Greenlight > Games > Defcon's Workshop
Greenlight is being retired. For more information on how to submit games to steam, refer to this blog post.
This item has been removed from the community because it violates Steam Community & Content Guidelines. It is only visible to you. If you believe your item has been removed by mistake, please contact Steam Support.
This item is incompatible with Greenlight. Please see the instructions page for reasons why this item might not work within Greenlight.
Current visibility: Hidden
This item will only be visible to you, admins, and anyone marked as a creator.
Current visibility: Friends-only
This item will only be visible in searches to you, your friends, and admins.
The Last Hope For All
Description Discussions2 Announcements5 Comments88 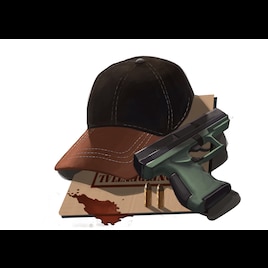 Defcon
Online
See all 17 collections (some may be hidden)
Recent Announcements View All (5)
News about The Last Hope For All
May 17, 2017 - Defcon

This is the first news from along time now, we are sorry about that.

The next few months after the last devblog was very hard, we get a lot of problems with Unity. After fixed some problems a new appear very fast. At this time, our motivation was low but still here to make a good game. After a couple of months, new problems with scripts and Unity and after some personal problems we take the decision to stop the developement.

For almost nine months, we make something new. At the beginning of December, we began in rethought about TLH4A. We began to write several ideas on the story, how to improve various points and to develop from zero the various levels and the environments.

After 2 months of writing, all environments and levels are developed. There is some cool idea about the coop story that we develop too but right now we work on the base of the player.

Having ended to write the levels and the environments we thought of which used engine, because on second thought we wanted to start all over again, we acquired news skills, whether it is in modelling, texturing, writing, level design and more.

We think about Unity and this idea was not possible. So we look for Unreal Engine 4, what game used this engine today, how he works, what we can do quickly and fast. After some tests, we get the UE4 !

The new version of The Last Hope For All will used Unreal Engine 4.

At this moment, today, we work on it every day, we make a good fps base with a lot interactions and we have our gun base already made. We don't want to show you screenshot because this is only prototype so this can change in the next few month.

We know, in the unity version, we used a lot of pre made asset and we don't want to make the same in this new version. We will used some pre made asset because this is for win some times on models or features but we will make alot of models, textures by our self.

We don't have any release date because for now, the goal for this year (2017) is to make a solid base
for the player, we want all interaction and features ready (guns, object interaction, animations, footstep system, pause menu, settings, saving system etc). If at the end of this years, the player base, main menu and zombies AI can be done this will be awesome ! Because if all this is over, we can start to work on 3d models (zombies, civilians, military, vehicles, props, building).

This is simple, before starting the "art stuff" we want to have the "scripting stuff" done.

For groupees owner, don't panic ! You paid for The Last Hope For All and we say thank you for your support ! And this is the same game but in the better version (in all points).

Thank you guy's for your support, we will give you some news about the new features and the point of the story soon !

Before all, we want to say thank you for you'r support (emails, comments, follows etc) you'r support motivates us in the development of The Last Hope For All !

About Steam :
Info :
- Steam Store page is almost done.
- Release date is not available for now (we would want to release it at the end of March but nothing is safe).
- About the price, for now (see lower) the price is $9.99 USD.

Art :
For the release of the Early Access a lot of community stuff will be available like :
- Trading Cards
- Badges
- Profil background

And now ?
Now, we work hard on the new AI system for the Flash Back game mode (randomly levels), the scaning system works perfectly but now we need to change some things with the other AI scripts.

We rethought the campaign because we think that we shall not arrive has to plunge the player into the scenario with only 5 levels, this is why we make an "Episode 2" with 5 more levels, 2 maps for Peagasus Project and "The Lab" for the Flash Back game mode. We hope you enjoy this news :D

Screenshot :
You can go HERE[www.the-last-hope-4-all.com] for check the new / old weapon models.

Thank you guy's for all you'r support ! And don't forget to follow us on facebook and trello for see the last news and follow the progress of the dev ;D

Defcon, Game Designer.
Read More
Description
We are on Greenlight!
The Last Hope For All is a FPS taking place in an infected part of the United states. TLHFA offers a variety of play modes in rich and varied scenarios with a huge amount of content.

Story
The new virus first appeared eight months ago. The US government had assured us that the outbreak was under control and isolated. They managed to contain the virus and moved samples to three different research laboratories in order to further study this deadly new strain. Now eight months later, the research lab in Washington has stopped responding to radio and satellite calls. My special forces squad was sent there to investigate and re-establish communications. We were hoping that it was just a radio problem ... We were completely wrong! Unfortunately this mission would surpass my worst nightmares.

Flash Back
This game mode is connected to the campaign, during the campaign you will unlock levels, these levels will be a spin-off and it will be generate randomly.

Peagasus Project
You need to kill all Zombies of the wave.

Q: Do you make DLC ?
A: No! The new content will be added by free update !

if you are more questions you can follow us on :

Defcon  [author] Mar 3, 2017 @ 8:17am
@markzero Hi, yes the website is down because this cost some money to keep this alive. Our trello don't get any update because the development was stopped for some months and now we use a better system for the tasks "hacknplan.com" but this is only private.

But for some news, we made some writing update for the scenario (same story but much bigger now), all levels as been detailed (on the paper), we will make a news soon but we don't want to give some big dreams.

For make quick, we change the engine, we move on the UE4 because on unity we used a lot a pre-made asset and we get a lot of problems on it. Now, we want to make all by our self (almost) so this take a lot of time but we have already started to work on UE4, for example, the main menu is already done and we work on the player basics now.

We will give you more news soon, maybe next month but don't be afraid, this game is not dead ! We love this project and we want to make things good on it :)

About the key, on groupees you buy the early access and the game, so don't worry about it.
Yes you can download the groupees version and report the bugs with pleasure, but the groupees is an very old version (a lot of things was added and changed).

About the game :
The steam version is almost done, always a problem with our AI and the randomly level but the game is very stable so this adds us confiding for a very close release :)

Thanks for your support.

alan May 13, 2016 @ 11:35pm
forgotten - i can download a beta ? at groupees - i havent just downloaded it because i dont wanna loose my steam-key (i dont know groupees very well). But if i should test the game i would test it with pleasure (sorry for my bad english)

alan May 13, 2016 @ 11:22pm
hallo and good morning - i have buyed this very good looking game some month ago. You have written that you will bring out the key at two steps (early access with not all content) and than the full game.

I´m a little bit confused if the key i will get from groupees is for the early-access or the full game.

Good luck for your game and your project :)
< >