Greenlight > Games > CrashWaveGames's Workshop
Greenlight is being retired. For more information on how to submit games to steam, refer to this blog post.
This item has been removed from the community because it violates Steam Community & Content Guidelines. It is only visible to you. If you believe your item has been removed by mistake, please contact Steam Support.
This item is incompatible with Greenlight. Please see the instructions page for reasons why this item might not work within Greenlight.
Current visibility: Hidden
This item will only be visible to you, admins, and anyone marked as a creator.
Current visibility: Friends-only
This item will only be visible in searches to you, your friends, and admins.
Iron Tides
Description Discussions1 Announcements9 Comments74 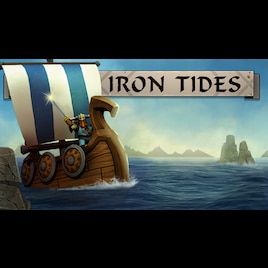 CrashWaveGames
Offline
See all 7 collections (some may be hidden)

View Iron Tides in the store

Store page
Recent Announcements View All (9)
Kickstarter Success, SxSW Game Pitch Finalists, and much, much more!
March 31, 2017 - CrashWaveGames
Warriors,
Thank you for your patience. A lot has happened since September and Iron Tides is a go. We do apologize for our silence. The community we've built has been incredible, and one thing we want to emphasize is that our Kickstarter was a success. We've been on a wild ride since then. For faster updates, just check out our Kickstarter page , or drop us a line at support@irontides.com.

What else is new? 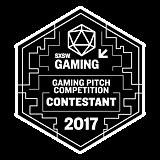 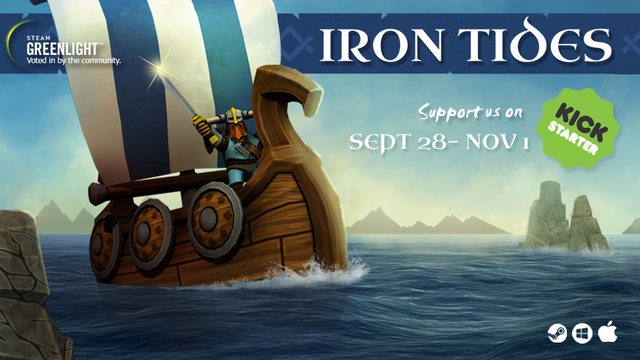 We're over $3,000 on our second day! Support our Campaign now![www.kck.st] In other news, we've updating our game page and are preparing ourselves to launch into Early Access by Spring 2017. 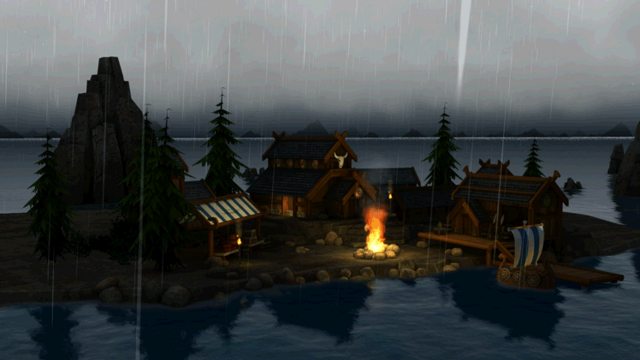 Norhaven is coming soon...
Participate in our community challenges and help us reach our stretch goals: 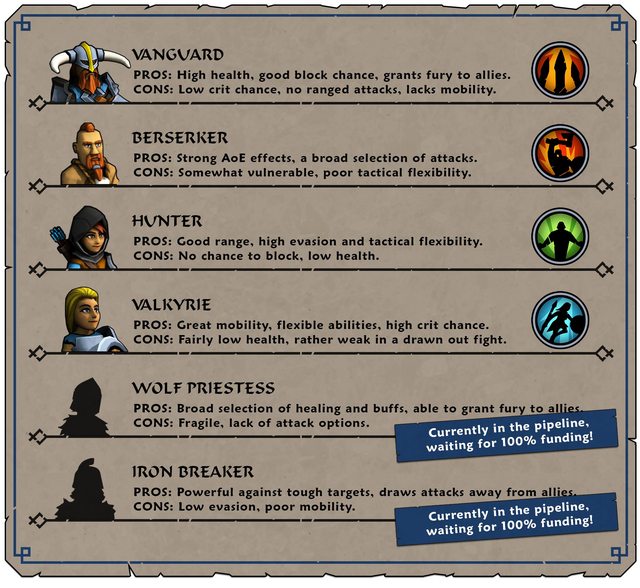 Iron Tides is a fearless tactics game, placing you in the eye of a stormy adventure. Set sail into uncharted seas and discover a realm of forgotten temples, fickle gods, and fierce Vikings.

Reunite your lost shield brothers, and make new allies as you lead your warband against ruthless raiders and savage tribes. Utilize clever tactics, powerful items, and the favor of the Viking gods as you battle exotic foes.

In the grey light of midwinter's eve the burnt hull of a longboat crashes onto the rocks of your coastal homeland. It is the legendary vessel of Sigurd the Frostborn, lost in the western seas more than a hundred years ago. Within its battered hold your people find endless wonders: ornate weaponry, strange statues and cryptic tablets clearly written by a half-mad scribe.

Your people entrust you to lead a fleet into the west, to seek out the lands from which this vessel must have come. Then, mere weeks into your journey, a monstrous storm blows in from the north. It nearly sinks your ship and throws you far off course. The rest of the fleet is nowhere to be seen.

Now supplies are starting to run low and your men keep whispering that the gods have abandoned you. There is no option but to find land soon. And whomever happens to dwell there will soon learn the wrath of the northmen...

Viking War Band – Uncover and customize a roster of Viking warriors, each with their own unique personality and combat style.

Unique Combat Mechanics – Make careful use of your Vikings' limited stamina, a variety of abilities and a blocking system that makes positioning and facing critical.

Favor of the Gods – Wield the power of the gods themselves by interpreting their omens.

CrashWaveGames  [author] Mar 31, 2017 @ 5:01pm
@KEKPOP: It's coming along! After a few extra months in development, we're closer to giving you the experience worthy of a chieftain.

CrashWaveGames  [author] Mar 31, 2017 @ 4:46pm
Hey everyone! Thanks for your feedback, we'll have an update ASAP, you can also read our updates through our website here: www.irontides.com

Iron Tides has been Greenlit and is now listed in the Steam store. For the latest information, purchase options, and discussions for Iron Tides, please see it on the Steam Store or in the Steam Community.
Visit Store Page
For more details Visit Community Hub
For latest discussions
If you really, really want to, you can continue to the Greenlight page. Information on this page may be out of date, since all the action has moved to the areas noted above.