Store Page
Team Fortress 2>  Workshop > Light08 ☆'s Workshop
This item has been removed from the community because it violates Steam Community & Content Guidelines. It is only visible to you. If you believe your item has been removed by mistake, please contact Steam Support.
This item is incompatible with Team Fortress 2. Please see the instructions page for reasons why this item might not work within Team Fortress 2.
Current visibility: Hidden
This item will only be visible to you, admins, and anyone marked as a creator.
Current visibility: Friends-only
This item will only be visible in searches to you, your friends, and admins. 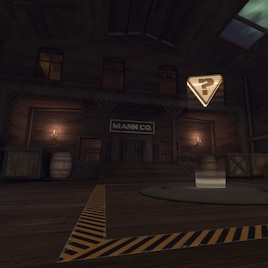 Light08 ☆
Offline
See all 10 collections (some may be hidden)

This item has been added to your Subscriptions. Some games will require you to relaunch them before the item will be downloaded.
Description
Welcome to Gravelstone!
A mining facility that was popular for its high amount of gravelstone, which it also has been named after.

For years has been gravel mined and delievered from this place to the Mann family.
However, on one day the miners discovered something strange in their cave and this event was later known as the Catastrophical Gravelstone Curse. Not much is known about this curse or what happened on this day nor what they really discovered, as the mountain collapsed and killed every single miner. Years have passed since this place was abandoned and avoided due to the Living Undead, that might have been a result of the curse. Now it's up to the Mercenaries to figure out what they discovered on that day that doomed and cursed this place and find a way to break this curse once and for all!

Important Note:
Due to the way on how the Workshop handles maps, I'm not allowed to include .nav files with the download. You'll have to manually download and install it. It's an important file that controls the A.I. of the npcs (and bots if you'd like). This one's an edited version which fixes the issues that come with the default A.I. on this map. Do not create one yourself.

Please keep in mind if you're playing with bots, they won't work correctly in Hell due to the complex hell-mechanic. This is an issue Valve would have to fix.

Map comes with new gameplay elements.
Witness the curse of Gravelstone and fight the Undead!

And if that wouldn't be already enough, hell is awaiting you with an unique flask-mechanic.

The map has been in works since the Halloween announcement back in September.
An original map I created out of an old, scrapped map I've been working on many years ago.
I think I've been working about 4 weeks on this map. Hope you enjoy!

Light08 ☆  [author] Oct 13, 2016 @ 3:56am
@Werewolf:
Seems like I accidentally removed it once I cleared my dropbox recently.
I re-uploaded it and updated the post. Link should work now.

Werewolf™ Oct 13, 2016 @ 3:13am
The Dropbox download link for the .nav file no longer works. Is there an alternate link available?

Light08 ☆  [author] Oct 25, 2015 @ 10:23am
Officially it's also called Gravestone. But seeing how most maps still have their original name (lakeside_event, hightower_event), but are officially called differently, I thought I'll just follow the trend.