Greenlight > Games > Yangyang Mobile's Workshop
Greenlight is being retired. For more information on how to submit games to steam, refer to this blog post.
This item has been removed from the community because it violates Steam Community & Content Guidelines. It is only visible to you. If you believe your item has been removed by mistake, please contact Steam Support.
This item is incompatible with Greenlight. Please see the instructions page for reasons why this item might not work within Greenlight.
Current visibility: Hidden
This item will only be visible to you, admins, and anyone marked as a creator.
Current visibility: Friends-only
This item will only be visible in searches to you, your friends, and admins.
The Letter
Description Discussions1 Announcements17 Comments162 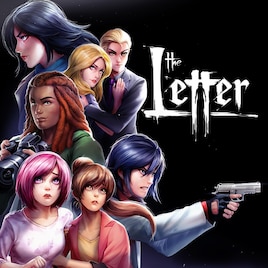 View The Letter in the store

He'ya gang!! We've got some exciting news: The Letter's Steam Page is finally up!!

Please help us spread the word around! And while we don't have an exact release date yet, it'll be soon! The last two years have been a hell of a ride for us, but we're now a step closer towards our dreams!

--
Be updated about our development progress! Follow us on our social media accounts!

Hello gang! It's been awhile since we posted an announcement, and we sincerely apologize for the silence on our end! There's been a lot going on these past months, but for those of you who are interested in our journey, you can read our monthly updates on our Kickstarter Page.

Anyhow, for those of you who don't know yet, we posted The Letter's beta demo last August! The beta demo has been an overwhelming improvement from the alpha demo, and we'd really appreciate it if you guys can take a look and leave us some feedback! We absolutely love hearing your opinions! :D

You can download the beta demo over at our Itch.io Store.[yangyangmobile.itch.io]

Aside from the beta demo, we've also made a massive re-haul our Steam Greenlight page! We've added more screenshots, changed the description of the game as well as the header image! Check it out! ^^

Thank you everyone and have a great day! ❤

Our beta demo is released! Play it now! The demo is feature complete, but not all content you'll see is finalized. We're working hard everyday to improve the game! (•̀o•́)ง

Please visit our Itch.io Store[yangyangmobile.itch.io] for the download links!

Content Warning: This game is rated Mature. It shows scenes that some may find disturbing and triggering. It also contains offensive language, sexual themes and violence. Player discretion is advised.

Disclaimer: This is a work of fiction. Names, characters, places and incidents are either products of the author's imagination or are used fictitiously. Any resemblance to actual events or locales or persons, living or dead, is entirely coincidental.

The Letter is a non-chronological, horror visual novel game with seven playable characters. It is inspired by famous Japanese horror films, Ju-On: The Grudge & The Ring, by the Korean web-comic, Bongcheon-Dong Ghost, and by horror jRPG games such as Mad Father and Corpse Party.

Development for The Letter is currently work-in-progress. Once the game is complete, it will first be released on Windows, Mac and Linux. It'll then be ported mobile, for both iOS and Android, shortly after.

Synopsis: In the outskirts of Luxbourne City stands a 17th-century English mansion, rumored to be haunted by vengeful spirits. After reading a letter discovered inside on the day of its open house, seven people find themselves trapped in a vicious cycle of madness plaguing the Ermengarde Mansion for centuries. Will they be able to free themselves from it, or will they become another casualty?

Countless butterfly effects; the choices and endings you get for the previous chapters heavily affect how the succeeding chapters will play out.

Beautifully painted art style, with over 80 backgrounds and 100 CGs.

A branching tree that keeps track of your progress/route.

A journal that narrates the events in chronological order, and jots down the clues found about the Ermengarde Mansion.

Be updated about our development progress! Follow us on our social media accounts!

Yangyang Mobile  [author] Apr 9, 2017 @ 4:10am
Hi Rukinon, it's an aesthetic style that we agreed upon at the start of development. We wanted the game to have a unique feel, to differentiate it from the rest of anime-styled visual novels out there. :)

#1 Simp May 31, 2016 @ 11:50pm
So excited for this games release! Just finished the diary app with Rebecca and Ashton, so I can't wait to see how much they've changed to be where they are now

The Letter has been Greenlit and is now listed in the Steam store. For the latest information, purchase options, and discussions for The Letter, please see it on the Steam Store or in the Steam Community.
Visit Store Page
For more details Visit Community Hub
For latest discussions
If you really, really want to, you can continue to the Greenlight page. Information on this page may be out of date, since all the action has moved to the areas noted above.