Greenlight > Games > Byron Atkinson-Jones's Workshop
Greenlight is being retired. For more information on how to submit games to steam, refer to this blog post.
This item has been removed from the community because it violates Steam Community & Content Guidelines. It is only visible to you. If you believe your item has been removed by mistake, please contact Steam Support.
This item is incompatible with Greenlight. Please see the instructions page for reasons why this item might not work within Greenlight.
Current visibility: Hidden
This item will only be visible to you, admins, and anyone marked as a creator.
Current visibility: Friends-only
This item will only be visible in searches to you, your friends, and admins.
Caretaker
Description Discussions0 Announcements7 Comments79 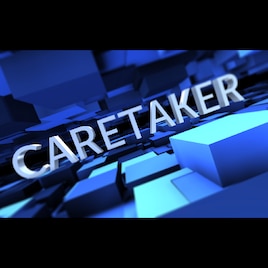 View Caretaker in the store

This is a bit off topic but Caretaker is also being turned into a Novel. It's something I wanted to do from the start of the game and now it's happening. Now the question is which gets published first, the game or the novel? Would be ironic if the book comes out before Valve green light the game :D

I had the amazing chance to exhibit Caretaker at MCM Comicon last weekend (23rd October) and it blew me away. I had never been to Comicon before so didn't really know what to expect. I had a 3mx3m stand and I filled it with two computers and two Oculus Rifts.

There wasn't a moment we had any spare time. We had constant queues to play Caretaker throughout the weekend. It was so busy I had to get an extra person in to help man the stand bringing the total up to 5 people looking after the stand and that still wasn't really enough.

Here's some photos from the event: 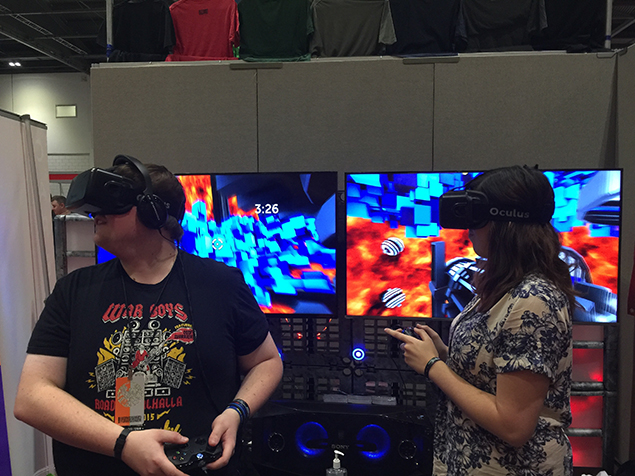 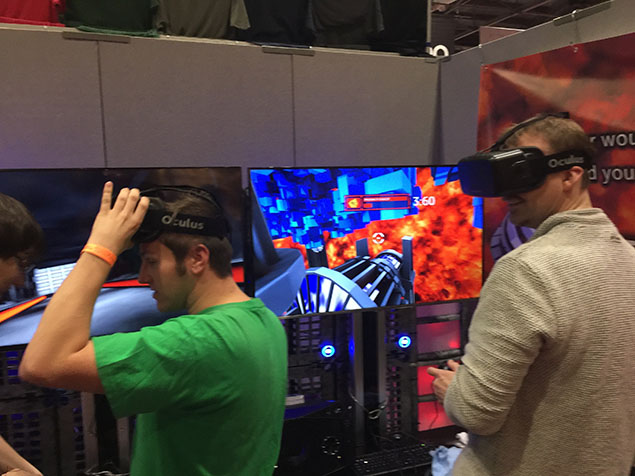 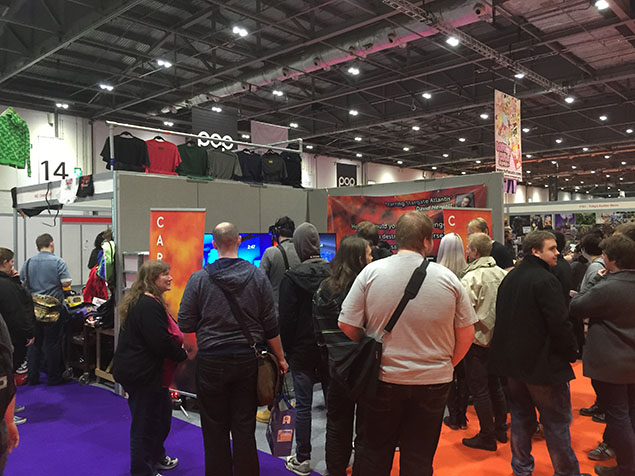 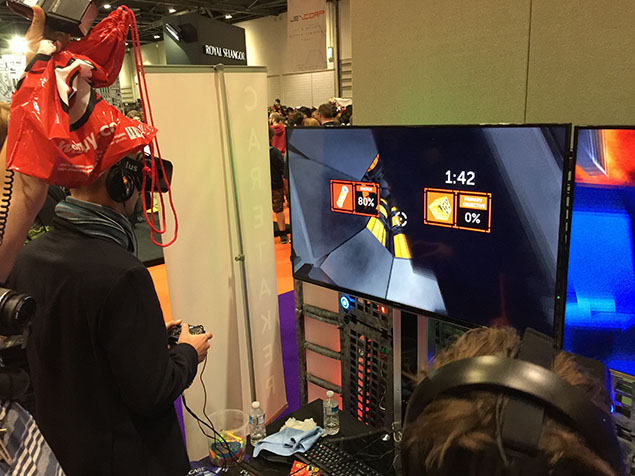 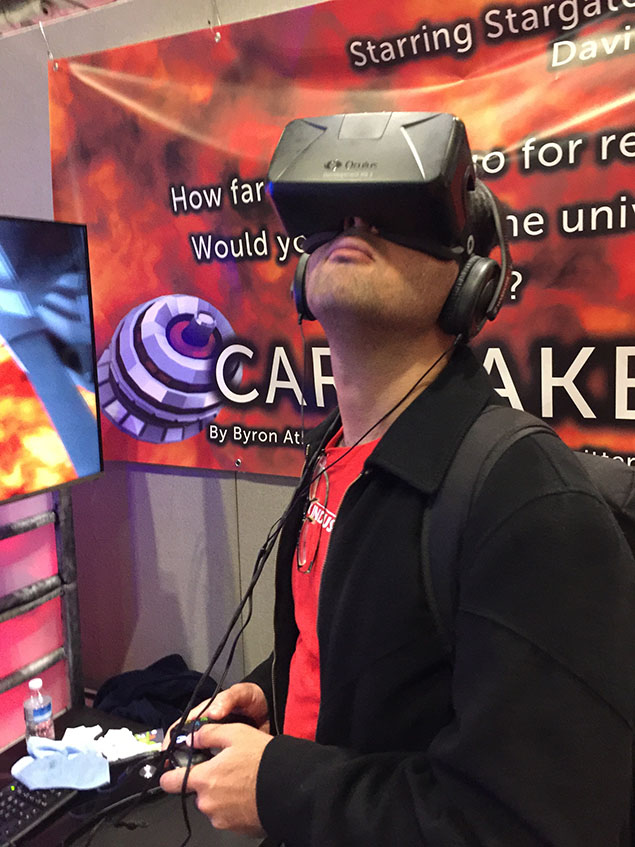 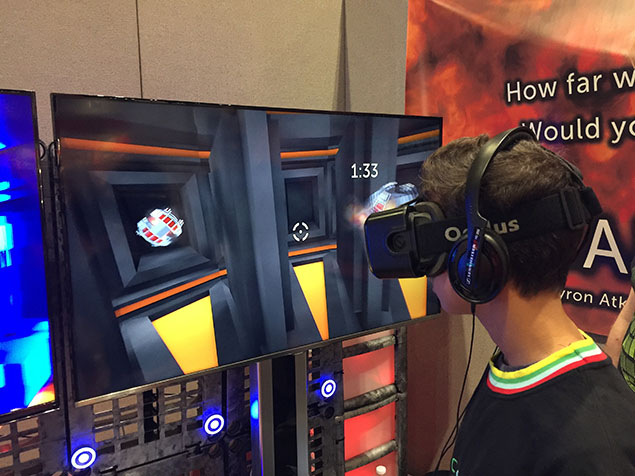 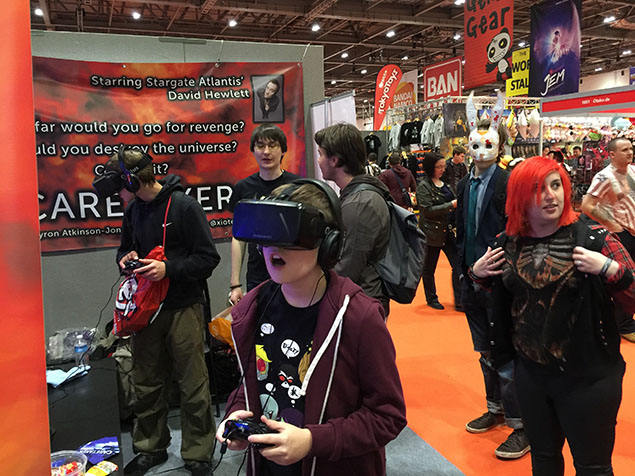 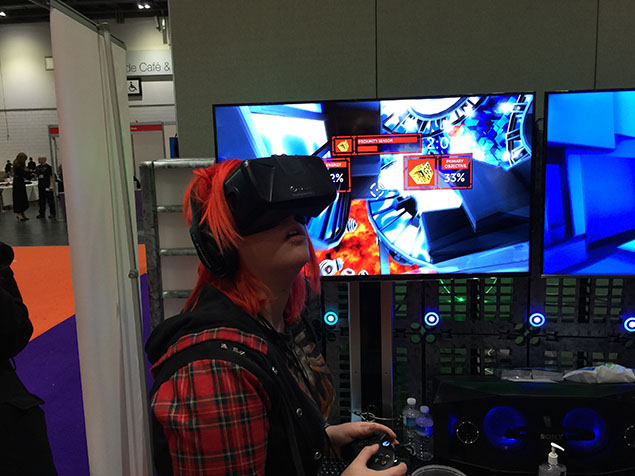 Don't forget to vote - every vote counts and gets us that bit closer to getting onto Steam - thank you!

It’s hard to say how long you’ve remained dormant but it’s probably been a very long time since all the stars went out. By now everyone you know and loved is dead.

The place you’re in? It’s the cause of it all – a massive alien structure that literally sucked all life out of all the stars in the universe. The good news is we got the architect of it all, the alien that did this to us.

You are our retribution, our revenge. You have to find your way through this structure and locate the Alpha device. There’s a reason why you were chosen for this mission and you’ll understand it when you find the device, but for now you need to ask yourself:

How far would you go for revenge?

Would you destroy the universe?

Caretaker is a sci-fi adventure unlike any other game you've played. It's set inside a totally alien structure so forget what you think you know - nothing will be familiar to you.

Caretaker is narrated by David Hewlett. David is an amazing actor and is best known for playing the role of Dr Rodney McKay in Stargate Atlantis. His voice work in Caretaker is phenomenal.

Caretaker is an exploration game. The alien structure you are in is massive and split across many levels. You'll have to find your way around and explore all corners in order to achieve your primary objective.

Caretaker is a sci-fi puzzle where the environment presents you with challenges, not only in how to progress but also in how to survive.

Caretaker is a stealth game. You do have the capability to destroy things that could harm you but it comes at a great cost. You'll have to learn how to get around without being detected and killed.

Caretaker is a story. It’s all about revenge and losing the people you love and what you would do. The story to Caretaker came first and the game second. The story unwinds across Caretaker's many levels but the choice is up to you to follow it or not - it's completely optional. 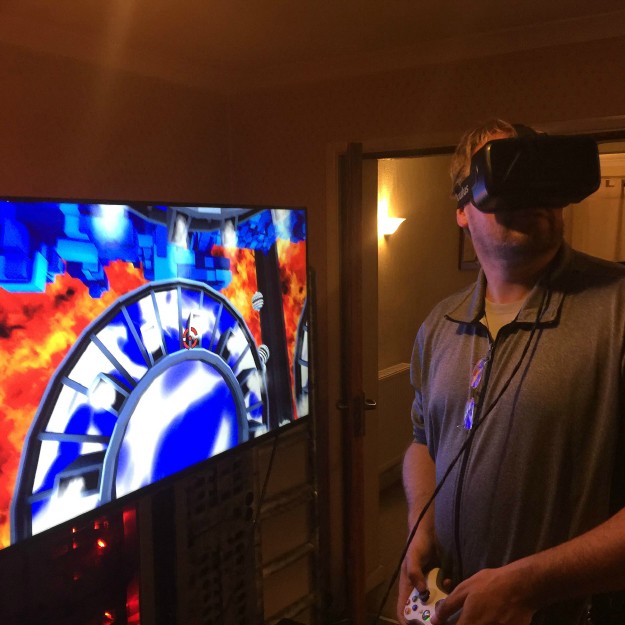 The best way I can describe Caretaker is an adventure game mixed in with a bit of stealth and an element of puzzle.

The game was built around a story so that's where the adventure comes in - what is this place you're in, why are you there? It's also a story about revenge but you’ll have to play it to find out where that comes in - not going to spoil the complete story. The story is completely optional though, you can choose to engage with it or not. That comes about from games I've played where the story annoyed the heck out of me and I hated being forced to read or listen to it.

In gameplay terms the game is split into a series of levels spanning a three act structure with each act being visually different - so far I'm only showing the first act, mainly because the other two are still being worked on.

The main objective is to locate code blocks for the Alpha Device but in order to do that you have to explore the environment you are in, overcome obstacles put in front of you and dangers from entities that inhabit the world.

As an example of one type of obstacle I've been playing with is that a large rotating fan blocks your way. If you try to go through it the fan will kill you so you have to figure out a way to stop the fan rotating using the tools you have. You can either block the fan using an obstacle you place into it or you locate and disable the power supply to the fan.

Once through you may encounter sentinels, which are the security measure in the alien structure. You can destroy them but it really drains your energy to do it so this is where stealth comes in - can you find a way around them without engaging them? Other entities are things like turrets, which have a fixed position but a large range to fire at you.

Caretaker stars the incredible voice talent of David Hewlett, who played Dr Rodney Mckay in Stargate Atlantis and has also starred in films like Rise of the Planet of the Apes and Cube. Caretaker has over 44 scenes with David in it.

You can hear some of the (edited) story narrated by David in Caretaker here: http://caretaker-game.com/CaretakerVODemo.mp3

Stargate Atlantis
Rise of the Planet of the Apes
Cube

Alone and confused, Caretaker tasks the player with navigating through the multi-levelled world to access its secrets and achieve an objective not too uncommon in videogames: revenge. As an unwelcome intruder, you will need to outwit the structure’s myriad defence system. Combining exploration, environmental puzzles and stealth elements, Caretaker is a neon-hued adventure that will undoubtedly benefit from the advantages of virtual reality (VR).

Ever had that feeling that you’re awake but you don’t know where? Maybe you had too much to drink last night and woke up in the middle of a busy traffic intersection’s grass verge wondering why everything is so damn loud (and yes, I have done that before). Maybe you’ve awakened in a strange bed, alone, confused by the fact that there’s no Power Rangers duvet covering your butt-naked form. Hell perhaps you just woke up from a nap on an empty train going to Cthulhu knows where with no phone signal and flickering strobe lights giving you a headache. It’s a state of mind that I’m sure we’ve all woke up in at some point in our lives, a state Xiotex Studios has masterfully transplanted from the harsh reality of our world and into the digital realm with Caretaker.

David Hewlett is a name you might know as he played Rodney McKay in the Stargate TV shows although I was interested because of his involvement in the movie Cube. He was the guy who designed the outer bit of the cube that they’re trying to escape and Caretaker has an echo of that claustrophobic trap avoidance. It’s entirely avoidance-based meaning you float around this maze of tunnels and openings while either trying not to get spotted or trying to draw them away from a space you need to get to.

Nobody told me, wish they had, beem working like crazy on the build for Early access for the last couple of months. You could have at least sent me a message to let me know it was dead.

I think Andy would have liked to know too https://www.twitch.tv/acidheartburn/v/70068129

Thanks to you all for making this possible!

I'm really glad you came to play it. I must admit I love flying around in VR, it brings a whole new dimension to games that I certainly never thought possible. Just think - the commercial kits are even better than the DK2 you tried too so it should be crystal clear. I can't wait!

Good luck with the Unity dev and if you need any help then hit me on twitter (@xiotex) and I'll be glad to help where I can.

grunthos Oct 28, 2015 @ 7:49am
Hey Byron. I met you at Comicon (I'm another Unity developer) and you kindly took a few minutes to talk about Unity and the Rift hardware. I was very impressed by Caretaker. The immersion was great, the colour scheme and GUI were slick. I could have stayed in there for hours. When I took the headset off, my body felt very light and wanted to fly up to the top of the exhibition space and look around. I'll certainly be getting this with the consumer Oculus. Best of luck with your launch.

Caretaker has been Greenlit and is now listed in the Steam store. For the latest information, purchase options, and discussions for Caretaker, please see it on the Steam Store or in the Steam Community.
Visit Store Page
For more details Visit Community Hub
For latest discussions
If you really, really want to, you can continue to the Greenlight page. Information on this page may be out of date, since all the action has moved to the areas noted above.