Store Page
Team Fortress 2>  Workshop > Flower Shop Guy - ♫'s Workshop
This item has been removed from the community because it violates Steam Community & Content Guidelines. It is only visible to you. If you believe your item has been removed by mistake, please contact Steam Support.
This item is incompatible with Team Fortress 2. Please see the instructions page for reasons why this item might not work within Team Fortress 2.
Current visibility: Hidden
This item will only be visible to you, admins, and anyone marked as a creator.
Current visibility: Friends-only
This item will only be visible in searches to you, your friends, and admins. 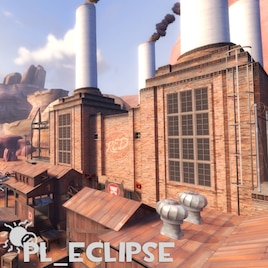 This item has been added to your Subscriptions. Some games will require you to relaunch them before the item will be downloaded.
Description
"Eclipse" - is a large single-stage Payload map with a varied style and gameplay, themes set in the industrial desert of the 20th century, consisting of 4 points.

Info:
Red team has aquired a huge supply of electricity, becoming the leading source of nuclear and solar energy. Blue team's feeling a bit jealous... (well, mainly because they do not have such a cool POWER STATION!) so they decide the best course of action is to destroy everything. Red team must defend their power station at all cost, and they must do it quickly, because the eclipse is coming!

Is there an Actual Eclipse?
Unregulated Capitalism

Doctor Strange Feb 20, 2017 @ 4:34pm
Animals, the best album of all time.
As a massive fan of Pink Floyd (Enough to have tickets to Roger Waters this summer!!)
I thank you for this!

To the person who made this map, as a huge fan of Pink Floyd: I love you

An IMC Grunt Jul 21, 2016 @ 11:51am
Ah, Battersea Power Station-saw the resemblance and was about to point it out, but I just found that someone had already beaten me to the punch!