Greenlight > Games > VectorStorm's Workshop
Greenlight is being retired. For more information on how to submit games to steam, refer to this blog post.
This item has been removed from the community because it violates Steam Community & Content Guidelines. It is only visible to you. If you believe your item has been removed by mistake, please contact Steam Support.
This item is incompatible with Greenlight. Please see the instructions page for reasons why this item might not work within Greenlight.
Current visibility: Hidden
This item will only be visible to you, admins, and anyone marked as a creator.
Current visibility: Friends-only
This item will only be visible in searches to you, your friends, and admins.
MMORPG Tycoon 2
Description Discussions4 Announcements4 Comments217 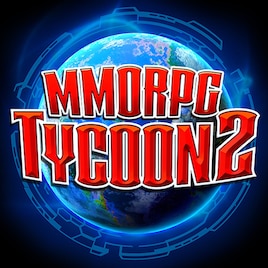 VectorStorm
Offline
See all 16 collections (some may be hidden)

View MMORPG Tycoon 2 in the store

Store page
Recent Announcements View All (4)
MMORPG Tycoon 2 has been greenlit!
May 27, 2016 - VectorStorm

We made it! After two weeks on Greenlight and sitting at rank 22, we were greenlit at about 4am local time. Wonderful news to wake up to!

Huge, huge thanks to everyone who voted, shared, or just said nice things about the game; this is something I've been wanting to do for many years, and it's amazing to see so much support! Thank you all so much; I couldn't have done it without you!

Now to buckle down and finish it up so I can get it into your hands! :D

I'm absolutely overwhelmed. Thank you all so much for your comments and for your votes! Because of your support, after only nine days, we're ranked at #24 out of all 2,300 games currently on Greenlight!

I can't even begin to thank you all properly, so I'm just going to buckle down and get back to work to get the game into your hands just as soon as possible!

Thanks so much, everyone! You're all awesome! <3

MMORPG Tycoon 2 is a single-player world-builder game about creating the greatest MMORPG of all time – yours.

Get ready for a creation and customisation game on the grandest scale, with a world as large as the original World of Warcraft.

In MMORPG Tycoon 2, you exist inside the game world as its creator, building the greatest MMO world and watching your AI players enjoy (or complain!) about the world you have crafted.

You are in control of buffing and nerfing the in-game classes. You wield the banhammer – will you use it to ban cheaters, or to troll your users? Your choices could create a great reputation, or perhaps a scandal that will bring more media coverage to your game.

In MMORPG Tycoon 2, you can be a wild game developer, as experimental as you please. Feel like building an MMORPG which contains no combat? Or maybe you want your MMORPG to be a hardcore roguelike which outright bans subscribers if they die in the game? Or perhaps you want to make a game where your players quickly reach maximum level, and then just fight each other in a massive PvP free-for-all?

Some questions about the game.
EsdricoXD

VectorStorm  [author] Jul 23, 2017 @ 6:54pm
Yes, we're still under development! There were some major production troubles earlier this year as a few team members suddenly became unavailable, which slowed down development for a while. Apologies for that! We're back up and running now, though! If you're interested in the game, you can follow the progress on the game in much more depth on our discussion board over here: https://discuss.mmorpgtycoon.com/

VectorStorm  [author] Mar 27, 2017 @ 7:28pm
Hi, masterpierround! The current plan is to aim for a $20-$25 price point; I feel like most tycoon games need to reach that general price point, in order to be taken seriously, which also means that they need a lot of content, to make them justify that price. It's this content-adding and economy-tuning that I'm working on right now; the core game simulation itself is basically complete at this point.

masterpierround Mar 25, 2017 @ 11:28am
I'm not expecting anyone to see this, but does anyone have a price estimate for this game?

MMORPG Tycoon 2 has been Greenlit and is now listed in the Steam store. For the latest information, purchase options, and discussions for MMORPG Tycoon 2, please see it on the Steam Store or in the Steam Community.
Visit Store Page
For more details Visit Community Hub
For latest discussions
If you really, really want to, you can continue to the Greenlight page. Information on this page may be out of date, since all the action has moved to the areas noted above.