Comments
Overview
Universal Defenders as a class can intercept the ball flying on the adjacent cell. The guide describes how the defenders choose the cell to intercept and how their attribute Defence is stacking.
Basic Rules
Examples
There are few examples of how it works. To make it more understandable, I made the Defence for every defender equal 100. Same for the goalkeeper. Accuracy of the forward is also 100. 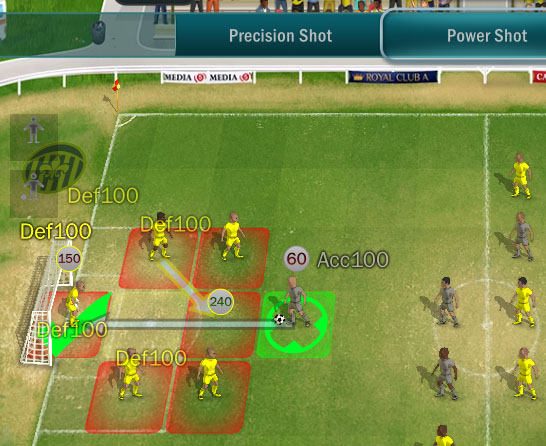 Everyone tries to intercept the ball close to the kicking cell 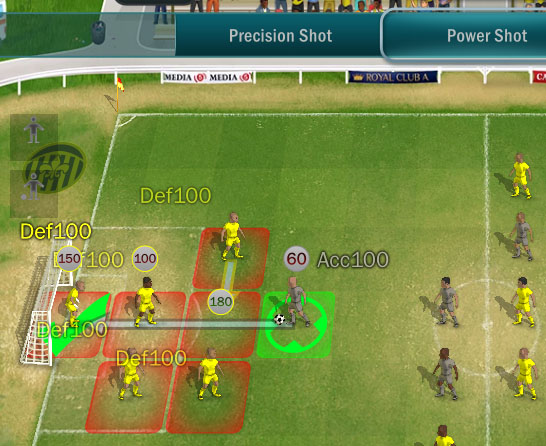 Defence of 3 defenders is stacking 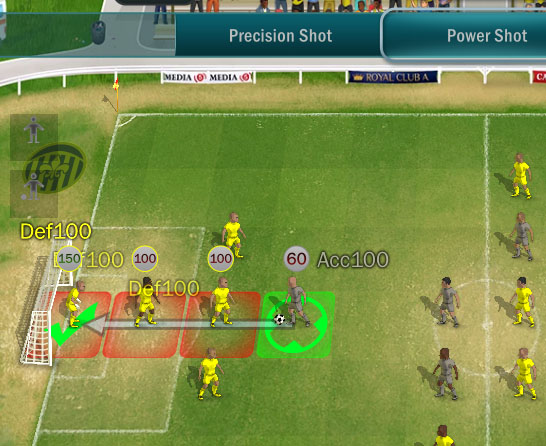 No defence is stacking. Defenders on the line of the ball try to intercept it with their full Defence 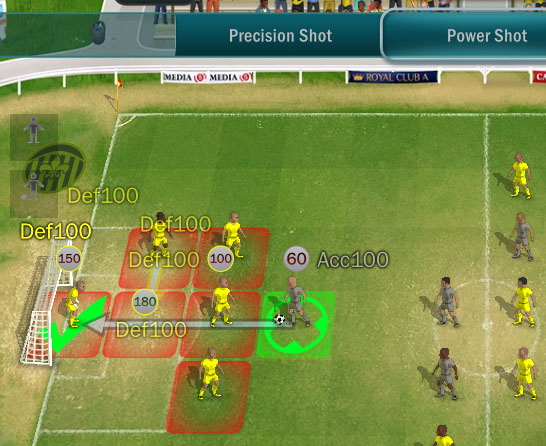 The good way to defend your goal is to put one defender on the line of the ball. Other 3 defenders stay adjacent to the line of the ball flying. So they will try to intercept it behind the main defender. 60% of their Defence will stack (for Precision Shot it will be 40%) 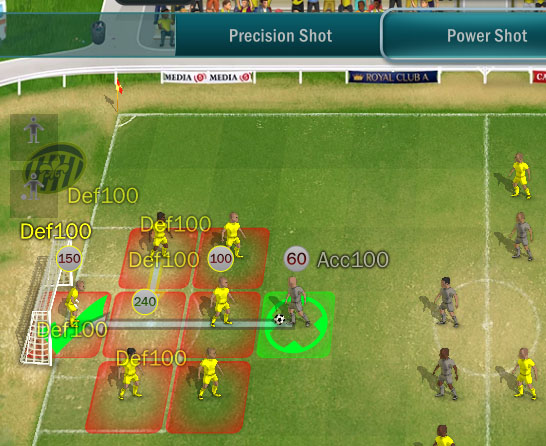 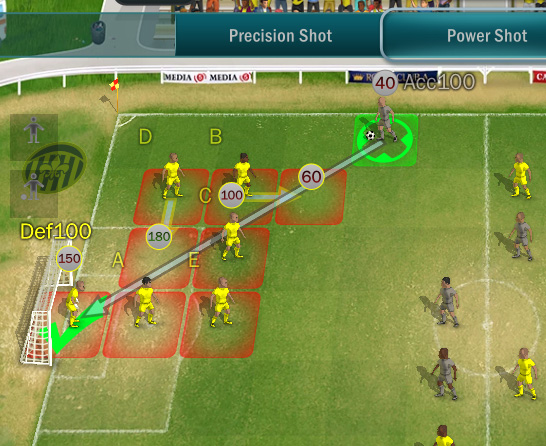 - B and C stay adjacent to the cell where the ball will fly. However, footballer C stays on the line of the shot. So C intercepts the ball on his cell. Only B will try to intercept the ball on the adjacent cell.

- A, E, D stay near another cell where the ball will fly. So their Defence is stacking on this cell 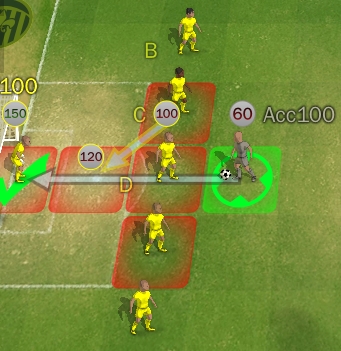 Wide used formation with 5 defenders. Now you can see why it's so popular: defence is stacking behind the central defender.

Norax Mar 31, 2020 @ 9:44pm
I can't find a picture of the malus to accuracy based on the distance to the goal. Is there any in the ingame-pedia? I know theres a tutorial with one, but I want to check it in the middle of a match.

Doomsday31415 May 2, 2017 @ 1:33pm
This would be much more intuitive if arrows appeared for ALL defenders guarding a single square instead of just one.

RoadRager1904 Apr 22, 2016 @ 11:22am
Excelent guide, now I know why my 5-man box in front of goal (like you have in the "Even more stacking Defence" example) was a real stop to slightly superior teams. Could you make the reverse guide, i.e. best forward placement for X-man defensive formations? I usually match the midfield, and put an extra man in defense against their attack, but I rarely know how to put my attackers on field, I go by eye, and it's not perfect.