Store Page
Templar Battleforce > Guides > Trese Brothers's Guides
This item has been removed from the community because it violates Steam Community & Content Guidelines. It is only visible to you. If you believe your item has been removed by mistake, please contact Steam Support.
This item is incompatible with Templar Battleforce. Please see the instructions page for reasons why this item might not work within Templar Battleforce.
Current visibility: Hidden
This item will only be visible to you, admins, and anyone marked as a creator.
Current visibility: Friends-only
This item will only be visible in searches to you, your friends, and admins. 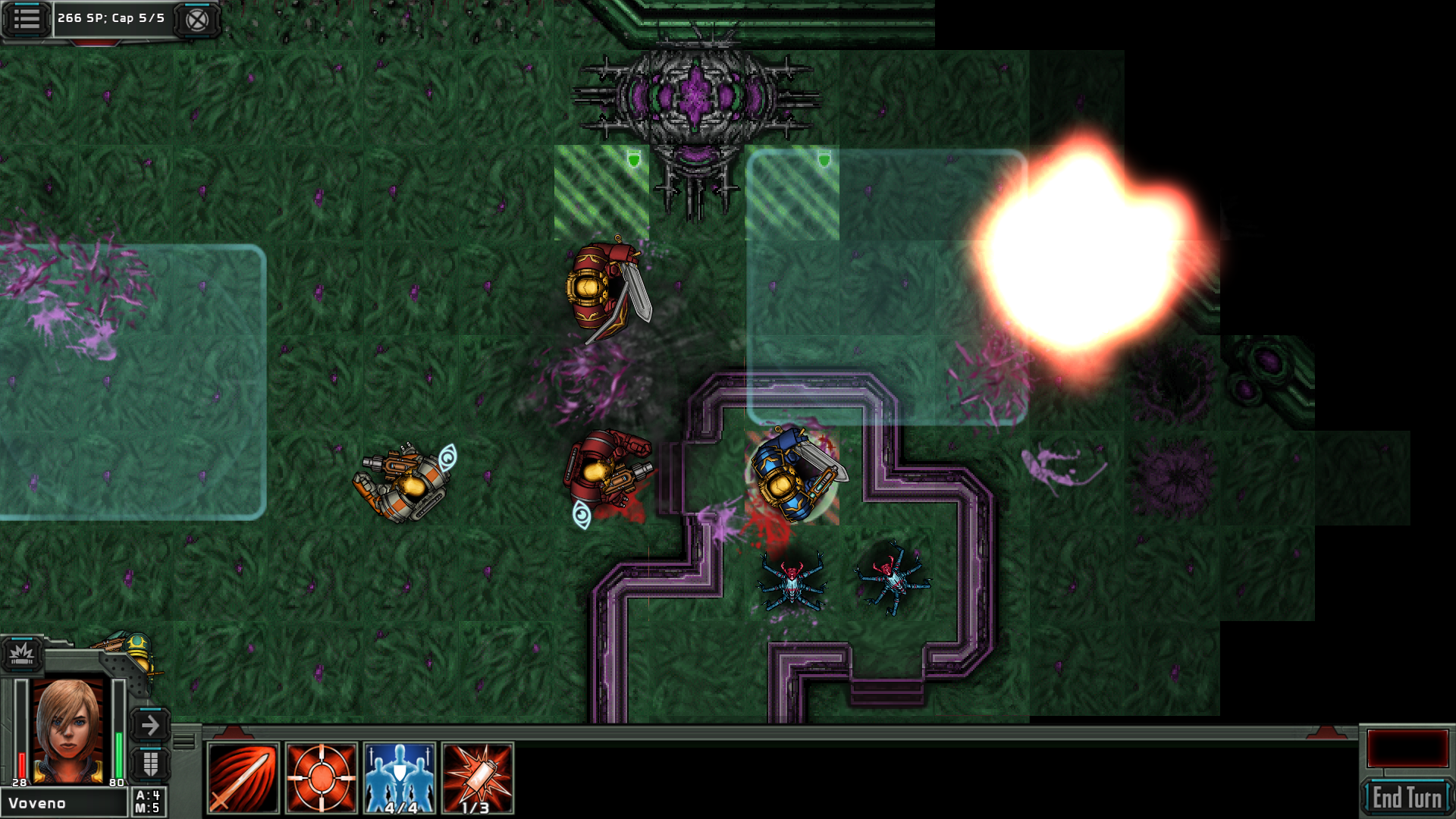 Templar Battleforce's combat system uses a few types of dice rolls in combat. We will cover the basic types here -- they are not as complicated as they may sound.

Opposing Pools
The first is to roll opposing pools of dice. This type of dice roll is used in attack and defense.

The amount of strong and standard dice you have in your pools is determined by your Talents, Weapons, Skills and Attributes.

One Big Dice
When rolling damage and armor, "big dice" are rolled. If you do 30 - 60 damage, than a D31 (a thirty one sided dice) is rolled. This can give you a pretty wide range of damage (from 30 to 60) depending on the score on the die.

Percentage Roll
Often, a percentage is rolled. In this case, a D100 (a one hundred sided dice) is rolled and compared to a percentage. For example, in the case of a 15% Critical chance, a D100 is rolled. If the roll is 15 or less, a Critical is scored.
Attack and Defense 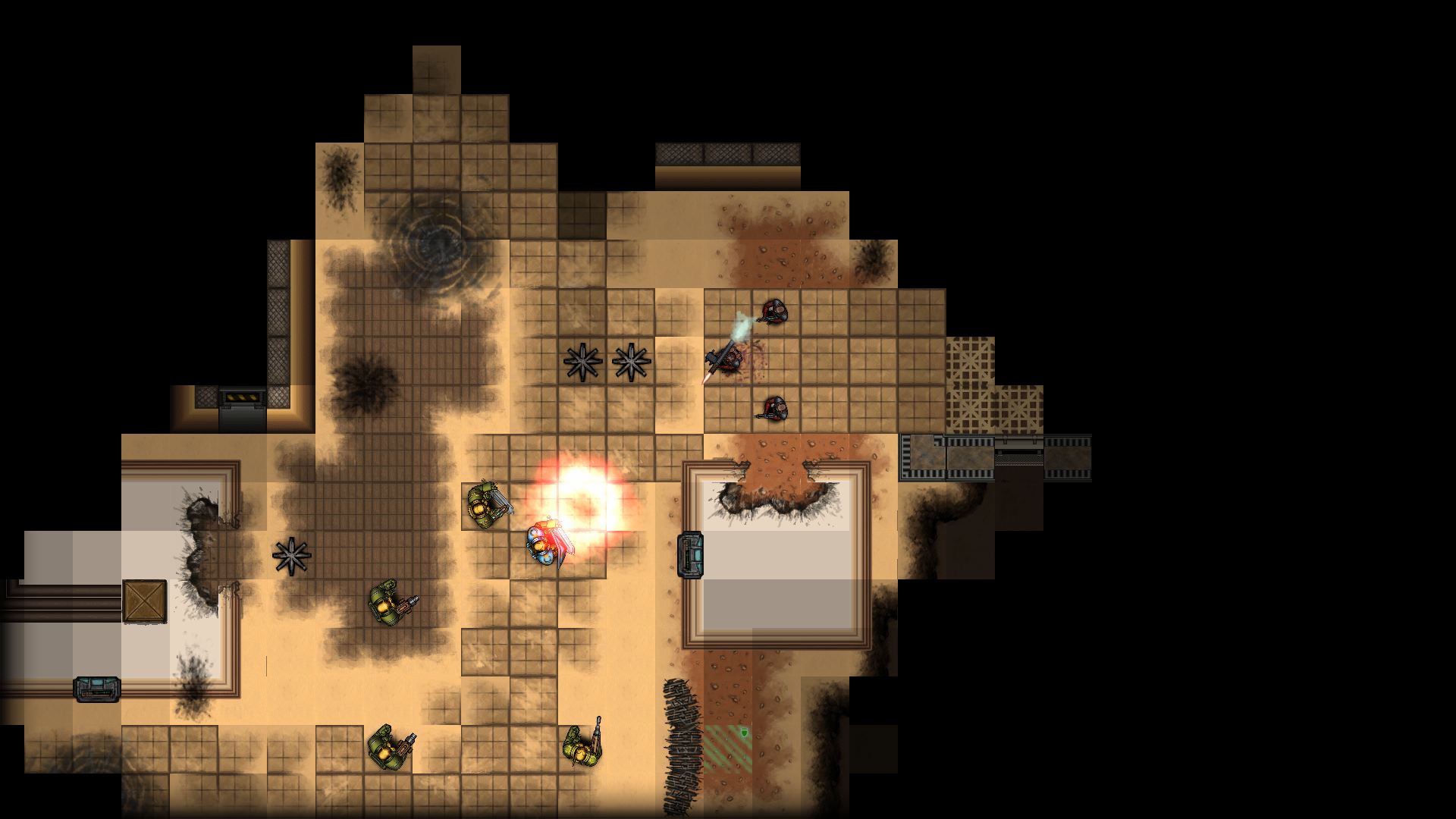 Attacking and defensing is a process of rolling two large pools of strong and standard dice and counting successes. If the attacker has more successes or ties, the attack hits. If a tie is scored, or the attacker misses, there is a chance for a counter-attack if the original attack was melee.

Attack Pools
The pool of dice and the strong / standard nature of the dice depends on the Talent and type of weapon you are using.

In a melee attack, your pool consists of:

In a ranged attack, your pool consists of:

Defense Pools
In a melee defense, your pool consists of:

In a ranged defense, your pool consists of: 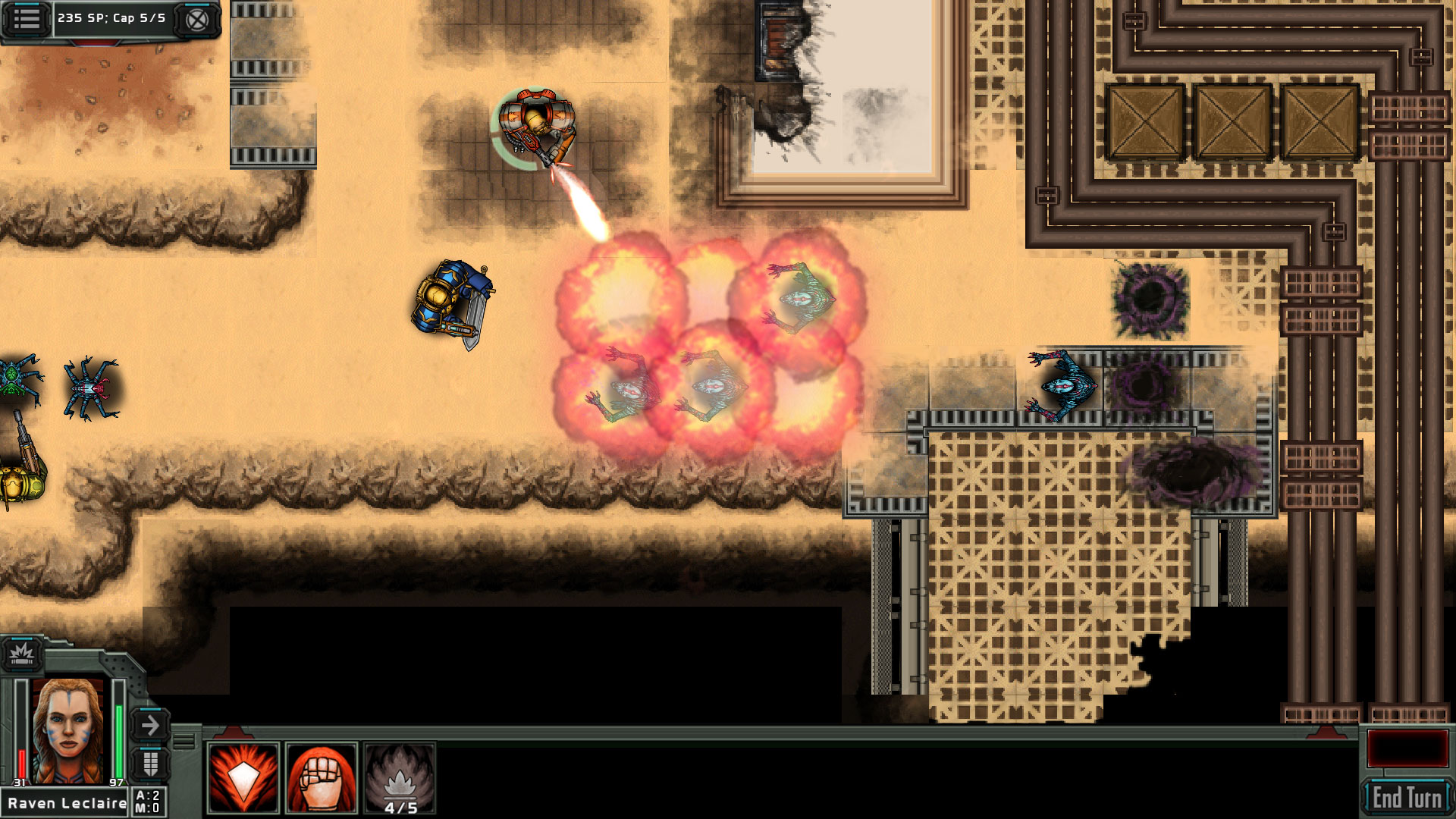 Damage
Damage is broken out into multiple types. Standard physical damage is caused by weapons, such as 30-60 Damage. When an attack hits, the attacker rolls damage. The standard damage is rolled on one big die, so in the example of 30-60 Damage, that is a D31 + 29 damage.

Specialized weapons, gear, buffs or Talents may add special damage, such as Bio-Poison, Fire, or Plasma. In the case of special damage, the amount of damage is rolled as one big die, but this type of damage guarantees at least 33% damage, always rounded down. Therefore, if you cause 18 Fire Dmg with an attack, a D18 is rolled to determine the damage. However, by the 33% rule, the damage calculator will set the score to 5 if the die rolls less. All special damage is handled separately from standard damage and soaked by Resistance as opposed to armor.

Resistances function the same way. All special damage is resisted by your standard Resistance, half of which is reduced without any dice roll, and the other half rolled as a one big die. Then, specific Res is applied, so Fire Dmg is resisted by Fire Res. Fire Res is basically armor for Fire Damage. If you have 18 Fire Resistance, you can soak up to 9+D9 Fire Damage.

For example, the target is taking 39 standard damage and 6 Fire damage. The target has 24 Armor, 4 Resistance and 2 Fire Resistance.

The final soak pass is applied. In our example, the target her 6 Fortitude and 3 Willpower. As a Scout class Templar, the Fortitude Class multipler is 0.5 and the Willpower multiplier is 1.0. This results in 3 soak for fortitude - a 1+D2 rolls total of 2. And the Willpower soak is 3 as well, resulting in a 1+D2 rolls a total of 3. These are soaked out of the damage, and the true final damage is 27.

Penetration and Deflection
Penetrating Hits
All weapons provide a penetration value and all armor provide a deflection value.

Whenever an attack hits, and before armor soaking is done, a penetration roll is made. The target's Deflection value is reduced by the attacker's Penetration value. For example, an enemy with 80 Deflection has their value reduced by your attack's 42 Penetration. A D100 is rolled against this remainder, in this case 38. If the attack is more than or equal to the value, a penetrating hit is scored.

In the case of a penetrating hit, the 50% of armor value that is usually immediately reduced from damage is ignored. Only the armor's 50% dice is rolled. Penetrating hits do not affect Fire Damage or Bio-Poison.

On the map, a penetrating hit can be see when a "p" is printed after the damage, such as 42p.
Overwatch 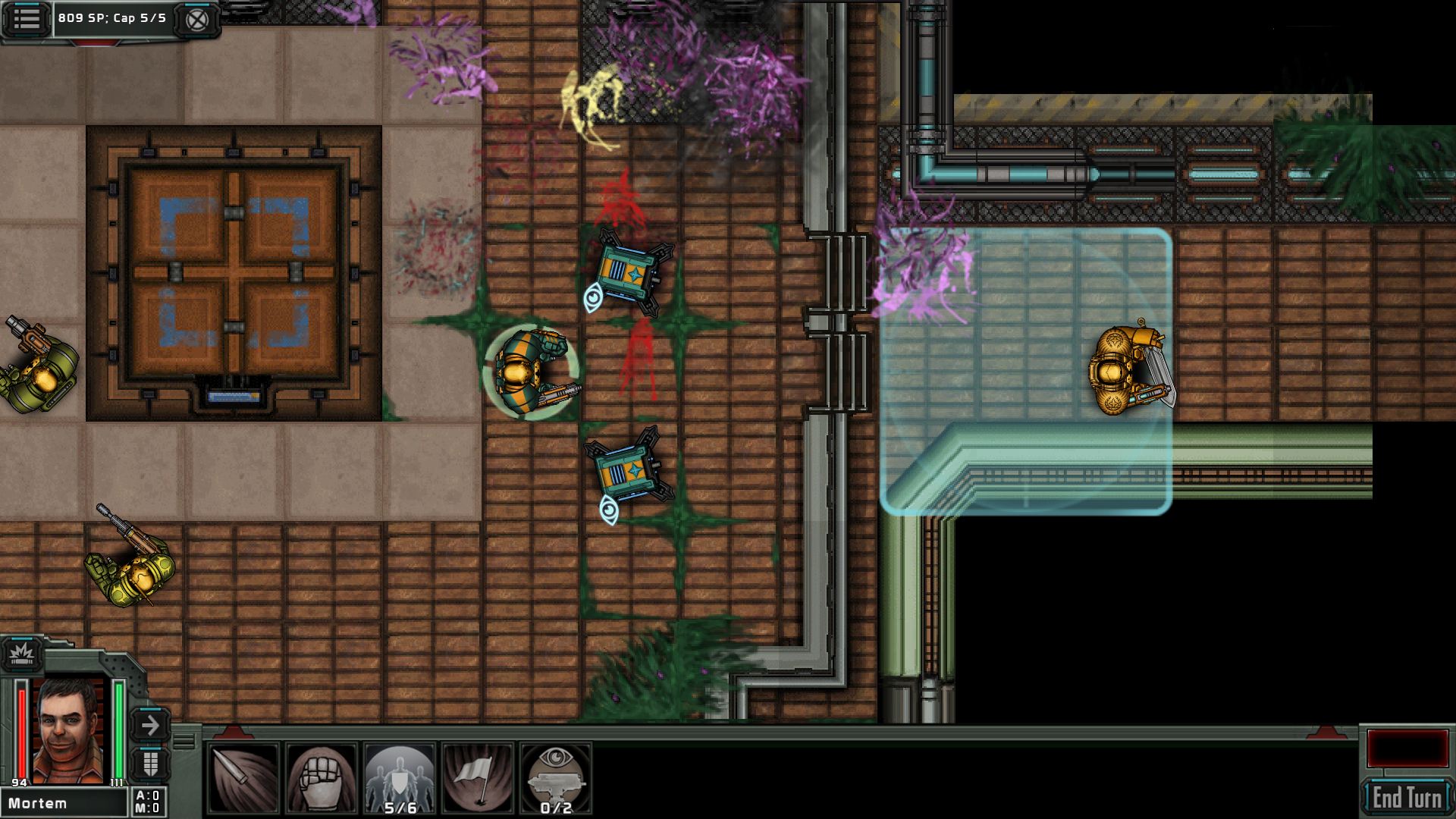 Soldiers and Neptune Templars can use Overwatch to setup a fire zone on a protected area. If an enemy tries to move into any square covered by the template, the Templar opens fire before the move occurs. A target hit by an Overwatch attack may stop moving or plan a new route forward after the attack. Every attack with Overwatch adds Heat to the firing Templar. 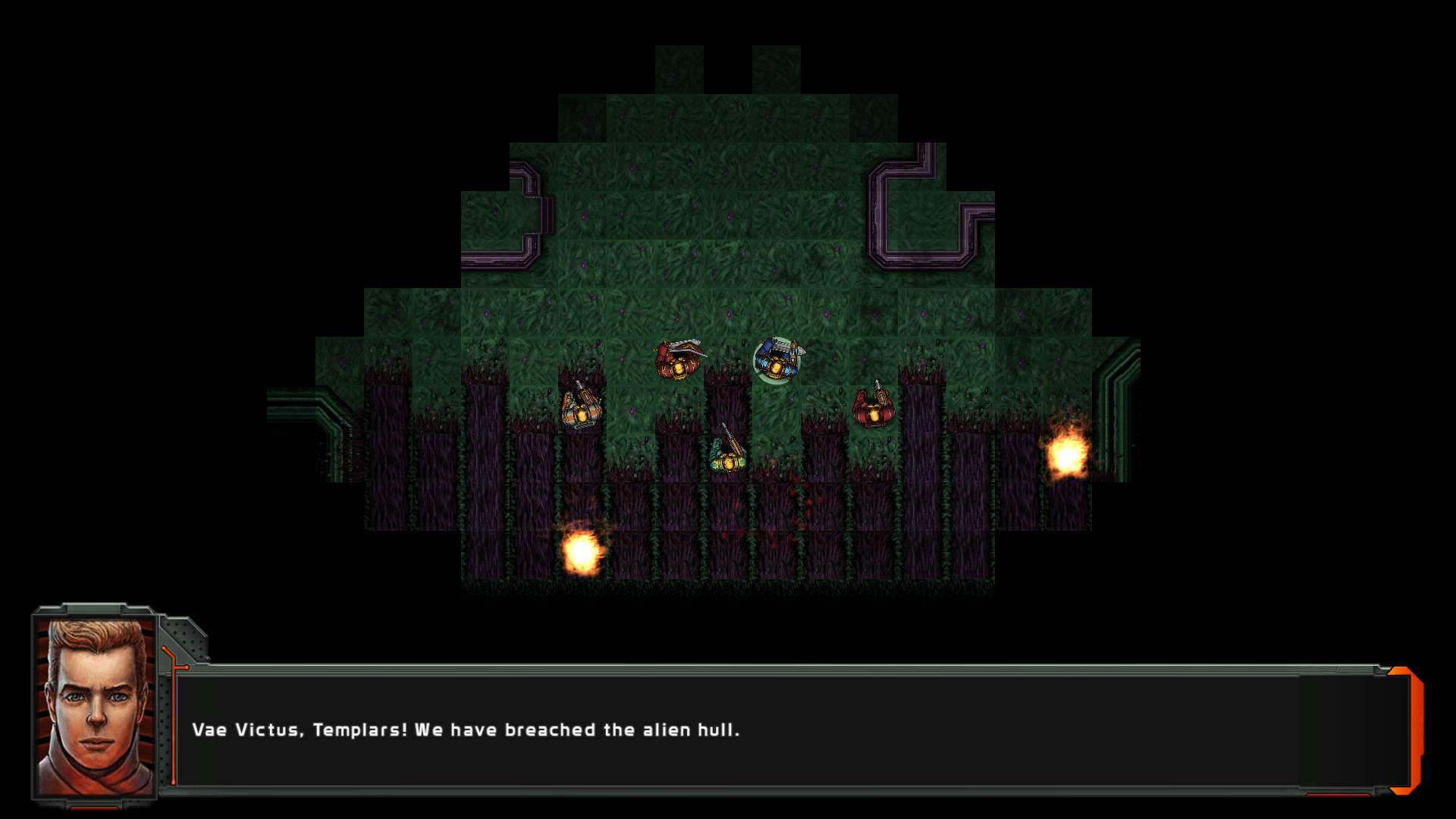 Combat is full of special situations in which you can gain an advantage.

Auto-Block
Whenever a Templar is attacked in either melee or ranged, an Auto-Block percentage roll is made. All of your Auto-Block bonuses are added together, plus your Focus Attribute, into a final percentage and a D100 is rolled against it. If you roll less than your final score, the hit is immediately blocked. In the case of a melee attack, you get a chance to roll for a counter-attack.

Buffs, gear, and weapons may increase Counter-attack %. Your Quickness is also added to your Counter-Attack %. Even in the case of hits, an additional D100 roll is made whenever your Templar is the target of a melee attack. If your Templar rolls less than your final Counter-attack score, you make a Counter-attack immediately.

Whenever a Counter-attack is made, the Templar uses their first Talent. For example, your Captain uses the Slash Talent. Therefore, improving Slash can make your counter-attack more powerful.

Bio-Poison
Needle Rifles and Sidearms fire deadly metallic darts that deliver deadly bio-poison agents against their target. At the time of the attack, the Bio-Poison rating is rolled as special damage against the target and resisted by Bio-Poison Resistance.

Trese Brothers  [author] Jul 28, 2017 @ 7:34am
@Kind_of_blue - the best place is to start a discussion thread on the board about the bug. Include links to screenshots if it at possible. Sounds like a misprint in the logs, but all the details and a screenshot or two to show what you're seeing would be very helpful.

Kind_0f_BLue Jul 28, 2017 @ 4:53am
I've noticed that skills that are supposed to reduce Dodge, such as concussion grenade and fire commander reduce overall defense instead, as in Dodge AND Parry. I noticed this because my melee % to hit increased aswell as the ranged one. Is this intended and a misprint or miscoded?

Im only this finnicky, cause I love the game already after 3 hours and want to fully understand it to beat it on iron man :)

I have corrected the text display in the error. While toughness was being rolled correctly, it was not being added to the high end of the range in your soak during the logging phase. For the next update, you'll see [34-52]=49 for your Paladin with 14 Toughness.

Also several times now my 38 armor Paladin with 14 toughness rolled something like [34-38]=49
vs a pure standard attack. So i would guess the 49 comes from a lucky roll on the toughness soak, but why is the lower bound of my soak not 20, if the toughness soak is applied afterwards?

We can work on adding this data. It is different for every type of weapon and attack (melee, ranged, sniper, grenade ...)