Greenlight > Games > thehouseofwire's Workshop
Greenlight is being retired. For more information on how to submit games to steam, refer to this blog post.
This item has been removed from the community because it violates Steam Community & Content Guidelines. It is only visible to you. If you believe your item has been removed by mistake, please contact Steam Support.
This item is incompatible with Greenlight. Please see the instructions page for reasons why this item might not work within Greenlight.
Current visibility: Hidden
This item will only be visible to you, admins, and anyone marked as a creator.
Current visibility: Friends-only
This item will only be visible in searches to you, your friends, and admins.
Trawl
Description Discussions0 Announcements2 Comments62 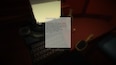 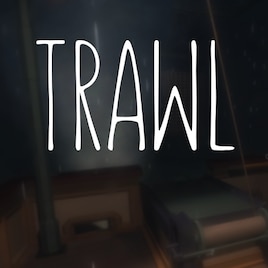 thehouseofwire
Offline
See all 5 collections (some may be hidden)

View Trawl in the store

Trawl is available to play immediately on itch.io:

If you like it we'd love for you to come back and vote 'Yes!'

Hi guys, some people are asking that we post more involving gameplay videos so that you may better get an understanding of what the game is about. The current video we agree gets the "feels" of the game across and we wouldn't want to spoil anymore of the game for anyone.

That said we understand why people might want to reserve Judgement, so we are going to post some links to articles about the game so that you can see what other people thought and read some nice descriptions of the "gameplay" that we think do it justice.

We hope this wet's your appetite and if you want to go ahead and play the game then you can pick it up from http://houseofwire.co for a small fee.

Thankyou for the interest!

Trawl is a first person experiential game of discovery and creativity.

First you must figure out how to operate the various parts of the boat, manipulating the wheel, throttle and the net. Then, trawl the sea to recover discover what secrets are hidden in its depths and record your findings on your typewriter. The sea has many stories to tell, and will reward multiple voyages.

Trawl is not a 'gameplay' heavy game in the traditional sense. Trawl takes places entirely on a small trawling vessel, and you are encouraged to engage with the low-key, though detailed ritual of operating the mechanics of the ship, while soaking in the atmosphere. If you so choose, Trawl can be seen as a sort of writing prompt, with you playing the role of sea-bound detective. How you choose to interpret and record the results are up to you.

It is difficult to say definitively how long each playthrough is, as this depends entirely on how much you engage with the game and decide to write in your in-game journal. If you speed-run the game it could be over in less than 10 minutes, though if that is how you intend to play then this game may not be your cup of tea. Most of our players enjoy returning to sea again and again to see what new secrets they'll uncover and then writing journal entries to share with their friends.


If you choose to record your findings on the typewriter, Trawl will save a text file in your Documents/Trawl/ folder.


===
Because of the nature of the game, we're very wary of giving too much away in trailers, so we hope you'll understand that the trailer focuses more on the atmosphere than on the gameplay :)
===

"It is not an experience I will forget and it is one I will definitely recommend. A game with wonderful atmosphere and a very interesting concept."
- SupaJackle, Fireside (GameJolt)

"Like Prowl before it, Trawl is wonderfully atmospheric, and I'm looking forward to returning to see what other treasures I can dredge up."
- Tom Sykes, PCGamer
< >
62 Comments

astolat77 May 21, 2016 @ 8:34am
Basically my comment from the front page, and also strongly agreeing with EZMoney's suggestion here....

Trawl has a HUGE potential for writers, to get them into the actual mood to write. I'm also hoping you can implement a functional backspace/delete key, so that the type writer is less clunky and functions closer to a modern word processor. I'm not asking for spellcheck, fancy formatting, etc, just looking for a minimalist but efficient word processor, which the typewriter is only a few steps away from being. Thank you for your time.

TheEZMoney May 19, 2016 @ 1:05pm
Just a suggestion. I actually got this game because I heard it was a nice atmospheric game for writers. I am writing a novel and I thought this would be interesting to help write.

Is it possible to store documents in the game so you can write continuously through different gameplays? If there was a way to bring up saved documents in game, I think this game could expand a lot farther than just writing stuff you find in game. It could actually be used by writers to help get them in the mood for writing. I see interesting potential in this game. I don't know if you will read this comment but if so, that is my suggestion based on why I actually bought this game.

thehouseofwire  [author] Mar 14, 2016 @ 10:36am
Hey @Robot & @ashwin thanks for getting in touch, I'm sorry it took me so long to reply. Me and Nathan both have day jobs and we are working on the 3rd in the House of Wire series so we somehow missed this, very sorry!

They cannot be Robot no. We decided that if people were to really open up and write what they wanted to then it was up to them to share them. We hope maybe people will chose to and hopefully in the future we can exhibit some somewhere :)

Hey Ash! It will not be Occulus no, the nature of the typing part of the game has ruled out VR support in this game for us.

HaggisBaws Oct 14, 2015 @ 7:26am
Yeah that's a fair point, don't know why I expected anything from bloomin notepad. I'll get n++ on the job. Good luck with the launch, guys - hopefully it's a hit and you expand / sequel this.

thehouseofwire  [author] Oct 10, 2015 @ 3:22am
Haha "haggisbaws" I'd suggest opening it up in a better text editor, the journals are formatted by us before being saved out for you

Really glad you had such a good experience :)

Having now had a chance to play (and re-play) this for around an hour I would definitely recommend it.

I'm not going to give anything away the game is simple enough to begin to figure out. The setting is so atmospheric, and I've become addicted to documenting my adventures using the typewriter - great little touch (if only notepad didn't just jam it all in to t asingle line).

Fantastic little game; simple enough to enjoy from the off, and with enough mystery to keep you wondering if 'this' or 'that' has significance, or what on earth else you may find out there.

I really hope this does well, the world could use more experiential games.

Trawl has been Greenlit and is now listed in the Steam store. For the latest information, purchase options, and discussions for Trawl, please see it on the Steam Store or in the Steam Community.
Visit Store Page
For more details Visit Community Hub
For latest discussions
If you really, really want to, you can continue to the Greenlight page. Information on this page may be out of date, since all the action has moved to the areas noted above.