Greenlight > Games > Ortus Regni's Workshop
Greenlight is being retired. For more information on how to submit games to steam, refer to this blog post.
This item has been removed from the community because it violates Steam Community & Content Guidelines. It is only visible to you. If you believe your item has been removed by mistake, please contact Steam Support.
This item is incompatible with Greenlight. Please see the instructions page for reasons why this item might not work within Greenlight.
Current visibility: Hidden
This item will only be visible to you, admins, and anyone marked as a creator.
Current visibility: Friends-only
This item will only be visible in searches to you, your friends, and admins.
Ortus Regni
Description Discussions2 Announcements5 Comments67 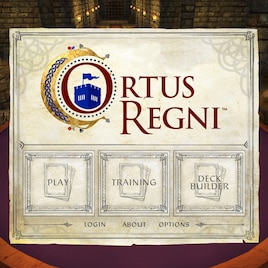 Ortus Regni
Offline
See all 3 collections (some may be hidden)

View Ortus Regni in the store

Store page
Recent Announcements View All (5)
iPad app of Ortus Regni 1.2 has been released
April 20, 2016 - Ortus Regni
All the same new features found in our 1.2 desktop builds - for PC, Mac, and Linux - now on a tablet.
We are happy to have ported our new 1.2 app onto a tablet, and we think it plays nicely in a touch screen format.

As with our desktop builds, this app is totally free to play! Yes.

And iPads can play PCs, Macs, or Linux boxes.

Your free Ortus Regni account is valid on any platform that we support.

If you like our medieval game please(!) rate us in the Apple app store.

That way we can have more players in the system : )

( There is an easter egg in the iPad build, if you hold your two thumbs on the screen at the same time you will be able to look around the 3d game table rooms. )
Read More
1.2 version of the Ortus Regni app is available - with new features!
April 2, 2016 - Ortus Regni
Download and play for free on Mac, PC, Linux:
http://ortusregni.com/software/

Online multiplayer is now Free! In fact all the features of 1.1 and those added in 1.2 are free. There is no Paywall and there are no “in-app purchases” in version 1.2. True story.

• Available on all iPads (coming next week!)

All platforms that run Ortus Regni talk to each other, so a Linux box can play an iPad, or a Mac or PC. No difference.

We are happy to have added several user requests in this update, and we hope to continue to add more to the digital game going forward smile emoticon


Note: for some previous 1.1 users you might need to do a Reset in Options, then log back in, if you experience any in-game misbehavior. That should be cleared up in a fix coming next week probably. About when the iPad launch happens.
Read More
Description
Release date: 1.2 available now
AN EARLDOM AWAITS YOUR HAND.
A truly medieval card game, that is free to download in the modern world!

Ortus Regni is a new and novel card game inspired by the late Anglo-Saxon period of English history. The Late Anglo-Saxon era in English history is a time of warring Earls. Minor kings all, they claim whatever lands they can. They establish fiefs, cultivate powerful vassals, and fight and engage in endless political struggles. All the while, the Vikings roam not just the sea, but the land.

This is Ortus Regni, “the birth of the kingdom.”

The ancient world is dead. The world is reborn. Anyone can become a king through politics and diplomacy – or by the blade. And it is always, in the end, by the blade. Will it be you?

Ortus Regni is a unique closed-deck, deck-design strategy card game. Players take the role of great Earls vying to control what will become England. Ortus Regni was inspired not only by Anglo-Saxon history, but also by the art of illuminated medieval manuscripts.

QUICK AND EASY DECK BUILDING:
Or let the app build you one, and the save the decks you like.

TUTORIAL SYSTEM:
Journey through the basics of the game.


1.0 Builds of the Ortus Regni app are available for downloading, to preview the game:
Free download for Windows and Macs
http://ortusregni.com/software

Future plans:
We aim to offer the game on Steam for Windows, Macs, and Linux. All of this will most likely arrive with a 1.2 version of the app, which should include some additional functionality. Primarily some in-app community online messaging, and some other features time permitting :)

The Ortus Regni app is based off of the premium tabletop card game of the same name. Our app replicates the tabletop Ortus Regni gaming experience. To learn more visit: http://ortusregni.com

Thanks for checking out Ortus Regni !
Popular Discussions View All (2)

Ortus Regni  [author] Feb 6, 2016 @ 6:58pm
Two reasons, that is the current 1.1 version that is available, and although that version is free to download and play, there is an optional upgrade to play online, with other players or friends. You can download and play that version now from our site, try it out if you get a chance, and we hope you drop by again later in March to check out the new features we are adding; and those will all be free additions :)

And the current version (1.1), released in the Fall, is a free download off of our website:
ortusregni.com/software

Ortus Regni has been Greenlit and is now listed in the Steam store. For the latest information, purchase options, and discussions for Ortus Regni, please see it on the Steam Store or in the Steam Community.
Visit Store Page
For more details Visit Community Hub
For latest discussions
If you really, really want to, you can continue to the Greenlight page. Information on this page may be out of date, since all the action has moved to the areas noted above.