Greenlight > Games > RogueRocket's Workshop
Greenlight is being retired. For more information on how to submit games to steam, refer to this blog post.
This item has been removed from the community because it violates Steam Community & Content Guidelines. It is only visible to you. If you believe your item has been removed by mistake, please contact Steam Support.
This item is incompatible with Greenlight. Please see the instructions page for reasons why this item might not work within Greenlight.
Current visibility: Hidden
This item will only be visible to you, admins, and anyone marked as a creator.
Current visibility: Friends-only
This item will only be visible in searches to you, your friends, and admins.
First Wonder
Description Discussions3 Announcements5 Comments162 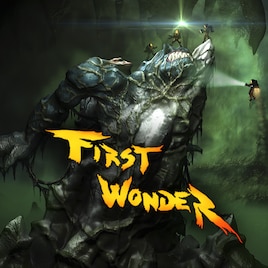 RogueRocket
Offline
See all 8 collections (some may be hidden)
Kickstarter
Recent Announcements View All (5)
Woo hoo! Greenlit in just about 2 weeks!
October 8, 2015 - RogueRocket

Thanks for all the support guys! But it can't stop here. We need your support on our Kickstarter!

Join the community and let's make this happen! 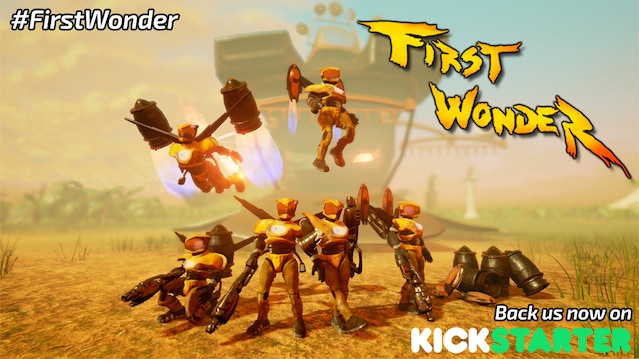 This is awesome! We are #5 on Greenlight today! Thanks for all the support!

Remember to visit the Kickstarter and back us, and/or tell all your friends!

We're readying some hopefully exciting news as well over there, so stay tuned!

In a nutshell, First Wonder is...

Originally posted by Brian Fargo, CEO of inXile Entertainment, Kickstarted Wasteland 2, Torment: Tides of Numenera, and Bard’s Tale IV:
"People always say they want more creative stuff. They don’t want more of the same all the time. And that’s what they love about Kickstarter, because you can make games that couldn’t be made otherwise. So I think you, [Nick], fit right into that mold, because nothing you do is normal. ... For the people who are looking for fresh ideas: [First Wonder] is a perfect project."

Originally posted by Dave Perry, Founder of Shiny Entertainment. CEO/co-founder of GaiKai:
"I’m really excited to see [First Wonder]. Very excited. We know that you’re not going to give up and that you’re going to get this thing done."

Gameplay
First Wonder blends third-person shooter elements with aerial acrobatics in a fantastical and vast world ripe for exploration. Monstro has formidable abilities that allow him to leap over obstacles, charge at opponents and exploit the environment to unexpectedly traverse vast areas.

The Cargonauts take to the skies using their rocket technology in an attempt at matching Monstro’s natural gifts. To find and capture the terrifying beast, the Cargonauts must use their wits and a variety of tools and inventive traps that they selectively equip from their mobile gear depot, the Big Rig.


Over the course of the campaign, players will alternatively take the reigns of Monstro and the ragtag team of Cargonauts as they scramble to put a stop to him and his path of destruction. The living, breathing chain of Majorcan Islands - a "character" in its own right - offers a dynamic world with unique inhabitants and natural resources awaiting player interaction. Many secrets lay hidden within First Wonder, as tiered plateaus, surreal geological features, and surprising environmental effects create a rich and unpredictable alien world.

Like the single player campaign, multiplayer will focus on goal based play rather than head to head shootin' and smashin' (though you can try to do that too!). A player will guide Monstro through a series of island goals, while a team of players as the Cargonauts work together to stop him.

The Story
The Cargonauts are a deep-space salvage crew that come across an incredible fossilized creature: the being known as Monstro. They unwittingly deliver it to Planet Majorca, an intergalactic resort planet where the management intends to turn this huge fossil into the crown jewel of their extensive collection of artifacts from across the galaxy.

Unfortunately for resort-goers, the fossilized Monstro awakens and begins to wreak havoc across the planet. Is he a mindless beast, or is there a motivation behind the destruction? What is he up to, and what will happen if he’s allowed to fulfill the newly discovered prophecies of the planet? The Cargonauts don’t intend to find out.

We aim to bring back the dry-and-sometimes-wet witted sense of humor that First Wonder’s spiritual ancestors are often remembered for, through entertaining cutscenes as well is surprising moments of unusual gameplay.

Originally posted by Brian Fargo, CEO of inXile Entertainment:
"I think Giants was one of the funniest games I’ve ever played."

Characters and the World

Monstro is an ancient creature on a mission to fulfill a prophecy inextricably linked to the mysteries of Planet Majorca. He seems to know a lot more about the planet than anybody realizes, and he’s capable of taking advantage of its unique features in ways nobody expected. You’re pretty sure that if he achieves his goals, it might be bad for everybody.

Monstro's size and agility makes him a powerful and elusive foe, able to leap over obstacles, charge at opponents, and exploit the natural formations of the game's expansive Majorcan Islands for quick traversal and strategic strikes.

He honestly couldn’t be bothered with these tiny creatures, but if they get in his way, he isn’t terribly concerned with carelessly pulping them either.

The Cargonauts are a down on their luck deep space salvage crew who manage to talk themselves into the biggest job of their lives: transporting a never before seen giant fossil to its new destination on Planet Majorca. This job could finally change their fortunes and restore some family pride.
In reality, they are completely out of their depth, but nothing that some luck and a good dose of blind optimism can’t cure.

While their technology is antiquated, it still has brute power going for it and can get the job done. Not so bad looking after a lick of paint.

Originally posted by The Robot’s Voice:
("25 Games to Check Out At PAX 2015" list)
"From Nick Bruty, the designer behind MDK and several other cult video games you’ve loved and have hoped would desperately get sequels (as seen in the beginning of the trailer), comes the spiritual successor to those games that can probably be best described for now as 'jetpacks versus giant monsters.' I suppose I could say something else here, but when you have frigging jetpacks versus giant monsters, what else needs to be said?"

Originally posted by OneAngryGamer:
“The gameplay video above looks genuinely fun and the verticality of the map design and tropical setting could really help set it apart from other games out there."

Originally posted by Weekly Gaming Recap:
“... the opening minute of this First Wonder trailer with Monstro had me thinking about movies like The Beast from 20,000 Fathoms, It Came from Beneath the Sea and The 7th Voyage of Sinbad and how awesome it must be to kick some ass as a huge beast. Then when Monstro finally meets up with the Cargonauts he’s slamming a tree trunk into the ground trying to smash the tiny dudes, you can’t ask for more than that!"

0V3RK1LL Apr 30, 2018 @ 6:24am
I swear most people dont know about good games. this is and they just dont see it. I thought I had another chance at giants and now we dont. Its just sad. I wish they would have a bit more exposure one day. so we can get more fans into this kind of game.

Rygir Apr 30, 2018 @ 4:31am
I was sad when this got canceled...came back to see if there was some news... looked at the promo vids and it looks like so much fun I'm even more dissapointed this didn't make it...

[CMB]baq99 Apr 17, 2018 @ 3:48am
I have waited many years for these developers to return to the limelight. They just don't seem to ever have a good marketing team. If you want more Giants based action, look up a game called Armed And Dangerous. Wasn't quite as good as Giants but was still more of the same style of game.
http://store.steampowered.com/app/6090/Armed_and_Dangerous/

0V3RK1LL Jul 14, 2016 @ 4:21pm
can you at least work with steam so they add giants in the store with new features like coop support on single player story, a browser for multiplayer, support for vulkan and if you want you can update graphics too tho is not needed. That gets enough attension and some $ for the next project. I know I would pay up to 59.99 for a new re release of Giants Citizen Kabuto.

SkiLLzThAtKiLL88 Dec 12, 2015 @ 8:07pm
I would pay 1,000 for a new Giants but this looks nothing like it where are the smarties or the reapers and astronauts? That's what I was hoping for, this looks like a cheap crappy wannabe.