Greenlight > Games > Halfgeek's Workshop
Greenlight is being retired. For more information on how to submit games to steam, refer to this blog post.
This item has been removed from the community because it violates Steam Community & Content Guidelines. It is only visible to you. If you believe your item has been removed by mistake, please contact Steam Support.
This item is incompatible with Greenlight. Please see the instructions page for reasons why this item might not work within Greenlight.
Current visibility: Hidden
This item will only be visible to you, admins, and anyone marked as a creator.
Current visibility: Friends-only
This item will only be visible in searches to you, your friends, and admins.
Star Nomad 2
Description Discussions2 Announcements9 Comments99 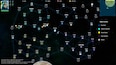 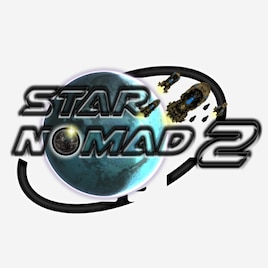 Halfgeek
Offline
See all 13 collections (some may be hidden)

View Star Nomad 2 in the store

With lots of Steam Cards & Achievements. :)

For the past 2 week I’ve been busy bug-hunting and balancing the game difficulty, progression (XP, Reputation, Faction Standing) and the various factions with the help of a few beta testers.

The bug-list is up to ~100 (all fixed), an astounding number that surprised me given that I made the game in small modules, tested, then integrated, tested again.

I’ve also added a few new features, such as a targeting HUD, showing the current target without text-spam.

On mouse-over the target HUD (top-right next to mini-map), more info is displayed about the target, otherwise, it’s all kept to a minimum to prevent clutter.

Another change is in how squad NPCs communicate, they each have their own dialogue box floating above their ship, rather than sharing the main text-box.

It was getting too cluttered and busy with all the global events and faction conquest update. It also works better, reminds me of my favourite all time RPGs, Fallout 1 & 2, with the team NPCs uttering random hilarious lines.

It’s currently ON SCHEDULE for a release around mid-December, before Xmas, next month.

Inspired by games such as Mount & Blade, FTL, Escape Velocity, Privateer & Freelancer, in the universe of Star Nomad 2, every choice matters, every encounter a surprise, every Pilot can alter the course of mankind!

Complex Faction Dynamics: AI conquer & defend systems with fleet movements. Your actions, big or small, have a major effect on the tide of conquest!

Dynamic Sandbox: A universe that is alive & responds to your actions, for good or bad.

Random Encounters: Run into situations where you are forced to make tough choices with consequences or just random humorous situations that leave you feeling nostalgic.

Freedom: Play as you wish, with many roles and a highly flexible skill customization for all kinds of character/squad builds.

Fleet Action: Engage in epic fleet battles between the factions, pick a side, or not, fly for yourself to become infamous!

Full Squad AI Control: Set and optimize each squad member's behavior in combat to extract peak autonomous performance from your team. Don't be caught flying with stupid ever again!

Clever Enemies: Small fast ships will abuse your slow big guns, capital ships will abuse their fast regenerating shields, only giving you a shot at their strong side, large fleets break up into squads (wolf-packs) and if the crap hits the fan, they can disengage in an attempt to flee!

No Loading Screens: A connected Universe that loads instantly, including transitions from port docking to space-flight & system jumping!

Every victorious battle is earnt!

I believe I've created a very fun and dynamic sandbox for space/sci-fi fans to explore & exploit and I hope you agree with me, if so, vote YES & tell your buddies! Thank you. :) If there's any questions, don't hesitate to ask!

22/10/2015: Thanks for all the support and well wishes, I hope to release the game sometime in December, once its bug-free (I hope!) and balanced.
Popular Discussions View All (2)

Halfgeek  [author] Dec 11, 2015 @ 7:13pm
@Sean Mirrsen
I'd like to make a confession. I have not played Space Rangers. I bought it on Steam, the 1C Collection recently because I've been meaning to revisit some classics which I had missed, but no time lately.

I did play the heck out of the other games I had mentioned. :) I've been told by gamers that Star Nomad 2 is like Starsector + Space Pirates & Zombies having a baby.

ps. I love the Star Wolves (RTS with pause, squad-base missions with semi-open end play) series also, 1 & 3 were excellent. #2 I couldn't play due to constant crashes.

Sean Mirrsen Dec 11, 2015 @ 5:57am
I think you managed to list all games as inspiration but the one it actually looks like, Space Rangers 2. :P
I mean really. The interface, the view, the naturally evolving galaxy. Throw in a separate faction that is conquering the galaxy and that the others have to unite against to survive, and a slew of text-based planetary quests, and you basically have a realtime Space Rangers. And I mean that as a good thing. :)

Halfgeek  [author] Oct 24, 2015 @ 8:41pm
Anyone wishing to discuss anything related to the Star Nomad games or myself, please join the sub-reddit: https://www.reddit.com/r/starnomad/

I'll be actively answering any queries there.

For gamers who enjoy this genre, what are you thoughts regarding this? I'm still undecided and would love some feedback!

Star Nomad 2 has been Greenlit and is now listed in the Steam store. For the latest information, purchase options, and discussions for Star Nomad 2, please see it on the Steam Store or in the Steam Community.
Visit Store Page
For more details Visit Community Hub
For latest discussions
If you really, really want to, you can continue to the Greenlight page. Information on this page may be out of date, since all the action has moved to the areas noted above.