Greenlight > Games > TargonStudios's Workshop
Greenlight is being retired. For more information on how to submit games to steam, refer to this blog post.
This item has been removed from the community because it violates Steam Community & Content Guidelines. It is only visible to you. If you believe your item has been removed by mistake, please contact Steam Support.
This item is incompatible with Greenlight. Please see the instructions page for reasons why this item might not work within Greenlight.
Current visibility: Hidden
This item will only be visible to you, admins, and anyone marked as a creator.
Current visibility: Friends-only
This item will only be visible in searches to you, your friends, and admins.
The Haunting of Billy
Description Discussions0 Announcements3 Comments65 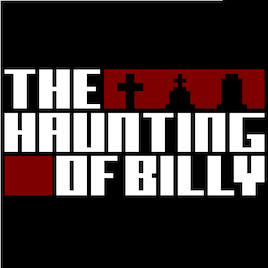 TargonStudios
Offline
See all 9 collections (some may be hidden)

View The Haunting of Billy in the store

Store page
Recent Announcements View All (3)
The Haunting of Billy has been released!
February 26, 2016 - TargonStudios

The Haunting of Billy is now on Steam, so make sure to go check it out! I can't thank everyone enough for the awesome support, I hope everyone enjoys it!

Read More
The Haunting of Billy has been Greenlit!
January 10, 2016 - TargonStudios

Thank you everyone for the awesome support you have all given me! This is such an awesome experience, and I can't wait to get this game up on Steam!

Read More
Description
Release date: October, 2015
It’s Hallowe’en night, and your girlfriend is missing. Play as Billy, fighting through the haunted halls of an old abandoned mansion! Slay zombies, kill ghosts, fight bosses, and so much more with over 80 unique weapons and hundreds of thousands of costume combinations to help you through the depths of the mansion!

With a fallen branch in hand, Billy approached the old rotting mansion. Like every young boy, Billy had heard the legends of what lie within; dark secrets, monsters, and treasure.

If he was ever going to find Cindy, Billy would need to make his way through the haunted halls of the mansion and descend into the darkness beneath.

If the stories he had heard were true, once inside Billy would find a wide array of weapons to face his foes; swords, spears, axes, staffs, crossbows, and more still remained from times long past.

For days after each Halloween, locals would discover unsettling costumes in the area surrounding the mansion’s property. Billy knew he would need to wear these costumes if he even wanted a chance.

javierucu Feb 4, 2016 @ 6:32am
hi, i think The Haunting of Billy looks fantastic. I love horror games. Now i´m finishing the working in other game and it would be great to cooperate with such a promising team. I think my work could fit perfectly in your project. You could listen my music here: https://www.youtube.com/watch?v=pA7fQzZ9gUU Could we talk about it? my email is: cga.sound@gmail.com Thank you.

MasonYourSavior Nov 4, 2015 @ 4:09pm
A game that looks this simple has never looked this mindblowingly AWESOME!!!

TITOMOSQUITO187: Thank you! Yes, there is a lore to the game! And much of it will be revealed when you beat the game, along with unlocking notes and other snippets with your points you get in game. As of right now, there isn't in-game notes/story hints to find (like as you go through the halls fighting), though I could easily add that if you guys would like that! Glad you like it so far :D!

TITOMOSQUITO187 Oct 10, 2015 @ 6:53pm
Looks good to me. You actually made a real effort it looks like and tried to have some depth. Do you have any lore, notes, story, etc. in the world? Like stuff to find in the world to read? That would really help the overall game if it has story/lore. :P
< >

The Haunting of Billy has been Greenlit and is now listed in the Steam store. For the latest information, purchase options, and discussions for The Haunting of Billy, please see it on the Steam Store or in the Steam Community.
Visit Store Page
For more details Visit Community Hub
For latest discussions
If you really, really want to, you can continue to the Greenlight page. Information on this page may be out of date, since all the action has moved to the areas noted above.