Greenlight > Games > DemonStudios's Workshop
Greenlight is being retired. For more information on how to submit games to steam, refer to this blog post.
This item has been removed from the community because it violates Steam Community & Content Guidelines. It is only visible to you. If you believe your item has been removed by mistake, please contact Steam Support.
This item is incompatible with Greenlight. Please see the instructions page for reasons why this item might not work within Greenlight.
Current visibility: Hidden
This item will only be visible to you, admins, and anyone marked as a creator.
Current visibility: Friends-only
This item will only be visible in searches to you, your friends, and admins.
Super Grav
Description Discussions2 Announcements3 Comments27 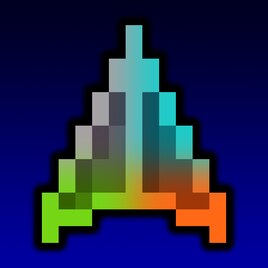 DemonStudios
Offline
See all 2 collections (some may be hidden)

View Super Grav in the store

On the PlayStation Gravitation was only 2-player, but this PC port adds 4-player mode, instant replays, handicap options, a bonus unlockable set of larger maps, optional enemy obstructions and more.

Super Grav is a superset of Gravitation (meaning it includes all its original modes and levels), but also adds Mission modes (both single-player and co-op multiplayer) plus lots more levels and more. So if you like Gravitation then look out for its sequel Super Grav, with music and online Leaderboards and Achievements, coming right here to Steam on PC, Mac and Linux very soon!

So after 336 days on Greenlight Super Grav has been Greenlit! This has only happened thanks to everyone who voted and left such positive comments - they are all very much appreciated so thank you all! I will now work to get it onto Steam as early as possible, for all platforms. Yay! \o/

With fast-paced, super smooth 60fps gameplay, pixel-perfect collision detection and that ‘just right’ feel to the physics, Super Grav offers a true test of skill, precision and reflexes. Dodge enemies and bullets, navigate caverns to complete Missions either solo or co-op, battle deathmatch in Dogfight mode or see who can complete 3 subterranean laps the fastest in Race mode.

Back by popular demand, with graphics inspired by the 8-bit and 16-bit era of gaming, Super Grav is an extended remake of DemonStudios founder James Shaughnessy’s very own first game and 1998 PlayStation Net Yaroze coverdisc hit, Gravitation.

Features:
- Pixel-perfect collision detection and super smooth 60fps gameplay
- Single-player Mission and time trial Race modes
- Local multiplayer split-screen up to 4 players, in either co-op or versus mode
- Leaderboards and Achievements - compete with friends for the best Mission scores and fastest Race times
- Textbook 1, 2 or 3-Star rating on each mission. Aim to 3-Star all missions individually and ultimately all in a single run
- PowerUp Pods offer weapon upgrades such as triple shot and rapid fire, or strike an opponent with a Negative PowerUp such as reverse steering or gravity!
- Watch full replays of the action at any time, with automatic saving of record-breaking Mission and Race replays
- Lots of configuration options in versus modes, such as disabling weapons and ship-to-ship collisions which is great for really pure racing
- Handicap system: add weight or weapons to help balance versus modes for differing player skill levels
- Supports lots of popular game controllers (Logitech, Xbox, PlayStation, even OUYA pads!)

Desktop demo versions are downloadable and playable on the website, but also available are iOS and Android versions of the full game, released on those platforms on 21st August 2015. Vote for Super Grav here on Greenlight if you'd like to see the full game on Steam!

NOTE: This is NOT a port of a mobile game - the mobile version is itself a port of a PC/console game. This is a game best played on desktop PC or a big TV by 4 friends with 4 gamepads.

Super Grav - the retro arcade gravity game that’s great fun chasing high-scores in single-player and even more fun in local multiplayer! With your help it could be right here on Steam. Thanks for reading!

James Shaughnessy | DemonStudios | The same fella that made that Net Yaroze game Gravitation who refuses to let it die :D
Popular Discussions View All (2)

#Unity|jedi-jim Aug 25, 2016 @ 1:05am
I still play this on my ancient original Demo Disk 17 from the UK Official Playstation Magazine, also playing it my original PS1 from 1998, so many hours of fun with friends, never laugh so hard as when playing this, thank you :)

DemonStudios  [author] Jul 31, 2016 @ 9:47am
Thanks everyone for voting and for all the comments, both good and bad. It's great that they are nearly all very positive comments, which has no doubt been vital in getting it Greenlit, so they're very much appreciated!

It's great so many people remember Gravitation (for those that don’t know yes I made that, and yes it was a clone of Gravity Force on the Amiga!). Gravitation is now a totally free PC game, for those who lost their disc or their PS1 is no more - see www.demonstudios.com/gravitation.html

But don't forget to get Super Grav when it comes out here on Steam as finally there’s also an actual proper single player game… and music! :D

K1LLSWIFT 浪人 Mar 15, 2016 @ 2:52am
PS1 Net Yaroze CLASSIC! I spent MANY happy hours with this FUN, simple, addictive game.
Thank you for the great memories.

desertwolf Jan 4, 2016 @ 1:04pm
Played the demo recently with 4 friends. Can't wait for the full version to come out. Keep up the great work!

Super Grav has been Greenlit and is now listed in the Steam store. For the latest information, purchase options, and discussions for Super Grav, please see it on the Steam Store or in the Steam Community.
Visit Store Page
For more details Visit Community Hub
For latest discussions
If you really, really want to, you can continue to the Greenlight page. Information on this page may be out of date, since all the action has moved to the areas noted above.