Greenlight > Games > SnapperTheTwig's Workshop
Greenlight is being retired. For more information on how to submit games to steam, refer to this blog post.
This item has been removed from the community because it violates Steam Community & Content Guidelines. It is only visible to you. If you believe your item has been removed by mistake, please contact Steam Support.
This item is incompatible with Greenlight. Please see the instructions page for reasons why this item might not work within Greenlight.
Current visibility: Hidden
This item will only be visible to you, admins, and anyone marked as a creator.
Current visibility: Friends-only
This item will only be visible in searches to you, your friends, and admins.
Voxel Turf
Description Discussions4 Announcements5 Comments215 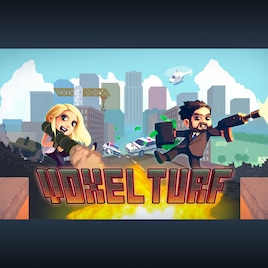 Becurus
Offline
See all 18 collections (some may be hidden)

View Voxel Turf in the store

Hey Guys, these are the 3 latest Dev Diaries. They go into weapons and weapon mods, explosives, and how mechanisms and circuits work.

Read More
Description
Voxel Turf is a block based city builder/action adventure game. Build cities or destroy them. Start businesses or rob them. Nurture your citizens or subjugate them. Build a real estate empire, or perhaps just drive around and blow stuff up. Its your choice! Voxel Turf allows you to be the force of benevolence or the agent of chaos in a city of your creation.

You can explore, expand, modify and destroy every block of every building. The best part is that you can do it all with your friends in a multiplayer game!

We anticipate the game will be ready in mid 2016. News will come out as the game approaches completion, with weekly updates starting soon.

No Nasties
Popular Discussions View All (4)

a few Ideas off the top of my head
TheDman131

SnapperTheTwig  [author] Aug 10, 2017 @ 6:40am
Hey everyone, I've finally finished the game! It'll be out early next month, I'll announce the exact release date next week.

@Gabuex, Yes I've written an AI that will buy lots and compete with you. If you play in "Strategy Mode" then they will fight one another on the streets

Voxel Turf has been Greenlit and is now listed in the Steam store. For the latest information, purchase options, and discussions for Voxel Turf, please see it on the Steam Store or in the Steam Community.
Visit Store Page
For more details Visit Community Hub
For latest discussions
If you really, really want to, you can continue to the Greenlight page. Information on this page may be out of date, since all the action has moved to the areas noted above.