Greenlight > Games > Lasso Games's Workshop
Greenlight is being retired. For more information on how to submit games to steam, refer to this blog post.
This item has been removed from the community because it violates Steam Community & Content Guidelines. It is only visible to you. If you believe your item has been removed by mistake, please contact Steam Support.
This item is incompatible with Greenlight. Please see the instructions page for reasons why this item might not work within Greenlight.
Current visibility: Hidden
This item will only be visible to you, admins, and anyone marked as a creator.
Current visibility: Friends-only
This item will only be visible in searches to you, your friends, and admins.
Levantera: Tale of The Winds
Description Discussions0 Announcements12 Comments58 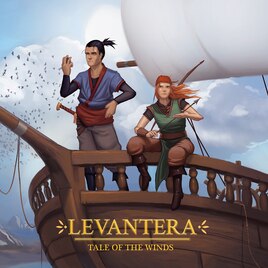 View Levantera: Tale of The Winds in the store

Store page
Recent Announcements View All (12)
Just When We Thought We Had Been Forgotten...
March 22, 2017 - Lasso Games

As some of you may know, we have been working on Levantera: Tale of The Winds since around March of 2015. It was the first game project we went after as a team, and after running akickstarter campaign which did not get funded, we announced that we would continue working on the project at a slower pace, keep the community involved, and release it at a later date without funding.

Well, here we are over two years later, and we have...something to show for it. A lot has changed since the demo from Kickstarter was released. We have learned a lot of new techniques, and new tools have been developed.

As many of you know, we have been developing Levantera with GameMaker:Studio[en.wikipedia.org], which has now been replaced by YoYoGames' newest software suite,GMS2[www.yoyogames.com].

We got a good idea of the ins and outs of this IDE by entering Levantera: Arena[lassogames.itch.io]into the GMS2 Beta Jam[itch.io], for which we earned Honorable Mention! 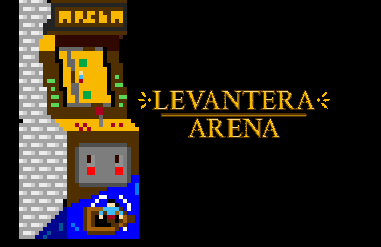 What we would like to do from here is continue the project in GMS2, and release what we have built so far to you, free of charge. You have followed us on social media, provided feedback, suggestions, and commentary for us all this time, and we would like to involve the community in development even more.

The latest alpha of the game can be found at https://itch.io/game/edit/52272 and is available for download on windows. Keep in mind, this build is still unforunately far from completion. There will be bugs, freezes, empty areas, placeholders, and inconsistencies. We hope you enjoy it all the same, and continue to offer us feedback and suggestions to drive it toward release!

Just wanted to make a quick announcement that all our paperwork went through to be steam partners, and we will be finalizing the official store pages for Levantera and miniLAW shortly.

We still have a lot of development left for Levantera before it is complete. However, we are still making really solid progress and trying our best to keep everyone up to date.

I would like to note that because of all the various news/social media outlets, it's incredibly hard to keep them all up to date and current. This being said, if you follow us on twitter (@lasso_games and @lassolevantera) or Facebook (facebook.com/lassogames) you will see the most current news updates for the project. I'm also working on a proper dev blog for Lasso projects as well as improving our subreddits to be more conducive to community activity.

Thanks again to all of you who are still following, keeping interested, and helping to build a community!

Lasso Games is embarking on its maiden voyage with Levantera: an 8-bit action/RPG inspired by NES classics.

Featuring an open and persistent world, a robust story, and a full musical score in chiptune style!

Get ready to set sail! You are the captain of the M.S. Tradewind, a trade ship bound for the open sea!
Gather your crew, test your sea readiness, and explore the world!

Prepare to discover exotic locations and encounter fierce combatants as you travel the world in search of your lost former crew.

Action, adventure, and enchantment await as you uncover the secrets of the arcane force of the wind: Levantera.
< >
58 Comments

Lasso Games  [author] Dec 23, 2016 @ 12:14pm
Markzero: You're absolutely right. Still chippin' away at it, hoping to make some more substantial progress after the first of the year, but we will do our best to keep everyone updated on social media!

Icybullets Jun 23, 2016 @ 3:07pm
good thanks for the update transparency is always nice

Lasso Games  [author] Jun 23, 2016 @ 1:42pm
Good question, Icybullets! Working as hard as we can to get it out by the end of 2016, but it's looking like it might be early 2017 before it's ready to go. Only so much we can do working for free! We've all got full time jobs and family, but we manage to make time to get some stuff done on the game every day. I'll try to keep everyone posted on the progress!

Lasso Games  [author] Dec 25, 2015 @ 5:11pm
Still on track to release by this time in 2016! Hang with us folks! Stay tuned to the announcements, follow us on facebook and twitter, and keep providing your suggestions and critiques on reddit! We've got a lot of work to do :D

Slimebeast Sep 18, 2015 @ 2:47pm
Have you played Wonder Boy 2? The demo reminded so much about it. I would guess Wonder Boy 2 is inspired by other games (Metroid??), maybe copies other games. Anyway, the thing with an adventure-almostRPG in a platform setting is so cool.

Lasso Games  [author] Sep 18, 2015 @ 1:23pm
Thanks to everyone that helped us get greenlit! We're excited to continue development as scheduled and provide updates as we go! Stay tuned, folks, we've got a long road ahead! :D
< >

Levantera: Tale of The Winds has been Greenlit and is now listed in the Steam store. For the latest information, purchase options, and discussions for Levantera: Tale of The Winds, please see it on the Steam Store or in the Steam Community.
Visit Store Page
For more details Visit Community Hub
For latest discussions
If you really, really want to, you can continue to the Greenlight page. Information on this page may be out of date, since all the action has moved to the areas noted above.