Store Page
Arma 3 >  Workshop > massi's Workshop
This item has been removed from the community because it violates Steam Community & Content Guidelines. It is only visible to you. If you believe your item has been removed by mistake, please contact Steam Support.
This item is incompatible with Arma 3. Please see the instructions page for reasons why this item might not work within Arma 3.
Current visibility: Hidden
This item will only be visible to you, admins, and anyone marked as a creator.
Current visibility: Friends-only
This item will only be visible in searches to you, your friends, and admins. 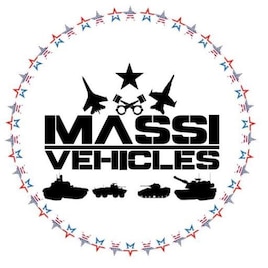 massi
Offline
See all 8106 collections (some may be hidden)

This item has been added to your Subscriptions. Some games will require you to relaunch them before the item will be downloaded.
Description
This vehicle pack contains a lot of vehicles from both NATO and ex-Soviet Countries, this pack was created in order to equip my NATO , Russian, African and Chernaruss units packs.

The vehicles in this pack are ported from A2 thanks to other 3D authors, that you'll find in the readme, thanks a lot to all of them and to BI !

Included in this pack there are:

All the installation instructions along with classlist files are included in the folder.

RainySoul13 May 11 @ 3:15pm
i cant seem to get any of the tracked vehicles to drive. They start but they don't move.

Nakpena Jan 30 @ 9:24am
Hello, Massi! My friend and me are doing a mode. We have an interesting models of millitary equipment, but we have problems with animations for crew. I would like talk to you about using animations which I saw in your mode "NATO_Rus_Vehicle". I'll wait for your answer.

Donnie Jan 2 @ 12:18am
@massi I have sent you a request. Would like to discuss something important if possible.