Store Page
Garry's Mod >  Workshop > //RatedR4Ryan//'s Workshop
This item has been removed from the community because it violates Steam Community & Content Guidelines. It is only visible to you. If you believe your item has been removed by mistake, please contact Steam Support.
This item is incompatible with Garry's Mod. Please see the instructions page for reasons why this item might not work within Garry's Mod.
Current visibility: Hidden
This item will only be visible to you, admins, and anyone marked as a creator.
Current visibility: Friends-only
This item will only be visible in searches to you, your friends, and admins. 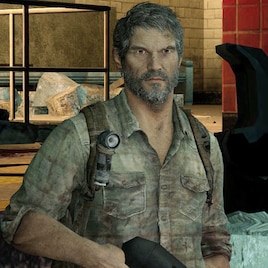 This item has been added to your Subscriptions. Some games will require you to relaunch them before the item will be downloaded.
In 1 collection by //RatedR4Ryan//
Turtle Mixed Mode Playermodel Collection (Server)

176 items
Description
"I struggled for a long time with survivin', and no matter what, you keep finding something to fight for."
―Joel

I'm so glad the talented luxox18 [luxox18.deviantart.com] ripped this model! The Last of Us was such a well done and emotional video game. When I finished my week of learning how to make playermodels/ npcs, Joel was one of the first characters that came to mind that I wanted to do (granted somebody else didn't steal my thunder). The reason why I went off schedule and made him today was that I wanted to make it clear that even though I will mainly put up Bioshock stuff, I will put up characters from other games too. For all those Bioshock fans that are waiting for Jack, he will hopefully be up either tomorrow or Saturday (Aussie Timezone), depending on if I release just the Burial At Sea version or add a more classic looking Jack (custom made). For Last of Us fans, Ellie will take time since I have 3 skins for her. And please don't ask for a posing Joel ragdoll, THERE'S ALREADY TWO UP!!! (idk why).

Donate
"Would you Kindly" support me by donating here: Donate [m21zgmod.enjin.com]

(Probably won't be released in that order.)

silly billy Jan 29 @ 9:01am
this mod is 7 years old creatorprobably hasnt made a mod/played gmod in 4 years