Greenlight > Games > Mittens's Workshop
Greenlight is being retired. For more information on how to submit games to steam, refer to this blog post.
This item has been removed from the community because it violates Steam Community & Content Guidelines. It is only visible to you. If you believe your item has been removed by mistake, please contact Steam Support.
This item is incompatible with Greenlight. Please see the instructions page for reasons why this item might not work within Greenlight.
Current visibility: Hidden
This item will only be visible to you, admins, and anyone marked as a creator.
Current visibility: Friends-only
This item will only be visible in searches to you, your friends, and admins.
▼Territory
Description Discussions0 Announcements3 Comments282 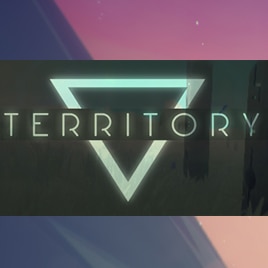 I've decided that Reddit is probably the best way a game developer can get feedback from players and also post out updates. So I've set up a sub for Territory, it's found here; https://www.reddit.com/r/Territorygame/
There's not much content there yet, but I'm going to try posting my progress on there more. Feel free to use it to ask me questions or whatever.

I've been working hard.
The game now runs on mac and linux. Only linux has an issue with scrolling lists not working, but hopefully we can fix that soon.
Other than that I have been integrating lots of Steamworks stuff so you can easily find friends and join servers. I've also been fixing intense amounts of bugs trying to make the beta build as stable as possible before I start it.
https://www.youtube.com/watch?v=aw585eebWZk

Read More
Description
Release date: Early 2016
Territory is a multiplayer sandbox in which you must rebuild civilization on a hostile alien world. Once you have survived your landing you can make a faction with other survivors you meet on the surface. Factions are able to capture resources points, build bases and upgrade factories in order to hold territory and grow in power.
Ultimately civilization will be established once a single faction expands their domain to engulf the entire planet. Faction founders have a lot of control over how their faction operates, each member can be assigned a rank with customize-able levels of power within the faction. Factions can engage in diplomacy, creating alliances with each other, declaring war on each other and merging into a one larger faction. You can progress all the way from a wounded individual survivor to a commander of an powerful army.
Planets in Territory are spherical meaning you can travel indefinitely in any direction and still find interesting interactions, you can even leave the planet in order to capture smaller ones found within the solar system.
Territory features a range of AI alien enemies to fight and vehicles to pilot.

Influences:
The design of Territory comes from a mix of various influences. The player camera, movement and close quarters combat is most like that of Tribes:Vengeance. The strategic / world-domination influence is inspired by the board-game called "Risk". The round world and player progression is inspired by Spore. Weapon handling inspired by Receiver and survival, hunting and base building mechanics inspired by games like Rust and DayZ.

Why do things look so crappy?:
If you see a vehicle or some that looks like it was made in about 5 minutes that's because it probably was. Much of the art is still rough placeholders since I'm more focused right now on making the gameplay fully featured and functional. Once I've coded in enough fixes and features to feel happy I will start slowly replacing each placeholder piece with some final art

Business Model:
The business model is still being decided but rest assured players will not be able to purchase advantages with real world money and gameplay pertinent features will not be withheld for money

Timeline:
I have been developing this game on my own so far, what I have made has taken between 6 months to a year to make.
At this stage I need to the game to be on Steam so I can more quickly/easily distribute and test my builds. If I can have the game being developed and tested using Steam I think I would much more quickly be able to finish up what's missing and get this thing to release on time (hopefully like early 2016 maybe, I dunno)

Character Customization:
Currently I've only made one character model to play as but I would like to make an appearance editor in good time.
This would enable people to choose gender, hairstyle, hair colors, skin colors, eye colors and maybe even different alien races.
< >
282 Comments

Alexi Apr 2, 2017 @ 12:40am
I believe that this like should have most of the information you are looking for.
https://www.youtube.com/watch?v=OOn9G-amHBg
https://www.reddit.com/r/Territorygame/
Correct me if im wrong but I dont believe it will be coming out.

Mittens  [author] Jun 24, 2016 @ 5:36am
yes, I want to finish Kingdoms Rise completely before doing work on other project like Territory, hopefully it won't be much longer