Greenlight > Games > Big Cow Studios's Workshop
Greenlight is being retired. For more information on how to submit games to steam, refer to this blog post.
This item has been removed from the community because it violates Steam Community & Content Guidelines. It is only visible to you. If you believe your item has been removed by mistake, please contact Steam Support.
This item is incompatible with Greenlight. Please see the instructions page for reasons why this item might not work within Greenlight.
Current visibility: Hidden
This item will only be visible to you, admins, and anyone marked as a creator.
Current visibility: Friends-only
This item will only be visible in searches to you, your friends, and admins.
The Last Time
Description Discussions1 Announcements1 Comments106 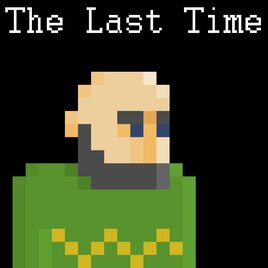 View The Last Time in the store

Store page
Recent Announcements View All (1)
BOOM! Thanks to your support, The Last Time has been Greenlit - but the Kickstarter still needs your help!
July 28, 2015 - Big Cow Studios

Firstly - thank you so, so much for your help! I've been overwhelmed by the amount of support that the game's received. Every 'yes' vote and every nice comment brightened up my day (even the ones in languages I didn't understand - I used Google translate!), and brought me one step closer to making this game a reality :)

Secondly - there's one more challenge to overcome before the story of The Last Time can continue. With 15 days remaining, the Kickstarter funding goal has not yet been reached. I can't stress enough how important it is that you guys share the Kickstarter page by word of mouth, social media, forums and subreddits; I'm a one-man studio, so I need all the help I can get! :)

Thank you again for your fantastic support. In the past few months, I've made so much progress towards my dream of making video games for a living - and I couldn't have got this far without your help. You guys are amazing.

Read More
Description
WE NEED YOUR HELP ON KICKSTARTER!

- The narrative depth and emotional impact of a modern adventure title, delivered to you with the graphical style and game mechanics of a classic point-and-click

- The game’s focus is on the story; tough moral choices, tense action sequences, and deep characters and relationships

- The plot is nonlinear; decisions that you make, both large and small, will influence how the narrative plays out

- Intuitive puzzles which blend seamlessly into the narrative

- The tone ranges from lighthearted and comedic to dark and serious

Jack Glover was a police officer. His life hadn’t been particularly eventful in spite of his line of work; his patch was relatively peaceful, and most of his patrols were spent chatting with his partner. One day, however, something went terribly wrong (you can play the prologue in the demo to find out more), and he suffered an emotional trauma. Cut to forty years later, and we find Jack languishing in a care home, living out his remaining years in solitude. Suddenly, the phone rings; the caller is somebody connected with his past, and they want to meet with him. This phone call starts a chain of events which forces Jack back into the real world, where he must overcome the challenges that come with age; physical frailty, ignorance of modern technology, and, most importantly, his difficulty connecting with people.

The gameplay is point-and-click-style; you walk around and explore environments, talk to people, and interact with objects. During conversations, you will be presented with interesting dialogue choices; rather than simply having a list of lines to go through one by one, the choices you make will change the flow of the conversation, and sometimes influence the narrative later on in the game. Action scenes will play out differently depending on your choice of approach; there is no ‘game over’ screen, and the story will continue whatever happens. There will be a puzzle-solving element to the game; my aim is for the puzzles to be intuitive and blend seamlessly into the narrative, rather than force you to be stuck for ages using a trial-by-error approach.
Popular Discussions View All (1)

Big Cow Studios  [author] Apr 30, 2016 @ 6:50am
@wingzero5555, sorry for the late reply, just saw your comment - thanks for your question, I'm starting closed beta testing today, I expect it to be in closed beta for a couple of months before release :)

The Last Time has been Greenlit and is now listed in the Steam store. For the latest information, purchase options, and discussions for The Last Time, please see it on the Steam Store or in the Steam Community.
Visit Store Page
For more details Visit Community Hub
For latest discussions
If you really, really want to, you can continue to the Greenlight page. Information on this page may be out of date, since all the action has moved to the areas noted above.