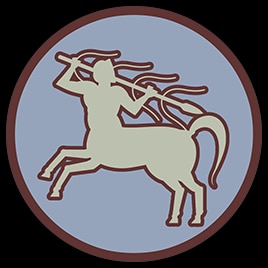 Marcus_Iunius_Brutus
Last Online 7 hrs, 38 mins ago
See all 15 collections (some may be hidden)

This item has been added to your Subscriptions. Some games will require you to relaunch them before the item will be downloaded.
Description
Hello, this is my revamped Bithynia et Cappadocia - mod, which i have reskinned because it was one of my first mods and i have now a higher claim to my mods as i have had in the past.

The 4 new units for Bithynia are:

The 8 vanilla units for Bithynia are:

The naval roster missed some meleeships, but on the other side the Bithyni were not known as great naval nation, so i didn´t make their naval units to strong.

Further I decided to add 30 vanilla skins of hellenistic generals instead of the eastern generals.

I did this, because the Bithyni were from thracian origin (the thracian tribes of the Bithyni and Thyni migrated from Thracia to later Bithynia during the early Iron Age).

With time Bithynia became strongly hellenized, so in my opinion the hellenistic generals fit better than the eastern ones.

You must start a new campaign to see the changes.

The 3 vanilla units for Cappadocia are:

-Karian Axemen (they are neighbours to Cappadocia, recruitable from Eastern Infantry Tents, Level 2)

The 4 new units are:

The Cappadocian Galatian equipped Infantry is recruitable for the Seleucids too, as the seleucid King Antiochus III used 2000 of them "equipped in galatian style" at Magnesia ( Duncan, "Armies of the Macedonian and Punic Wars", p. 122).

The Stats are developed on Vanilla stats and should fit perfect to Vanilla.

This is a semihistorical, but historic plausible Mod, based on Vanillastyle.

I tried to make it historical to my knowledge as possible.

You will an All factions playable-Mod to use this units by yourself.

I recommend as complementary reskin mod for Bithynia, especially for the famous Bithynian Infantry:

Screenshots were made, while using Armoured Horses Mod, CIU East, CIU West from Avetis/CIU Team, CIU Iberian Tribes from Miri82, ACR - Alii Colores Romae: Totus from Demokritos, Better Horses, elephants and dogs HQ texture v2 from Noif1988 and NORMALMAP (decalmap) from CJiaBa. I recommend to use them for a better graphical experience.

- CA for the vanilla game and the assembly kit

- Sebidee for his great modding tutorial

- BoyaWho? for some of his unit icons

- Cataph for inspiration (history of Bithynia)

Marcus_Iunius_Brutus  [author] Oct 12, 2019 @ 2:52pm
Sorry, no, i want a clear difference between them and other eastern factions. They are solely melee focussed.

For me the only troubling thing was level 3 barracks, but this is solved for me now.

Marchewa99 May 25, 2019 @ 7:13am
Nice. Or if it's possible you could make them also more expensive. But idk what's easier. I mean i like bithynian infantry cause it is unique vanilla unit ananin my opinion it deserves to be useful in lategame.

Marcus_Iunius_Brutus  [author] May 24, 2019 @ 3:36pm
They are already 50 % cheaper than Eas Axemen but i will make them recruitable from greek and eastern level 2 military barracks.

Marchewa99 May 24, 2019 @ 1:44pm
Hi, is it possible to improve Bithynian Infantry? They are from tier III barracks but they are very weak. Maybe stats similar to Axemen(from armenia)?

Marcus_Iunius_Brutus  [author] Feb 28, 2019 @ 10:55am
Pontos and Pergamon yes. Bithynia and Cappadocia not. I found not one historical record about them. I will not add them.
< >