Greenlight > Games > theconsumingshadow's Workshop
Greenlight is being retired. For more information on how to submit games to steam, refer to this blog post.
This item has been removed from the community because it violates Steam Community & Content Guidelines. It is only visible to you. If you believe your item has been removed by mistake, please contact Steam Support.
This item is incompatible with Greenlight. Please see the instructions page for reasons why this item might not work within Greenlight.
Current visibility: Hidden
This item will only be visible to you, admins, and anyone marked as a creator.
Current visibility: Friends-only
This item will only be visible in searches to you, your friends, and admins.
The Consuming Shadow
Description Discussions27 Announcements7 Comments302 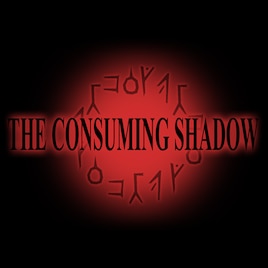 theconsumingshadow
Offline
See all 24 collections (some may be hidden)
Recent Announcements View All (7)
Greenlit!
August 6, 2015 - Shoku

"Your title, The Consuming Shadow, has been Greenlit!". Thank so much for all the votes. We were Greenlit in just 10 days thanks to you!

Before we launch on Steam, we're going to look into how to add support for trading cards as well as achievements. It's part of the various additions we're considering to make the game more long lasting. We've setup a discussion here as well where you can suggest features to help us do this: https://steamcommunity.com/workshop/filedetails/discussion/469475287/535152511355316794/

We're still not Greenlit on GoG, so if you feel like voting, you can do so here: http://www.gog.com/wishlist/games/the_consuming_shadow

PS: Those of you who bought the game on Humble will be getting a Steam key!

Only a couple more days left to get the Consuming Shadow special bundle for the reduced price! In the meantime, we've released an updated version of the game that fixes a couple of major issues that have been reported by users. Thanks to everyone who took the time to let us know about them.

- Fixed game not deleting save files for some users. This was a rare one that might have been related to players using older or non-English language versions of Windows, in which the game was happy to write save files but not delete them, so whenever you tried to start a new game it'd load the end of the previous one. The game has been reprogrammed to overwrite saves rather than delete them, which should fix the issue.
- Fixed the crash caused by the 'northdoor' variable in dungeons. A lot of people have reported this one, it was caused by a specific random sanity effect trying to activate in a dungeon entrance. All fixed now.
- Fixed town jobs disappearing when a subsequent text message is ignored
- Fixed a rare crash on the encounter screen caused by 'rewitem' variable
- Fixed an error in which equipment quests would show the item being owned when it isn't
- Fixed saving hostages not being acknowledged in the end text of some dungeons
- Fixed being able to interrupt the final ritual by interacting with the rune cluster
- Fixed some typos

Please re-download the game from Humble Store to ensure you have the best possible experience with Consuming Shadow. The version on Mac App store will be updated soon as well.

Just to answer a couple of frequently asked questions, yes, we will be giving out Steam keys to anyone who buys the Humble Store version, when/if we get cleared by Steam Greenlight. And yes, we will be adding Steam achievements at that stage.

On that note, thanks to everyone who's been supporting the game on Steam Greenlight. And it's also been heartening to see the player-created support and resources appear quite unbidden by us, some of which I thought I'd boost a little here, since it's nice to have places to exchange knowledge.

The GoG wishlist page: http://www.gog.com/wishlist/games/the_consuming_shadow
Thanks to anubisgod6 for creating an entry for us on the GoG wishlist. If you'd like to see the game available on GoG, you know what to do.

The Consuming Shadow wiki: http://the-consuming-shadow.wikia.com/wiki/The_Consuming_Shadow_Wiki
Could use a bit of fleshing out, this one

Read More
Description
Release date: July 2015
The Consuming Shadow is a procedural survival horror adventure in which you must explore the land, fight your way through randomly-generated dungeons and try to stay sane in your quest to save the world from the invading Ancients.

- 4 playable characters to find and unlock, each with a different play style

- 20 different monsters to discover and fight

- Learn the 8 magic spells to gain the upper hand

javierucu Feb 4, 2016 @ 6:46am
hi, i think The Consuming Shadow looks fantastic. I love horror games. Now i´m finishing the working in other game and it would be great to cooperate with such a promising team. I think my work could fit perfectly in your project. You could listen my music here: https://www.youtube.com/watch?v=pA7fQzZ9gUU Could we talk about it? my email is: cga.sound@gmail.com Thank you.

Akimbo Jesus - Combat Wombat Sep 14, 2015 @ 1:09am
Yahtzee, do you guys need music for this game? I hate to be the douche that comments on multiple greenlight pages, but I'm a huge fan of both zero punctuation and Mogworld, and I feel like this game would benefit from some music, even if it was minimalistic. A game I did the entire soundtrack for recently got on steam if you want a reference.

I also know you guys already technically released this on other platforms, but maybe the steam version could have some subtle music going on. Let me know if I don't sound like an ass.

FaithlessZealot Sep 6, 2015 @ 9:20am
I don't get the newgrounds graphics complaint i'd say it's functional and that's all i needs to be i think the actual mechanics outshine graphical fidelity.