Store Page
Company of Heroes 2 >  Workshop > nwL's Workshop
This item has been removed from the community because it violates Steam Community & Content Guidelines. It is only visible to you. If you believe your item has been removed by mistake, please contact Steam Support.
This item is incompatible with Company of Heroes 2. Please see the instructions page for reasons why this item might not work within Company of Heroes 2.
Current visibility: Hidden
This item will only be visible to you, admins, and anyone marked as a creator.
Current visibility: Friends-only
This item will only be visible in searches to you, your friends, and admins. 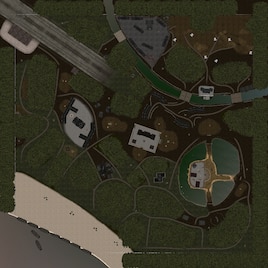 nwL
Offline
See all 21 collections (some may be hidden)

This item has been added to your Subscriptions. Some games will require you to relaunch them before the item will be downloaded.
Description
When Japanese troops arrived on Guadalcanal on June 8, 1942, to construct an air base, and then American marines landed two months later to take it away from them, few people outside of the South Pacific had ever heard of that 2,500-square-mile speck of jungle in the Solomon Islands. But the ensuing six-month Guadalcanal campaign proved to be the turning point of the Pacific war.

Strategically, possession of a Guadalcanal air base was important to control of the sea lines of communication between the United States and Australia. Operationally, the Battle of Guadalcanal was notable for the interrelationship of a complex series of engagements on the ground, at sea, and in the air. Tactically, what stood out was the resolve and resourcefulness of the U.S. Marines, whose tenacious defense of the air base dubbed Henderson Field enabled the Americans to secure air superiority.

Features
• Asymmetrical map for different warfare on both sides
• A jungle map without jungle trees! I will pay for jungle tree assets. Pls.
• Jungle and house warfare, with smooth transitions.
• Central fighting point around a train station to get vital resources delivered.

Points of Interest
• Let the Americans arrive from the beach! American bases are placed on the beach, replaying the fight from early 1943!
• The Japanese don't want that, but because the Americans won, we have no Japanese Forces in CoH 2. Well, defend with any other fraction from the deepest jungle!
• The infamous Henderson Field is an open strip, good for tank warfare and artillery!
• The jungle parts are hard to overlook, making a sneak attack possible.
• The destroyable bridges in front of the pseudo-japanese headquarters will make them pay if destroyed.
• (Note to self: FIX) A sole infantry-type island will make infantry warfare more interesting.

Thanks
My thanks go to ap2.5 and Caulaincourt for finishing a 2 1/2 hour battle with 2 AI against 4 Hard AI after my internet went mad; and for all the (mostly) constructive criticism.

Roadmap
• Fix the infantry island to make it an INFANTRY island. Damn me.
• Fix the buildings in the middle to make tank movement more comfortable.
• Get damn jungle tree models and rebuild the trees on the map. All of them.
< >
2 Comments

comanche352006 Jan 16 @ 11:14am
Great, fun map; challenging...two issue we had playing this map, there seemed to be 2 points which we could not cap - 1st standard point was southwest of the center repair station point, and 2nd point was northeast of the same repair location (center map) which is a munitions point by the bridge. Other than that, we really enjoyed the map.