Greenlight > Games > HexWar Games's Workshop
Greenlight is being retired. For more information on how to submit games to steam, refer to this blog post.
This item has been removed from the community because it violates Steam Community & Content Guidelines. It is only visible to you. If you believe your item has been removed by mistake, please contact Steam Support.
This item is incompatible with Greenlight. Please see the instructions page for reasons why this item might not work within Greenlight.
Current visibility: Hidden
This item will only be visible to you, admins, and anyone marked as a creator.
Current visibility: Friends-only
This item will only be visible in searches to you, your friends, and admins.
Russian Front
Description Discussions1 Comments40 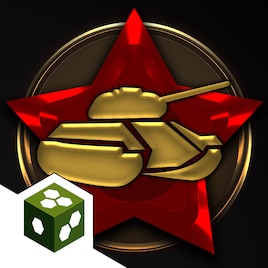 View Russian Front in the store

Store page
Description
Release date: Q3 2015
Russian Front
Russian Front is an operational-level wargame in which you battle for the Russian Front - the pivotal moment in World War 2.

What people are saying...
"The interface is just so clean, intuitive and functional that I was able to get past the learning curve in no time at all, and get right down to the business of developing tactics to beat the game." - Mark D., Grognard.com

Game Details
Experience grand strategy across the entire theatre of the Eastern Front; the military conflict that many consider to be the iconic attacker/defender scenario. Command massive armies at your fingertips, in this fully 3D turn-based simulation of one of the largest military campaigns in history, playable as both Germans and Russians.

Start in the early days of Operation Barbarossa and follow the German invasion of Russia through to its ultimate failure. Or start later in the war and jump straight into the Russian counter push to Berlin. A massive 108 turn campaign will take you from the opening stages to a final, overwhelming Russian offensive. Four shorter Operations, spanning 16 turns each, take place from June to December of each year and offer a more condensed experience.

The bitter weather on the Eastern Front was as much a danger as the opposing forces, and the game reflects this with a seasonal cycle that has a profound effect on your tactics as you struggle to hold out through the vicious Winter until reinforcements arrive in Summer. Players must also deal with fog of war effects, and will be able to cut off their opponent's supply lines, while making sure their own stay secure.

but all the other ones..are voted on :)

Russian Front has been Greenlit and is now listed in the Steam store. For the latest information, purchase options, and discussions for Russian Front, please see it on the Steam Store or in the Steam Community.
Visit Store Page
For more details Visit Community Hub
For latest discussions
If you really, really want to, you can continue to the Greenlight page. Information on this page may be out of date, since all the action has moved to the areas noted above.