Greenlight > Games > SionoiS's Workshop
Greenlight is being retired. For more information on how to submit games to steam, refer to this blog post.
This item has been removed from the community because it violates Steam Community & Content Guidelines. It is only visible to you. If you believe your item has been removed by mistake, please contact Steam Support.
This item is incompatible with Greenlight. Please see the instructions page for reasons why this item might not work within Greenlight.
Current visibility: Hidden
This item will only be visible to you, admins, and anyone marked as a creator.
Current visibility: Friends-only
This item will only be visible in searches to you, your friends, and admins.
Codename : Rogue Fleet
Description Discussions0 Announcements11 Comments84 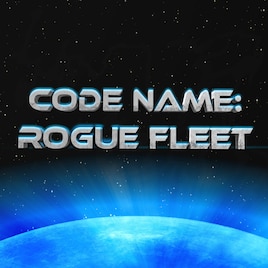 SionoiS
Offline
See all 9 collections (some may be hidden)

After months of work, my game will be release the 15 of January 12pm PST.

I would like to thanks all the people who voted on greenlight for making it possible.

The dream I had to make a game is now fulfilled but it wasn't without efforts.
Maybe the final game is not exactly what I had in mind when I started but I still happy that it's done.

Hopefully, I will have the funds to add music and a new good looking UI for the game.
Fear not, even if the campaign is unsuccessful the game will still be launch on Steam.

Spread the word (and love) !

Read More
Description
Release date: July 2016
The Idea
Rogue Fleet is a multiplayer team-based game about spaceships combat. Imagine World of Warships mixed with Dreadnought than add an Homeworld feel to it.

Each ships in the game have different gameplay. The smaller ships rely on fast decision making from the player, than as you choose bigger and bigger ship, the focus will shift toward long term strategic planning.

Small ships are fast, numerous and easy to play, which is ideal for players who like action. The biggest ships are slow, powerful and unique to your team. Tactical players who carefully plan their next move will love these.

I firmly believe that gameplay is what make long lived games, and not graphic, story or diversity. It is with those core ideas and philosophies that i started this project on the 20th of April 2015.

The Gameplay
A match of Rogue Fleet will pit two team of 12 players against each other. At the start of a match, players will choose their ship. With the help of their team and by managing the strengths and weaknesses of their respective ship, players will achieve victory by destroying all enemy ships.

The key of success here is team-work and strategy. Will you destroy the enemy capital ship's engine so that your torpedo destroyer can take him out easily? Should you attack the flak frigate, so that your team's corvettes can survive longer, or the ion frigate, before it destroy you?

Battleship : Armed with 2 ion cannons, 10 heavy missile launchers, 5 torpedo tubes and a drone bay, the Battleship is the most powerful ship in the fleet.

Carrier : Having one of these overseeing the battlefield is an advantage that your opponent cannot deny. With an extra large drone bay and flak cannons the Carrier can provide extra protection against smaller ships.

Torpedo Destroyer : With 10 torpedo tubes, the Torpedo Destroyer is a real threat to any ship. Add 5 heavy missile launchers, 2 ion turrets, and you got the biggest explosive potential in the fleet.

Missile Destroyer : To effectively hunt smaller ship, this destroyer is equipped with 10 high reload speed heavy missile launchers. This one can literally fill space with explosions.

Ion Frigate : 1 ion turret, 5 torpedo tubes and 5 small missile batteries, is all you need to strike fear into Goliath's heart.

Flak Frigate : A fast flak turret is the ideal weapon to hunt corvette, and this frigate has 3 of them.

Laser Corvette : You can strike bigger ship where it hurts with this corvette, thanks to it's lack of shield. On the down side, well you don't have a shield...

MultiGun Corvette : Going in and out of shield bubbles has never been this easy, you can now destroy those pesky fighters with ease.

Fighters (five per team) : Fast crafts with special shield, but no armor.

Interceptor : Corvette killers, that's what they are.

The Weapons
Each weapon is especially designed for maximum effectiveness against one ship class.

danalyze Jul 18, 2015 @ 9:19am
Awesome game!Voted and bought it through Groupees's Build a Greenlight Bundle 27.Best wishes!

SionoiS  [author] Jul 17, 2015 @ 9:46am
A campaign with a story is something i wish, i will be able do in the future, but even just MP bots will lengthen the development time, and with my current resources as an indie dev, i need to keep the scope of the game small if i want to release a finish product in a reasonable time frame.

Man Ray Jul 16, 2015 @ 5:07pm
As many others have pointed out, I think its crucial to provide single player and multiplayer.
That being said it looks great so far! Voted, good luck!
< >

Codename : Rogue Fleet has been Greenlit and is now listed in the Steam store. For the latest information, purchase options, and discussions for Codename : Rogue Fleet, please see it on the Steam Store or in the Steam Community.
Visit Store Page
For more details Visit Community Hub
For latest discussions
If you really, really want to, you can continue to the Greenlight page. Information on this page may be out of date, since all the action has moved to the areas noted above.