Store Page
Natural Selection 2 >  Workshop > Katzenfleisch's Workshop
This item has been removed from the community because it violates Steam Community & Content Guidelines. It is only visible to you. If you believe your item has been removed by mistake, please contact Steam Support.
This item is incompatible with Natural Selection 2. Please see the instructions page for reasons why this item might not work within Natural Selection 2.
Current visibility: Hidden
This item will only be visible to you, admins, and anyone marked as a creator.
Current visibility: Friends-only
This item will only be visible in searches to you, your friends, and admins. 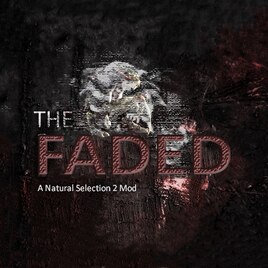 This item has been added to your Subscriptions. Some games will require you to relaunch them before the item will be downloaded.
Description
Mod id : "1b0bc710"

The Faded is a new gameplay modification for Natural Selection 2 based on The Hidden: Source.

This mod is still in development and not finished yet, there might be no servers and there might be bugs or changes to the gameplay, so be aware of that when you play it.

If you found a bug or have a suggestion, please leave a comment below. I would really appreciate that.

In The Faded you have the Marine team and the Fade. The Fade escaped the research facility of TSA where they made experiments with it. Unfortunately those experiments gave the Fade permanent upgrades which make him the perfect killer: fast (Celerity), stronger (Carapace and Adrenalin), silent, invisible (Cloak) and enhanced abilities. The Fade needs to kill the Marines within a given time, otherwise he loses. The Fade will be chosen randomly among all players, that's why you are only allowed to join the Marines team.

This mod is the most up to date version of the Faded and will be updated frequently. It will be used for new features testing and end developpement balancing.

The old mod (here) is no longer maintained : http://steamcommunity.com/sharedfiles/filedetails/?id=156700641

Tutorial is available at: http://steamcommunity.com/sharedfiles/filedetails/?id=444859807

Changelog:
Change log 0.24 Hidden
* Fixes
- Fixed babblers having the skulk byte sound
- Fixed babblers not being displayed on the minimap
- Fixed fake marine having the name "Kill me I am a spy" above him
- Fixed concede not working
- Fixed FPS issues

* Mod changes:
- Marines, when killed, stay dead (they won't be a babbler automatically)
- The faded is now randomly choosen among all the players of team 2, the others are babblers.
- Objective mod has been disable
- Removed babbler ammo drop
- Babbler XP disable (too broken)
- No more timer

Faded is back online !

* Others
- Turned objective mod off by default (can be turned on again in the server faded .json)

* Others
- Update the hints list
- Removing the clog tentacles


Note: Corpses can't be attached to moveable map objects at the moment

* Features
- Add a small XP system to the babblers. For each level:
--> +1 new little babbler that follows you
--> +1 damage
--> +1 HP
--> Xenocide is unlock after 3 bites
- Add the marine buy menu as a babbler player
- Fake marines can now hear marines voice communications

Katzenfleisch  [author] Jan 31, 2018 @ 10:42am
Unfortunatly there are not enough people playing mods at the moment for me to invest time into fixing this mod for it to be compatible with the current build, and maintaining the server running it. Don't get me wrong I would like it to be running again but I have tried a few time already in the past and it almost always end up in an empty server.

Katzenfleisch  [author] Mar 9, 2017 @ 2:35pm
Yes, got time tomorrow for that. It will be like before (players only join marines, fade selected randomly with greater chances if they killed a fade during the round)

Katzenfleisch  [author] Mar 6, 2017 @ 10:31am
Yes, the mod got updated for the tournament for teams not to be mixed during the round (marines going alien and being fade, or babbler when killed). Only got the time to enable back objectives and the timer. I will revert the selection as before during the week as I need to do some cleanup and bug fixing on it too.

Jamb0t Mar 5, 2017 @ 6:42pm
The selection chance does not seem to be working nor marine or fade gets changed when round ends.