Greenlight > Games > TERNOX's Workshop
Greenlight is being retired. For more information on how to submit games to steam, refer to this blog post.
This item has been removed from the community because it violates Steam Community & Content Guidelines. It is only visible to you. If you believe your item has been removed by mistake, please contact Steam Support.
This item is incompatible with Greenlight. Please see the instructions page for reasons why this item might not work within Greenlight.
Current visibility: Hidden
This item will only be visible to you, admins, and anyone marked as a creator.
Current visibility: Friends-only
This item will only be visible in searches to you, your friends, and admins.
Taimumari
Description Discussions0 Announcements7 Comments149 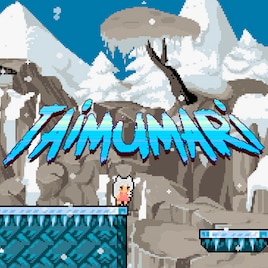 TERNOX
Offline
See all 10 collections (some may be hidden)

View Taimumari in the store

Read More
Description
Release date: Jule 2015
Blast from your childhood
Retro-style platform game in keeping with the best traditions of games of our childhood! Take control of the Himari, the young female wizard travelling across various ages to settle the balance in time across the whole world!

Plot
Somewhere in the sky, far away from the ground, another world floats - a fantasy world named Zaria. Citizens of Zaria had to watch the flow of time, but when the ancient talismans fell into the hands of evil, the flow of time was distorted. Kana the High Keeperess sends young wizard Himari to the difficult quest of finding everyone guilty of stealing talismans, and returning them into reliable hands.
The ones who stole the talismans appeared to be five young keeper wizards underestimated by everyone and wishing to show their power to the people in such a way.

But why does not everyone bother about Zaria's origins, and what is this place all about? May you succeed in solving the mystery of this world.

Go forth to various ages on your uneasy adventure to find the five keepers and to reclaim the talismans!
< >
149 Comments

Taimumari has been Greenlit and is now listed in the Steam store. For the latest information, purchase options, and discussions for Taimumari, please see it on the Steam Store or in the Steam Community.
Visit Store Page
For more details Visit Community Hub
For latest discussions
If you really, really want to, you can continue to the Greenlight page. Information on this page may be out of date, since all the action has moved to the areas noted above.