Greenlight > Games > Poison's Workshop
Greenlight is being retired. For more information on how to submit games to steam, refer to this blog post.
This item has been removed from the community because it violates Steam Community & Content Guidelines. It is only visible to you. If you believe your item has been removed by mistake, please contact Steam Support.
This item is incompatible with Greenlight. Please see the instructions page for reasons why this item might not work within Greenlight.
Current visibility: Hidden
This item will only be visible to you, admins, and anyone marked as a creator.
Current visibility: Friends-only
This item will only be visible in searches to you, your friends, and admins.
Time Grip
Description Discussions2 Announcements21 Comments206 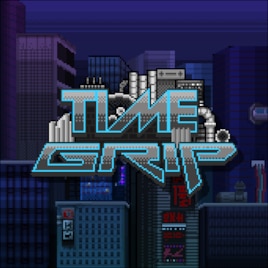 Hello everyone!
Remember when we said we were working hard on this new visual revamp? It was no lie and we are super satisfied with how's everything going, this is our current list of things done:

Things we are working on now:

-New reloading mechanic.
-Powerups will now be selected before level starts and will only be 2.
-Stores will be remade,
-Levels and levels.

We will be very soon updating the whole greenlight page with all this new content that's on the making.

and some brand-new gifs including the new HUD just for you guys.

(Sorry for the timing thingy in the record, won't happen again I hope!)

Hello! It's been quite some time isn't it

We've got to say sorry for the time given for us to actually post again, we've been seriously working hard on the game and that's for no reason. Before we had a big issue with the project itself, because of all the changes we've made with time the Project was full of lots and lots of unnecesary things that made development harder, also being another issue that the game wasn't pixel perfect (Graphically and artistic wise).

We decided to take a huge turn that has lead to increasing the speed of the development around 40%, sadly, it had a huge cost... We restarted the development of the project, with a new more polished storyline, pixel perfect graphics and better performance. Now that we've started this project with better organization now the artist can make huge tilemaps instead of the previous small levels. We really hope you'll enjoy the change and we're deeply sorry for the ones that wanted to play this in 2017 Q1/Q2. I feel the game's development will be thrice as polished with our new turn.

Hub also got a total overhaul, now things will be more interactive and more detailed.

Same old maps will return, but quite a lot bigger, we can now map in 1 week what would've taken a month before.

Now one level will be 3 of these 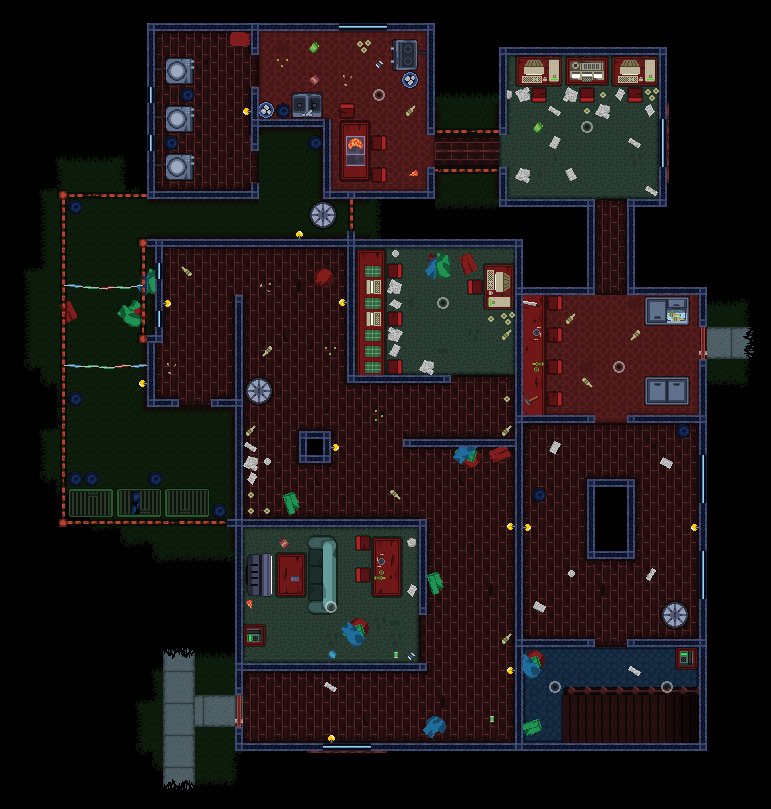 Lots of exposions will stay the same, don't worry, screenshake will still be adjustable.

Read More
Description
Release date: 2016/2017
Time Grip, a simple yet entertaining Arcade top-Down shooter where you can get from a knife to a massively destructive arsenal.

Jet, a cold war veteran, drown in alcohol addiction, moves to a dangerous city to avoid law after causing multiple fights in bars, being poor and very low on resources, ends up in a cheap room located in a dangerous neighborhood, where he would get an offer he couldn't reject, killing for the money or starve in the streets.


The game's main inspiration comes from classical top down shooters such as old Grand Theft Auto games along with modern influences such as Saints Row, Hotline Miami and the movie John Wick.

-> The game will have more levels and weapons?
Of course, but I would love to see your guys have interest in the game, that would surely make me feel more confident about making new content.

-> Time grip will be released on Linux and Mac?
I'm planning on making a version for both systems in the future, so probably yes, still working on that.

->What about achievment/cards?
We will do our best to include achievment and trading cards, they're planned and also in development.

My name is Jesús Pérez (AKA Oultrox) and now I'm currently working on this game with all my efforts and love with my partner Samuel Guevara. I'm a developer living at the momment in Chile. I started this project alone because I love retro-styled games and Top-down shooters, after some months a friend of mine, Samuel, joined me to soonly start a indie group, which is called Lonely Moon Games. If you need to get in touch with please contact me at jesus-perez95@hotmail.com.

Special thanks to Takamo who drew the character!
you can check out his work here! {LINK REMOVED}http://takamodraws.deviantart.com/

Poison  [author] Nov 5, 2016 @ 2:52pm
@markzero Yea bro! sorry about not posting an announcement these days, but we will! you can check out more content in the FB page too: https://www.facebook.com/timegrip/ , an announcement is coming these days. sorry for delay.

markzero Nov 3, 2016 @ 11:09pm
They have screenshots in their Twitter account dated the end of October, so still in progress.