Greenlight > Games > Silver Sword's Workshop
Greenlight is being retired. For more information on how to submit games to steam, refer to this blog post.
This item has been removed from the community because it violates Steam Community & Content Guidelines. It is only visible to you. If you believe your item has been removed by mistake, please contact Steam Support.
This item is incompatible with Greenlight. Please see the instructions page for reasons why this item might not work within Greenlight.
Current visibility: Hidden
This item will only be visible to you, admins, and anyone marked as a creator.
Current visibility: Friends-only
This item will only be visible in searches to you, your friends, and admins.
Big Journey to Home
Description Discussions0 Announcements8 Comments58 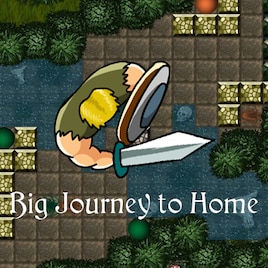 Silver Sword
Offline
See all 8 collections (some may be hidden)

View Big Journey to Home in the store

The genre remains the same, that is, it’s still a puzzle game. The idea is to move around cubes which follow different movement patterns, that is, when one cube moves up, another would move down. The game will be stylized as old games on computers such as the ZX Spectrum.

The game is now available in Steam Greenlight. Please vote!

A small trailer is available here.

You may find out more about the game and discuss it, as well as download the demo, on the game’s page[silversword.itch.io].

By the way, Big Journey to Home is currently discounted by 33% in celebration of the Lunar New Year. Buy the game now!

The game is now available! Yay! 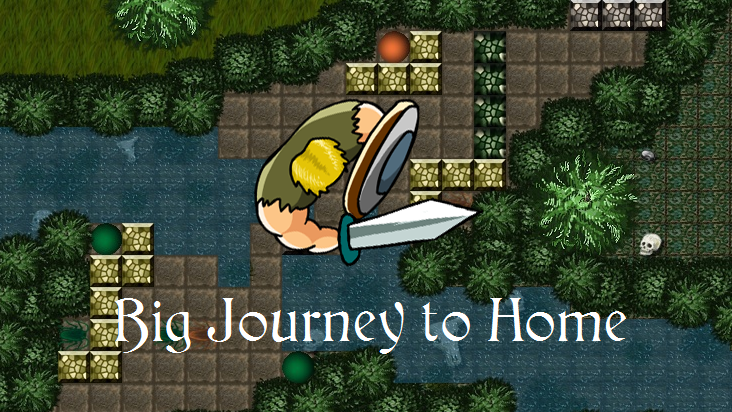 Hello, dear fans and players!
Today is the day Big Journey to Home is finally available! The full version is out!
The game is available for Windows, OS X and Linux for $9.99. You can purchase it on Steam, Desura, itch.io, IndieGameStand or our website. The distribution platforms will offer a 20% discount on the first week after release. You can buy the game for just $7.99 for a limited time!
It is important to remember that some stores price games differently in different regions. For instance, in Russia you can buy the game for 249 rubles on the official website or in Steam, but some other stores raise the price to 629 rubles. Remember this!
I have decided not to unpublish the Android beta. It has been updated to 1.0, but is still considered to be a beta, as many of the features are still unimplemented. The official version for smartphones and tablets will be available later. Follow our news!
Of course, don't forget the fact that the game will keep being constantly updated. Stay tuned! The next version will be 1.1. It will implement some of the functions we couldn't do for release. However, we are interested in what exactly you'd like to see in this next update. We have created a survey, and you can fill it out below:
https://docs.google.com/forms/d/1qdhz-wqCxMdZuHOBhj6QMcTWxNRZ0ITTzPULdM_2Ais/viewform
Of course, if you notice any bugs or have any suggestions, contact us via the social networks, our official communities and forums! We look forward to seeing your feedback

Thanks to everyone who stayed with us until the release! This is very important for the Light Sword Team!
http://www.youtube.com/watch?v=toojmKSAbEk
Buy game now[bigjourneytohome.com]
Sincerely, the main developer of the game, Vyacheslav Mironov or Silver Sword!

Welcome to the world of medieval adventures!
You play as Jake, a simple guy who accidentally got in trouble. What will happen to him, how he will behave, whether he gets home: all of this depends on you. Along the way you will encounter a variety of living creatures, from cockroaches to huge scorpions, lizards and even small hamsters! In addition to living beings, you will see a variety of complex mechanisms. To overcome snow, forest, desert and underground areas, you will need a good weapon that - a well sharpened blade that will slay (nearly) every monster.

You will need to carefully plan every step so that the monsters don't eat you for dinner. However, as long as you stand still, the monsters cannot touch you. The hardcore mode, however, won't let you sleep: you will have to play at full speed.

If you have a friend, you can play a separate story about Jake's brother with them. You can traverse the same remote locations and see the same monsters, but they will behave differently. If your friend is lost, you can show them the way using the built-in chat and ping tool.

The game has an achievement system - try to unlock them all! If you want to stay in this unusual world, you can extend the fun by using custom levels that are built by players just like you. Thanks to the convenient level upload system, you can play the game for a very long time.

The Greenlight story
The game was in development for about five years now, powered by the Game Maker Engine. Many different people contributed to the game's development, the developer team has changed over time. Some people have been making maps, some others have been drawing. As of right now, the game has only one developer left: Vyacheslav "Silver Sword" Mironov. I have created this game from the very beginning and am still working on it.

The current state of the game and roadmap
Currently the game is in Beta. You can pre-order the game today and get access to the beta version of the game on the official site. The official release is planned on August 5 for Windows, OS X, Linux, iOS, Android and OUYA. The game will be available in Russian and English languages. The are no plans to add Steam Early Access. Everyone who bought the game elsewhere will receive a Steam key after the game is released. In the future, the game will be constantly updated, including paid DLC with new levels and characters and will be translated into other languages. We also plan to port the game to Windows Phone 8, Windows 8, and even desktop consoles (Wii U, for example).

Big Journey to Home has been Greenlit and is now listed in the Steam store. For the latest information, purchase options, and discussions for Big Journey to Home, please see it on the Steam Store or in the Steam Community.
Visit Store Page
For more details Visit Community Hub
For latest discussions
If you really, really want to, you can continue to the Greenlight page. Information on this page may be out of date, since all the action has moved to the areas noted above.