Greenlight > Games > Philosoplay's Workshop
Greenlight is being retired. For more information on how to submit games to steam, refer to this blog post.
This item has been removed from the community because it violates Steam Community & Content Guidelines. It is only visible to you. If you believe your item has been removed by mistake, please contact Steam Support.
This item is incompatible with Greenlight. Please see the instructions page for reasons why this item might not work within Greenlight.
Current visibility: Hidden
This item will only be visible to you, admins, and anyone marked as a creator.
Current visibility: Friends-only
This item will only be visible in searches to you, your friends, and admins.
That Rock Paper Scissors Game!
Description Discussions0 Announcements5 Comments149 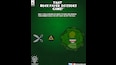 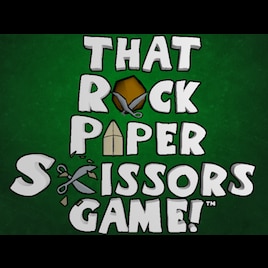 Philosoplay
Offline
See the collection (may be hidden)
Recent Announcements View All (5)
Improvements to the menu system
April 10, 2017 - Philosoplay

Hello everyone! Just wanted to drop a quick heads up and let you all know what i'm working on today! I'm improving tutorial menu and so far it's looking better and better! The data regarding the attributes of each power ups is totally off but ill correct those later. I'm just making sure my code is working properly! Next is to make the characters demonstrate each power up and super attack! So far so good but still lots to do!!! :)

Adding a new Tutorial Level for #ThatRockPaperScissorsGame! (working title) so players can learn how to use various power ups, super attacks, boosting techniques, as well as both attack and evasive maneuvers! Heavily inspired by the Street Fighter V training room, this simple yet effective level reduces draw call which helps players study frame data and timing as well as understand spacing!!! :)

The gist...
"That Rock Paper Scissor Game!" takes the core mechanics of rock paper scissors and brings it into a new space for multi-player gaming. Players select one of three characters and then chase and collide with their “prey” while trying to run away and avoid a collision with their “predator”. Power ups like land mines, invisibility, and dashing can give you a competitive edge and the player with the highest score at the end of the match wins!

3 players square off in an all out war! Rock smashes Scissors, Scissors cuts Paper and Paper covers Rock! sounds simple? Well it isn't while you have to pay attention to both your predator and prey! Matches last 90 sec and the player the highest score wins!

2 teams, 3 players per team, each player is either rock, paper or scissors. So, if you're on team 1 and you're rock you must eliminate team 2 scissors while avoiding team 2 paper! Team with the highest score at the end of the match wins!

Rock, Paper and Scissors team up to survive wave after wave of zombified rock, paper scissors! The longer you last the more difficult the waves become! Work together to be the team that lasted the longest for your name at the top of the leader boards!

Power ups include but are not limited to Dashing, Invisibility and Land Mines! Players get extra points if they successfully use a power up to destroy an enemy! Some power ups may be used on both predator and prey to either score or escape!

squidaccus Jan 20, 2017 @ 4:39am
Great to know this is still being worked on! Steam was glitching out a bit so it said the developer hasn't been on for almost 2 years, so I'm sorry that I made the assumption it was dying. I'm super hyped for this game, as it had already amazed me at Smash Con. Glad to know that you've been working on this all the time, and sorry about saying it was dying.

Philosoplay  [author] Jan 19, 2017 @ 10:02pm
Hello Melting Squid! I'm sorry for the lack of updates but i assure you this game is faaaaar from dead! Its my life's work and I've been working everyday to port it into Unity 5 and so far so good! I've been laying low while working hard on it and i haven't made any post about the current status of this game but now that i know there is some interest in the progress of this game ill start making status reports for this game! Sorry for the lack of news on it and ill put together a status report this weekend! Thank you for checking in and for all the kind words about this game! I hope i can meet your expectations with this game!!! :)

definitely the perfect game for a group of friends like mine that thrive on competition and screaming at each other. Seruously, though, tons of fun and super addicting, definitely voting yes on this!

Mr. Manager Feb 21, 2016 @ 5:35pm
Played at MAGfest. Loved the game. Hope to see more out of the simple design. My friends and I really liked th green highway level where you could go from one side of the screen to the other. We hope that you implement more level design scenarios like that.
< >