Greenlight > Games > joltcountry's Workshop
Greenlight is being retired. For more information on how to submit games to steam, refer to this blog post.
This item has been removed from the community because it violates Steam Community & Content Guidelines. It is only visible to you. If you believe your item has been removed by mistake, please contact Steam Support.
This item is incompatible with Greenlight. Please see the instructions page for reasons why this item might not work within Greenlight.
Current visibility: Hidden
This item will only be visible to you, admins, and anyone marked as a creator.
Current visibility: Friends-only
This item will only be visible in searches to you, your friends, and admins.
Cyberganked
Description Discussions3 Announcements4 Comments86 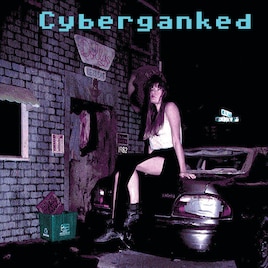 joltcountry
Offline
See all 3 collections (some may be hidden)
Recent Announcements View All (4)
Q&A With Moop
June 1, 2015 - joltcountry

Since replies need to be less than 1,000 characters, here's our full reply to Moop from the comments.

It is with great respect that I answer these questions. The admin screen says that one of your votes is worth 7 times the average Greenlight voter. If anything I feel they are short-changing you:


1) Would you describe this as a smart game for smart gamers?

As the premise is that six people were at such loggerheads over their internet connection dying that they left their homes and started getting into vicious street fights, I would not say that it is a smart game. It is a borderline mentally retarded game for smart gamers that requires visits downtown to see the one specialist the insurance company said can cure or at least manage lumpskull.


2) Can I passionately romance any NPCs?

You can give them a kiss... of death! Actually, since I forgot to turn off random encounters in the stores, fights can break out there and I'll add code to let the cashiers take damage. I'm sorry: you asked about romance. For some reason I never seem to be able to talk about romance without instantly thinking of hitting people.


3) Can I dispassionately romance any NPCs?

Yes. Every time I forgot to include the right dialogue option, that means the party's awkward advances were shot down.


4) What kind of crafting system have you implemented?

Thanks for asking. Machinists can harvest copper to improve weapons and armor, but they carry around a W2 and pay stub around to separate them from the "bum" NPC. Chemists can create morphine, Flexeril, Valium, Vicodin and all the other pills I've been taking to ward off the cruel taunts contained in the other Greenlight comments. If discovered, the game's Easter Egg will be a recipe for veggie beefers that you can craft in real life.


5) Are there any plans to release a supplementary novella to expand on your universe's lore?

Yes. I wish I had a bit here, but yes. The other authors finished their bits, I just have to finish mine.


6) Will there be a separate social app / content delivery service?

Well, there's Desura but I hear they don't pay their devs. Actually, judging by the reaction in the comments, Steam and Desura should give me very similar experiences.


7) Can you comment on the inclusion of the following:
- lens flare

Yes! The camera I used took pictures with actual lens flare due to my low competence.

Like how the guys bounced around in Circus Atari? I'll add that to the sequel.

It supports all of the built-in monitor functions that your monitor supports with that little button you always hit on accident when you're trying to turn the thing on.

Unfortunately no, with four colors the closest shade of cyan we could do was magenta.

Technically, all the graphics are 600x450 textures, which seem pretty big to me!

The boxed copy of Cyberganked will support up to three Occulus Rifts before collapsing under the weight.

Yes, in so much as every fish I've ever owned has died on me, and they will in this, too.


8) Do you anticipate this being the Citizen Kane of IF, gaming, or culture?

I can't even dare to dream that large. So maybe not Orson Wells's best movie, but perhaps his second? This will be the Transformers: The Movie of interactive fiction. Moop, *you've* got the touch! (To give us your Yes vote)

Hey everybody, just wanted to confirm that Cyberganked will be available for Linux and that awesome little MacBook you recently got. Since the game features your characters running malicious programs against enemies using IBM PCjrs, Amiga, Commodore 64s, Apple IIs and Atari 800s, it seems only right to be as platform agnostic as possible!

Read More
Description
Release date: 2016
The six members of your party awaken one day to find that the Internet is just... out. This should be impossible, with the redundancy built into the system. But nevertheless it is broken. Rather than just sit around and wait for the Internet to come back on, your party has decided to take to the streets of Gank, Colorado, and get some answers.

You quickly learn that others are wandering around outside as well. Vile cretins that normally stay exclusively on the Internet, all people who absolutely need their faces broken: people who suddenly can't pay when they win an eBay auction, forum trolls, Wikipedia admins, Christmas sweater enthusiasts and the like. It's time to settle some scores.

Cyberganked is an 80s-era, turn-based text adventure / CRPG hybrid. It uses the same four-color palette that many DOS games did with CGA graphics. You develop a party of six choosing from 10 different classes and many different political affiliations and nationalities.
< >
86 Comments

pinback Aug 2, 2019 @ 4:06pm
I fully endorse Cyberganked and am excited to see its progress and for its eventual release!

Jizaboz Aug 2, 2019 @ 3:57pm
I fully endorse Cyberganked and am excited to see its progress and for its eventual release!

pinback May 18, 2018 @ 12:27pm
I fully endorse Cyberganked and am excited to see its progress and for its eventual release!

pinback Jan 17, 2017 @ 10:12am
I fully endorse Cyberganked and am excited to see its progress and for its eventual release!

pinback Oct 31, 2016 @ 3:15pm
Sadly, though I had high hopes for this game, a lack of updates and a "release date" of 2016 which is obviously not going to happen have convinced me to remove this from my "watch list".