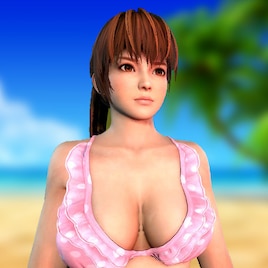 Originally second-in-line for the title of clan master within the Mugen Tenshin, Kasumi became a runaway shinobi, after she ran away from home in order to avenge her older brother, Hayate. She is also the half-sister of Ayane.
How to download? Just press Subscribe button and it'll start downloading.
Rate, comment and have fun!

Gill Mi May 31 @ 4:46am
i can finally run over a beach with a tank muwhahahahah

Mike Schmidt Mar 25 @ 11:12am
yeaaaaaaaaaa im not going to make one i dont mess with that shit