Store Page
Cities: Skylines>  Workshop > Soda's Workshop
This item has been removed from the community because it violates Steam Community & Content Guidelines. It is only visible to you. If you believe your item has been removed by mistake, please contact Steam Support.
This item is incompatible with Cities: Skylines. Please see the instructions page for reasons why this item might not work within Cities: Skylines.
Current visibility: Hidden
This item will only be visible to you, admins, and anyone marked as a creator.
Current visibility: Friends-only
This item will only be visible in searches to you, your friends, and admins. 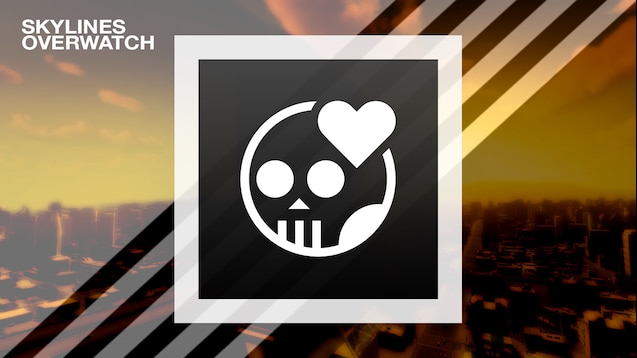 Soda
Offline
See all 1655 collections (some may be hidden)

This item has been added to your Subscriptions. Some games will require you to relaunch them before the item will be downloaded.
Description
Oversees death services to ensure that hearses are dispatched in an efficient manner. See also:
- [ARIS] Enhanced Garbage Truck AI
- [ARIS] Early Death
- [ARIS] Remove Stuck Vehicles

Please consider:
★ Rating this mod and
✍ Leaving some feedback

Details
There are two sets of important concepts to keep in mind for this mod:
1. Inside vs outside a district
2. Primary vs secondary pickup zone

Inside a District
If a cemetery/crematorium is inside a district, then:
1. Its primary pickup zone is the district
2. Its secondary pickup zone is its effective area, which is specified by the game as a radius range with the building as the center. This area is approximately 50% of one tile.

Pickup Priority
Hearses will always prioritize corpses in their primary pickup zone. However, there are several rules within this general rule:
1. Between problematic corpses (those showing the death sign) and nonproblematic ones (those that have no visual clues), hearses will prioritize the problematic ones for pickup
2. However, if they come across a nonproblematic one along their way, they will pick it up first; but only if it is not behind them
3. If there is a closer corpse of the same priority, they will redirect to the closer one; but only if it is along the original bearing
4. If there are no corpses left to pick up, hearses will "patrol" their primary pickup zone.

Efficiency vs Urgency
The pickup priority above exists to achieve a good balance between making the hearses as efficient as possible vs keeping your CIMs as happy as possible. When you see a death sign, that means a corpse has become a nusance and your CIMs are not happy about it. But if we were to prioritize getting rid of the death signs as fast as possible, we would have to take a large hit on overall efficiency; in fact, it would become counterproductive during death waves. On the other hand, if we were to do the opposite, then we would be ensuring maximum efficiency at the risk of losing buildings to abandonment. The existing setup benefits from both approaches by prioritizing problematic corpses for overall bearing, but at the same time allowing pickups of nonproblematic corpses along the way.

Conflict Resolution
Each cemetery/crematorium gets its own dispatcher. The dispatcher will try to maximize the efficiency of all its hearses, i.e., reduce the chance that two hearses will be sent to the same location for pick up. HOWEVER, just like in real life, the dispatchers of different cemeteries/crematoriums will not call each other constantly to make sure they are not all dispatching for the same corpse. So, if you have multiple cemeteries right next to each other, it is possible that a corpse will be fought over by hearses from different cemeteries. With that said, it shouldn't be a common occurrence.

Why is my hearse stopping at a house without the death sign?
Because it has a corpse :) The game only puts up the death sign if a corpse has been sitting there for an extended period of time. One way to confirm this is to follow a hearse around. When it stops at one of those houses, you will be able to see that its load percentage increases.

Why require Skylines Overwatch?
Skylines Overwatch is a high efficiency monitoring framework that mods can attach to. By using it, attached mods don't have to monitor the city themselves. This not only makes coding mods easier, but also reduces each mod's burden on the system. See Skylines Overwatch for more information: http://steamcommunity.com/sharedfiles/filedetails/?id=421028969

Check out the new FAQ: https://github.com/arislancrescent/CS-SkylinesOverwatch/wiki/FAQ

Beth2020 Aug 2, 2017 @ 8:16am
@Soda
What am I doing wrong?
I subscribed to this mod and the Overwatch mod. Clicked them on in my Content Manager. Closed the game to the desktop and came back in (just in case that was required). Placed a Vanilla Crematorium in my zoned business district (I'm using a modded crematorium all over in my game as it's cheaper). Both the Vanilla and Modded crematorium in the business district is sending hearses out that pass right by the buildings with skulls hanging above them. These skulls are right there where the crematoriums are (and in blocks around them). All the buildings with skulls are being passed by and most of my hearses are also heading out of the zoned business area to make pick-ups at residences.
What am I doing wrong?
I cannot find any Options button to say "pick up the skulled buildings first" or even "pick up the dead bodies closest to the facility first".
What am I doing wrong?

Skull_Stone Jul 27, 2017 @ 8:12am
Hi guys, this mod is unfortunatly dead but 'Chryssie' has released an updated version here: http://steamcommunity.com/sharedfiles/filedetails/?id=813833476

please unsubscribe from this mod.