Greenlight > Games > Fearem's Workshop
Greenlight is being retired. For more information on how to submit games to steam, refer to this blog post.
This item has been removed from the community because it violates Steam Community & Content Guidelines. It is only visible to you. If you believe your item has been removed by mistake, please contact Steam Support.
This item is incompatible with Greenlight. Please see the instructions page for reasons why this item might not work within Greenlight.
Current visibility: Hidden
This item will only be visible to you, admins, and anyone marked as a creator.
Current visibility: Friends-only
This item will only be visible in searches to you, your friends, and admins.
Daemonical
Description Discussions6 Announcements7 Comments276 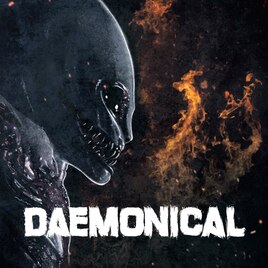 Fearem
Offline
See all 30 collections (some may be hidden)

View Daemonical in the store

after a long period of silence, we are back with a teaser trailer for the alpha, that we plan on releasing this winter. We really hope you will like it!

as promised, here is our new video update. We explain a great many things in it and show off some of the stuff that are implemented in the game.

Hope you guys will like it, and also join our Alpha: http://fearem.com/daemonicalalpha/

We are looking forward to all of your applications, and hope you will join us on our journey to releasing the game!

Talk to you soon!

Read More
Description
Release date: 2016
Take a role of a tourist running into a slaughtered team of demon hunters, and find yourself in a life and death battle against the evil force coming straight from perdition.

Enter a terrifying multiplayer horror experience featuring sessions of up to 5 players where each one of them has a potential to become the bone chilling demon that will try to slaughter the rest of the group.

Description
Daemonical is an asymmetrical horror multiplayer game in which 5 humans face off against a demon which will possess one of them when the night falls. Once someone becomes possessed, his goal is to kill all of the remaining humans, while the humans must survive by using fire and other means to ward the demon off.

The survivors must either stay alive until dawn, or activate holy altars placed randomly across the map, which will, once they are all activated, cleanse the map of all evil.

The demon is strong, cannot be killed, and can climb trees and use his special abilities to disrupt the humans, extinguish their fire sources, and play with their mind in order to hunt them down.

The humans are stronger when they are together, but they are easier to find. Stay together, or split up to avoid ending up in a group with a demon - it is completely your choice.

Will you go for the altars, or just try to hide from the demon, will you help your friends and resurrect them when they are dead, or just be a lone wolf - the game leaves that up to you.

To find each other more easily on the map, humans can do a video call with each other by using their cellphones and pinpoint their location through visual cues and communication with the player on the other end of the line.

In addition to the calls, the game also features an in-game positional voice chat, so running around the map and shouting is always a possibility, but it can prove to be a deadly choice, since the demon can hear you.

When a player dies in the game, their soul gets separated from their body and they can float around the map in the shape of a glowing ball of light. He can light the way for other players, find the demon and follow him so the others can see where he is, or just lead the others to his body so they can revive him.

Customize your character - pick your gender, choose between various player models, clothes, colors and symbols that you can put on your clothing.

javierucu Feb 5, 2016 @ 12:25am
hi, i think Daemonical looks fantastic. I love horror, hehe. Now i´m finishing the soundtrack in other game and it would be great to work beside such a promising team. I think my music could fit well in your project. You could listen here: https://www.youtube.com/watch?v=pA7fQzZ9gUU What do you think? my email is: cga.sound@gmail.com Thank you. Good Job.

Daemonical has been Greenlit and is now listed in the Steam store. For the latest information, purchase options, and discussions for Daemonical, please see it on the Steam Store or in the Steam Community.
Visit Store Page
For more details Visit Community Hub
For latest discussions
If you really, really want to, you can continue to the Greenlight page. Information on this page may be out of date, since all the action has moved to the areas noted above.