Store Page
Total War: SHOGUN 2>  Workshop > Collateral's Workshop
This item has been removed from the community because it violates Steam Community & Content Guidelines. It is only visible to you. If you believe your item has been removed by mistake, please contact Steam Support.
This item is incompatible with Total War: SHOGUN 2. Please see the instructions page for reasons why this item might not work within Total War: SHOGUN 2.
Current visibility: Hidden
This item will only be visible to you, admins, and anyone marked as a creator.
Current visibility: Friends-only
This item will only be visible in searches to you, your friends, and admins. 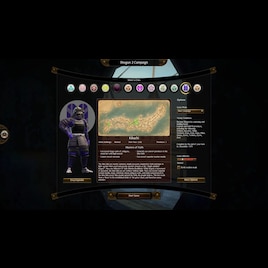 Collateral
Offline
See all 52 collections (some may be hidden)
You need DLC to use this item.

This item has been added to your Subscriptions. Some games will require you to relaunch them before the item will be downloaded.
Description
NOTE: This is a moded expanded japan, by unamine5. I did not participate in the making of that mod and the credit goes to him, he allowed me to upload these changes.

You do NOT need the expanded japan mod to play this. You also DONT need the clan DLCs, but then you will not be able to play all the clans from this mod.

IF YOU ARE USING MODS LIKE RADIOUS OR DARTH MOD, TICK THEM !!AFTER!! YOU TICKED ONE OF MY MODS. But i will warn you that things might get wierd!

I dont know yet how to edit .lua files, which means I can't change the missions. I will try to figure that out sometime. But for now I am sorry if the missions kill the mod for your games. I dont really pay attention to them anyway in the vanilla.

Don't be affraid of the fog of war! To solve this issue in the beggining of the game just select your army that is in a town and move it outside, that will reveal the map and other armies that your clan might have.

The clans: Kimotsuke, Sagara, Ito, Ryuzoji, Tsuchimochi, Shiga, Sugi, Kii, Akizuki, Aso, Kamachi, Kikuchi. The three remaining clans in the north (Matsuura, Shoni, Tachibana) are in the other mod I made.

BUGS: I am aware of the Oda army that spawns when you play as Kimotsuki. That is supposed to be an Ito army, but since Ito is playable the game gives the army to Oda since i swapped those two clans. That army is not spawned when you play as Ito, so the army is obviously not meant to be playable. I will try to resolve this when I have time, I hope it's not a huge problem for you, and for me to fix.

The Emperor of Japan Himself Jun 19 @ 10:07pm
Thank you so much! This was exactly what I needed!

Collateral  [author] Jun 19 @ 3:24am
I did it by reverse engineering. I made a tutorial myelf on how to do it https://www.twcenter.net/forums/showthread.php?688120-How-to-make-other-clans-playable&highlight=

The Emperor of Japan Himself Jun 18 @ 6:15pm
Hi mate. I'm trying to make a similar submod for personal use (basically I just want to play as Suwa) but I can't find a guide or tutorial on how to do this. I assume you have to edit the startpos in the expanded pack but I have no clue what values to change and to what. Could you please give me a link or something to where you learned how to do this? I've already looked around in a couple of forums but so far have found nothing.

Stargazzer811 May 24 @ 12:16pm
Are you aware that your clan packs remove the unique troops from the original clans?

Mitsumoto Apr 12, 2018 @ 5:56pm
Thanks for these mods! They've provided me with many more hours of entertainment in this game