Store Page
Hammerwatch>  Workshop > graham's Workshop
This item has been removed from the community because it violates Steam Community & Content Guidelines. It is only visible to you. If you believe your item has been removed by mistake, please contact Steam Support.
This item is incompatible with Hammerwatch. Please see the instructions page for reasons why this item might not work within Hammerwatch.
Current visibility: Hidden
This item will only be visible to you, admins, and anyone marked as a creator.
Current visibility: Friends-only
This item will only be visible in searches to you, your friends, and admins. 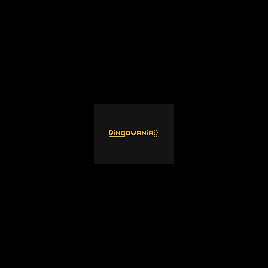 Jooby
Offline
See all 30 collections (some may be hidden)

This item has been added to your Subscriptions. Some games will require you to relaunch them before the item will be downloaded.
Description
(Updated April 5th, 2017)

We are almost to the end of the road in developing this campaign.

This version is more or less complete. Save for bugfixes we don't intend on adding any more content.

We are excited to hear what you have to say about Dingovania. If you have feedback of any kind, post either on the steam workshop page, the official forums, or respond to this google survey: https://docs.google.com/forms/d/1CqXLrNUK96ZljxkU9N4b8sdeJ3GA_SFlfw0jurmhzkY/viewform

Recently updated the build with the following changes:

Doppelganger May 20 @ 5:38am
I just hardlocked myself coming back to the snowland boss after killing it. The entrance and escape path are both blocked by tall crystals.

Sucks cuz outside of that, the map is really engaging

PAARTIMEIKRR Jan 19 @ 12:54pm
Can anybody help with the Vivek quest? My friends and I have reached the gates but we haven't got any quest regarding that.
Also we have two quests overlapping each other in the quest section.
Any ideas?

uobauoba Jun 25, 2020 @ 7:22am
Hello! I was recently playing this map with my friend and we got stuck. When hunter tells us to find three people in the Dingo keep in order to open the door. There's no main target shows in the tab menu. We don't know how to continue playing. If anyone knows please help us!

Was an awesome experience, that a great adventure! LOVE IT ! Thanks so much

BottomFeeder Feb 17, 2019 @ 1:01am
Thanks so much for the map having a lot of fun playing it. I've noticed a balance change that could be addressed. The rouge is pretty much unplayable and trashy. I recommend adding two levels of purchasable weapon upgrades up until you are able to complete the pizza quest, because spashing a soft 7 at point blank isn't great from the actual start of the game let alone late. I also recommend allowing half the smoke stun and chain stun to effect bosses. Against small mobs all the stuns do is pull you in close to things you cant fight because of low damage output, and or stun groups and prevent you from comboing because you cant reach them when they arn't moving on you; so the time you would use the skills are against bosses as support, but they have no effect on elites and bosses.

MuffinSleeve Feb 14, 2019 @ 1:50pm
Hey I'm interested in porting this map into HoH. This is my attempt in getting in contact for your permission so please respond or get in contact with me :)

FlyingSockCat Aug 3, 2018 @ 2:04pm
I found a softlocking bug :(, I went to the forest town south for the pizza quest and left the area before the guy finished speaking, which broke the quest and stopped me from being able to continue
< >