Store Page
Tabletop Simulator>  Workshop > Col. Jack O'Neill's Workshop
This item has been removed from the community because it violates Steam Community & Content Guidelines. It is only visible to you. If you believe your item has been removed by mistake, please contact Steam Support.
This item is incompatible with Tabletop Simulator. Please see the instructions page for reasons why this item might not work within Tabletop Simulator.
Current visibility: Hidden
This item will only be visible to you, admins, and anyone marked as a creator.
Current visibility: Friends-only
This item will only be visible in searches to you, your friends, and admins. 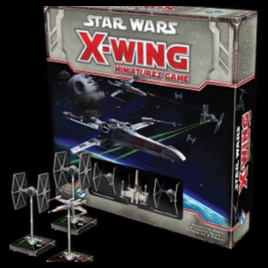 Col. Jack O'Neill
Offline
See all 786 collections (some may be hidden)

This item has been added to your Subscriptions. Some games will require you to relaunch them before the item will be downloaded.
Description
----------- DESCRIPTION ------------

The YT-2400 ship model was created by DTM from MTDindustires.

The M3-A Interceptor, the VT-49 Decimator Model, Mist Hunter, the Gonzanti Cruiser and the JumpMaster 5000 were created by Warb Null from EAW Modding.

I suggest you assemble your squads by choosing ships and cards you wanne play and then delete the rest you don't need. Or you save stuff to your chest....but that might cause you to miss updates on older stuff.

Work from other Modders:

Table Background, more Reference Cards - by Gremlyn
other Backgrounds can be found in his Album here: http://imgur.com/a/msHZM#0

Finally, I would like to recommend the "Heroes of the Aturi Cluster - Campaign" (HotAC) to you. This is a ruleset for a cooperative campaign you can play with X-Wing. It`s created by Josh Derksen who put much love and skill in his stuff. You can find the rulebook and everything you need for the `offline´version here: http://dockingbay416.com/campaign/

You can also find all the HotAC components you need to play via TTS in this mod here: http://steamcommunity.com/sharedfiles/filedetails/?id=670389846
Thanks!

.....
All rights for pictures and content in this mod are owned by Fantasy Flight Games and TM Lucasfilm Ltd.
If you like the game, buy it in RL, there it's even more fun ;)
Popular Discussions View All (8)

digitalag Mar 25 @ 7:08pm
A great work of art. Truly is makes long distance gaming with friends a reality. I know you put in many hours and the polish shows. Especially the time savers for movement and squad building.
Thank you !