Store Page
Dota 2>  Workshop > Rook's Workshop
This item has been removed from the community because it violates Steam Community & Content Guidelines. It is only visible to you. If you believe your item has been removed by mistake, please contact Steam Support.
This item is incompatible with Dota 2. Please see the instructions page for reasons why this item might not work within Dota 2.
Current visibility: Hidden
This item will only be visible to you, admins, and anyone marked as a creator.
Current visibility: Friends-only
This item will only be visible in searches to you, your friends, and admins. 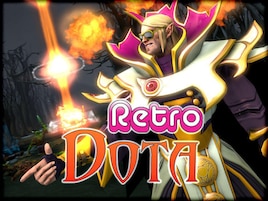 Noya
Offline
See all 36 collections (some may be hidden)

This item has been added to your Subscriptions. Some games will require you to relaunch them before the item will be downloaded.
Description
Available in English, ру́сский язы́к, 简体中文, and português brasileiro.
Long ago, Invoker mastered no fewer than 27 spells. Can you master them as well?
Or, if luck is more your game, perhaps you'd rather delve into the seedy past of the shopkeeper, when he was known as the Gambler!

Features:
Lastly, we would like to extend a special thanks to all the members of the IRC modding community, especially those who provided libraries or tools used in the creation of this custom game.
Popular Discussions View All (9)

Siberian Frontier Apr 10 @ 9:36am
how do you even play this thing

zzz Feb 26, 2018 @ 12:00am
Hi, I'm the author of DOTA2 AI Fun, it's a custom game aiming at adapting the DotA AI Fun map into DOTA2, fun heroes and fun items. I'm wondering if some kind of cooperation is possible. Please add me.

Pavloff Jul 9, 2016 @ 2:23pm
Absolutely cool. May be any updates in future? I really want to play for old Pudge-pusher with corpses and flies!