Greenlight > Games > Minty's Workshop
Greenlight is being retired. For more information on how to submit games to steam, refer to this blog post.
This item has been removed from the community because it violates Steam Community & Content Guidelines. It is only visible to you. If you believe your item has been removed by mistake, please contact Steam Support.
This item is incompatible with Greenlight. Please see the instructions page for reasons why this item might not work within Greenlight.
Current visibility: Hidden
This item will only be visible to you, admins, and anyone marked as a creator.
Current visibility: Friends-only
This item will only be visible in searches to you, your friends, and admins.
Hyper Syntax
Description Discussions0 Announcements2 Comments43 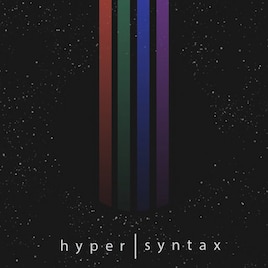 PhrozynWynd
Offline
See all 4 collections (some may be hidden)
Recent Announcements View All (2)
We're not dead!
March 13, 2016 - K. D. Bones

Hey everyone! I just wanted to do a small update and let you folks know that we're totally super absolutely NOT dead. The reason we have not had an update/announcement since September is due to members of our team moving on and obtaining jobs that would not allow them to continue on with the game (which we totally support!). However, that meant production got cup checked and things have taken longer than we'd like. Currently, we're refining some stuff as well as making new stages, but that's all I can say for now. just know to those of you who supported our game and helped us get greenlighted, we're not high and dry just yet, and you'll be flying into each other soon enough.

Tune in next time! Ideally it won't be six months!

Hey everyone, we've been officially Greenlit by the community and by Steam and we couldn't be more happy and excited to continue working on this and bring out what we think is a really fun experience in Hyper Syntax! As the project lead on this I am very excited to be bringing updates on our progress as we finish polishing the game up and bringing it to everyone who is so excited for this game!

If you guys are interested in keeping up with our dev history please make sure to follow the game on Twitter @HyperSyntaxGame and please share with all your friends! The game just isn't the same without a bunch of people with you to play with!

Stay tuned, we are already hard at work on the final push to Greenlight! :D
-Dan T.

Read More
Description
Hyper Syntax is a splitscreen multiplayer party game in which you and up to three others pilot space ships which leave light trails behind them. Hitting anything in the environment, including your own light trails, will destroy your ship. As you and others move throughout the level your trails alter the environment by creating new hazards and paths for all players. Along with this movement and maneuvering players also have an EMP burst to disorient nearby players. Using these tools players fight over the objective in a constantly evolving environment.
< >
43 Comments

Torch Apr 22, 2015 @ 10:04am
3D light cycle makes me happy. Have you thought about making the collision animations slightly more... ermm... 'impactful' What I'm saying is there isn't any kind of destruction just a kind of respawn / reset. It's not made immediately obvious hitting the trail is a bad thing