Store Page
Cities: Skylines >  Workshop > enkafan's Workshop
This item has been removed from the community because it violates Steam Community & Content Guidelines. It is only visible to you. If you believe your item has been removed by mistake, please contact Steam Support.
This item is incompatible with Cities: Skylines. Please see the instructions page for reasons why this item might not work within Cities: Skylines.
Current visibility: Hidden
This item will only be visible to you, admins, and anyone marked as a creator.
Current visibility: Friends-only
This item will only be visible in searches to you, your friends, and admins. 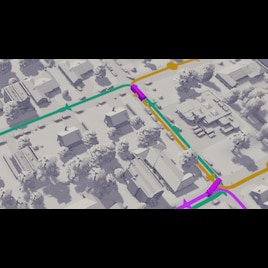 FrF
Offline
See all 17805 collections (some may be hidden)

This item has been added to your Subscriptions. Some games will require you to relaunch them before the item will be downloaded.
Description
Automatically picks colors and names for bus, metro and train lines. Compatible with Extended Public Transport UI

After Dark Updates
Bug fixes and features have been pushed! Thanks to techfreek you can set the options in the regular Options dialog. There were some compatability problems that caused the game to crash, hang or just plain not work. Those seem to be ironed out with limited testing this afternoon. This release should definitely be considered beta.

Updated!
New color picking strategy and naming are now supported, plus customization of the color lists.

By default it will stick to the default line hues, but you can customize this. Settings are stored in the Cities Skylines root

After running the mod for the first time, the default settings will be placed here. Edit these and restart your game to use the new values.

This strategy colorises using a deterministic sequence based on 18 base hues (3 variations on each of the primary and secondary colors). The next hue is chosen to be reasonably far away from the previous one.

Buses are pale. There are 3 levels of paleness, as I tend to have a lot of buses.
Metro are bright. There are 2 levels of brightness (full bright, and partly darkened).
Trains are dark.
Once the colors are exhausted the sequence repeats.

Valid values for NamingStragey are None, London or Districts. None will not set the names of the lines. London is a naming strategy inspired by transport naming schemes in London.

Joku Muu Apr 6 @ 2:07am
Do not use. It will ruin you saving progress. My saves became infinite loops and eventually they did not save at all. I have all DLCs.

- Mod seems (or is) abandonned; future updates are unlikely.

THIS MOD MAY CAUSE PROBLEMS IN-GAME

How to Find Broken and Bloated Assets