Greenlight > Concepts > Jumpdrive Studios's Workshop
Greenlight is being retired. For more information on how to submit games to steam, refer to this blog post.
This item has been removed from the community because it violates Steam Community & Content Guidelines. It is only visible to you. If you believe your item has been removed by mistake, please contact Steam Support.
This item is incompatible with Greenlight. Please see the instructions page for reasons why this item might not work within Greenlight.
Current visibility: Hidden
This item will only be visible to you, admins, and anyone marked as a creator.
Current visibility: Friends-only
This item will only be visible in searches to you, your friends, and admins.
XO
Description Discussions1 Announcements12 Comments10 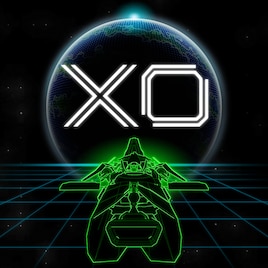 After six months of hard work and planning, the day is finally here. With your help we can make XO the best game it can be. Head over to Greenlight (not Concepts!) and vote for XO!

Earlier this year, we announced XO on Square Enix Collective: a curated platform that enables creators to post ideas, and gamers to judge whether those ideas should become reality or not. The community voted in our favor, and now the Collective has decided to support us during our Kickstarter – while allowing us to retain our IP and full creative control.

To be clear: we’re not getting money from Square Enix.

The Collective is good for us because we’re a small team with limited resources. They’ve provided guidance on XO’s production, and helped us refine our marketing strategy.

The Collective is good for you because they put us through a detailed assessment review. You can rest assured knowing that Square Enix is confident in our abilities, and that we’re putting your money to good use!

The first backer tier on Kickstarter starts at just $10, and there are a few early bird rewards, so hurry over to our Kickstarter page before they run out! The first 3 days are the most important… statistically the more you can raise in that time, the better the chance are you’ll succeed. So if you’re into the game, please don’t delay!

Along with our upcoming Kickstarter campaign, we'll be pushing the button on Greenlight Monday morning. Thanks for everyone who's been following along... now let's get this project greenlit!

Read More
Description
In XO you command a ragtag fleet of starships against an unbeatable enemy. You'll be evacuating refugees, scrounging for resources, overcoming political treachery, and assembling your flock from one jump point to the next. Your goal is to lead what's left of humanity out of reach from the unknown threat that pursues.

Overview
Inspired by sci-fi works such as Battlestar Galactica, The Lost Fleet series, and games like FTL, our strategy game will test your skills as a leader in times of great need.

You are the captain of the last remaining battleship in the fleet. A relentless, overwhelming enemy has emerged to abduct your people. There's no time to colonize planets, negotiate with alien races, or build an empire. You're outnumbered, out-gunned, and low on resources. Knowing when it's time to fight or flee will be the key to saving the human race.

Commanding your fleet and managing resources is only part of your job. You'll also need to lead a myriad of personalities as you amass and protect a flock of civilian ships. Who you choose to elect onto your council will effect the entire fleet and alter the options available to you. Your leadership will either inspire loyalty and sacrifice, or drive your people to treachery and sabotage...

Gameplay
XO is a single player game. Newtonian physics govern starship movement in a 2D plane. The game unfolds in real-time but you can pause the action and issue commands. Most of the gameplay is procedurally generated, including events, weapons, star systems, and personalities. These rogue-like elements ensure XO will be replayable and unique during each session.

Jumpdrive Studios  [author] Apr 20, 2015 @ 12:55pm
Thanks to everyone who's checked out our concepts page. We were just added to Square Enix Collective - you can vote for XO there!

Jumpdrive Studios  [author] Apr 7, 2015 @ 12:24pm
Thanks for the feedback! We want to capture the tension and fear of being overwhelmed by an unknown enemy. Lots of people are going to die, so things get pretty dark. At the moment we have plans for how the game will end, but don't want to give too much away just yet.

Orionnoir Apr 7, 2015 @ 9:28am
Looking forward to seeing where this goes. The visuals are great. Music sounds good. I love the simplicity of it and how clean this lends itself to the conveyance of information. How "dark" do you see the game getting. I presume this is an endless runner of sorts if you can even describe the gameplay that way (i.e., go till you can go no more.)