Greenlight > Games > Ghost in a Bottle's Workshop
Greenlight is being retired. For more information on how to submit games to steam, refer to this blog post.
This item has been removed from the community because it violates Steam Community & Content Guidelines. It is only visible to you. If you believe your item has been removed by mistake, please contact Steam Support.
This item is incompatible with Greenlight. Please see the instructions page for reasons why this item might not work within Greenlight.
Current visibility: Hidden
This item will only be visible to you, admins, and anyone marked as a creator.
Current visibility: Friends-only
This item will only be visible in searches to you, your friends, and admins.
Octopus City Blues
Description Discussions0 Announcements1 Comments76 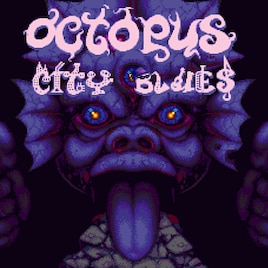 Thank you for your continued patronage of GHOST IN A BOTTLE's[ghostinabottle.com] products and services.

Two weeks ago, the latest title in the OCTOPUS CITY series, "OCTOPUS CITY BLUES" was released on STEAM GREENLIGHT. Thanks to the support of fans around the globe this revolutionary simulation is now over 50% of the way to GREENLIGHT's top 100. We greatly anticipate and deeply appreciate your ongoing support for the OCTOPUS CITY brand.

Please continue to spread the word to ensure that all STEAM users can safely indulge in OCTOBLOOD. Users will be able to experience new emotions such as waiting for the Centipede train to arrive, or vengefully stepping on innocent dung beetles.

If you haven't tried the demo already, you can grab it on http://ghost-in-a-bottle.itch.io/octopus-city-blues. To learn more about the world's first authentic Octopus City software, check out the official website[www.octopuscityblues.com]. 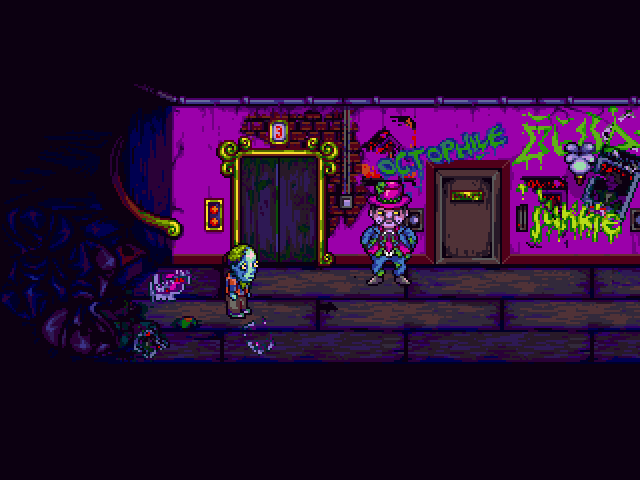 Armed with this knowledge, you may embrace the unknown and fulfill your destiny. Tell your homeless friends about the simulation. Tell your ungrateful cyborg son. Tell the lingering shadow of doubt that haunts your dreams. Say goodbye to your aging mother. Bury your first toy without looking back. Close your weary eyes and enter humanity's last bastion. Enter OCTOPUS CITY.

Read More
Description
The Ghost in a Bottle Zaibatsu is pleased to announce Octopus City Blues, the authentic Octopus City simulation. For people unacquainted with Octopus City simulation genre, the simulation resembles adventure games of yore, immersing players in a fascinating setting filled with unusual characters. We place special emphasis on exploration, replay value and the consequences of choices.

Assume the role of Kaf Kafkaryan, a cowardly middle-aged octopus blood junkie and tentacle trimmer, living in a city built around a giant octopus. Kaf has succumbed to bizarre nightmares about a world populated by twisted creatures. To aid the inhabitants of his dreams, he must explore the underside of the towering metropolis and learn more about the seedy lives of its citizens. Along the way he becomes entangled in a conspiracy with far-reaching implications for Octopus City.

You can learn more about Octopus City Blues and evaluate a demo of this educational simulation on our website: http://octopuscityblues.com
< >
76 Comments

Octopus City Blues has been Greenlit and is now listed in the Steam store. For the latest information, purchase options, and discussions for Octopus City Blues, please see it on the Steam Store or in the Steam Community.
Visit Store Page
For more details Visit Community Hub
For latest discussions
If you really, really want to, you can continue to the Greenlight page. Information on this page may be out of date, since all the action has moved to the areas noted above.