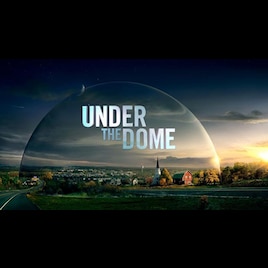 This item has been added to your Subscriptions. Some games will require you to relaunch them before the item will be downloaded.
In 1 collection by Red Earth
Improvement improvments

Domes! They could be better. Focus too much on them like the AI does and you'll be domed for all eternety. They cost too much and take up space where you could put something else. So how do you make them good without making them too good? By having situational bonuses!
Domes cost 2 energy (one less with biospheres) and give 2 culture. And that 10 hitpoints that I can't imagine ever being a key factor for a human player.
So with this, the dome gets an extra 1 culture if it is:
Next to a city,
On a hill,
On the coast,
Has fresh water i.e. a lake or river.
Basically the better it is to live on that tile the better the dome is. Nice mountaintop view of the ocean with a lake on the other side and the city close by for a short commute. That's dome life. 6 culture! Not a tile you'll get often though.

I've also included part of Artificial Unintelligence Lite by Delnar_Ersike. Specifically the part that reduces the AI's love of culture. The AI loves their domes and terrascapes and if I didn't lessen that while making domes better they'd never build anything else.

Known Issues:
A dome that is giving 5 culture will show a 9 on the tile, but it is generating the correct amount.

tmgrin Jun 9, 2015 @ 10:01am
Hey, I dig your mods. Would you be willing to do me a solid? I want to make like a revers e Dyson Sphere on supremacy. Would you be willing to kick out a quick mod that turns the Node into a +2 science, production and culture at a -2 energy cost with a production time a little bit more than the standard node? That would make my day. If not, can you point me in the direction of doing it on my own? I can't code for shit, and there aren't many tutorials out yet for just changing improvement's stats online that I could find.

qscrew Feb 14, 2015 @ 12:32am
Such an awesome idea. I wonder if the AI will actually be improved by this. I could use a stronger opponent for my antisocial gaming days >.> and maybe now I'll build more than one dome per game. Props to the modder.
< >