Greenlight > Games > Team Neptune's Workshop
Greenlight is being retired. For more information on how to submit games to steam, refer to this blog post.
This item has been removed from the community because it violates Steam Community & Content Guidelines. It is only visible to you. If you believe your item has been removed by mistake, please contact Steam Support.
This item is incompatible with Greenlight. Please see the instructions page for reasons why this item might not work within Greenlight.
Current visibility: Hidden
This item will only be visible to you, admins, and anyone marked as a creator.
Current visibility: Friends-only
This item will only be visible in searches to you, your friends, and admins.
Neptune, Have Mercy.
Description Discussions1 Announcements1 Comments122 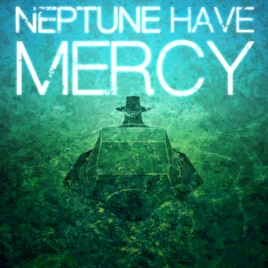 Team Neptune
Offline
See all 16 collections (some may be hidden)
Kickstarter
Recent Announcements View All (1)
Update #1 - Gameplay Commentary #1
February 4, 2015 - Team Neptune
Greenlight and Kickstarter launch day was a success!
Thank you everyone for your support so far!

We've got the first of a series of gameplay commentary videos we'd like to share with you.
We'll be keeping these very short and focused.

Today, Tristan shows some combat and property mechanics with one of our more hostile creatures:

In other news, we scored some nice press coverage of the launch :

These are awesome! We're excited to see word about the game is spreading.

Kickstarter Campaign
There are still early bird rewards available in our Kickstarter campaign.

We're off to a good start, but not in the clear yet. If the idea of a retro scifi submarine roguelike makes you tingle, help make it happen! Please consider supporting our campaign.

That's all for now, thanks everyone!

Gameplay
In Neptune, Have Mercy, you will embark on a deep sea voyage, exploring the depths of an alien world. The game is like Insanely Twisted Shadow Planet and Ecco the Dolphin meeting FTL with a splash of Metroid.

Setting
The Vintridge Corporation has granted a small group of expert scientists the mission of a lifetime: an exploratory expedition to Triton, the mysterious moon of Neptune.
These scientists, escorted by some of the military's top brass as well as Vintridge specialists, board a submarine and dive into the deep dark oceans of Triton.
To their delight, this new world is vibrantly alive and overflowing with riches. Around every corner, however, mortal danger lies in wait.