Greenlight > Games > Elite Treacle's Workshop
Greenlight is being retired. For more information on how to submit games to steam, refer to this blog post.
This item has been removed from the community because it violates Steam Community & Content Guidelines. It is only visible to you. If you believe your item has been removed by mistake, please contact Steam Support.
This item is incompatible with Greenlight. Please see the instructions page for reasons why this item might not work within Greenlight.
Current visibility: Hidden
This item will only be visible to you, admins, and anyone marked as a creator.
Current visibility: Friends-only
This item will only be visible in searches to you, your friends, and admins.
Portal: Outside Influence
Description Discussions33 Announcements8 Comments590 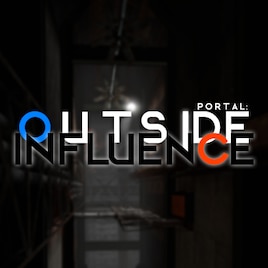 Portal: Outside Influence will be playable at the PC Gamer Weekender in Olympia, London, February 18th and 19th!

Come pay us a visit at Booth E18 in the Gaming Zone (Common Room)!

As many of you are aware, the original plan was that Outside Influence would be finished this month (August 2016) and released. Sadly, due to a number of circumstances, that is no longer the case. While we're not quite ready to do a proper media release, I'd like to share some of the work we've been putting in over the past 9 months:

Moved to a custom version of the Portal 2 engine with:

We've been completely revamping the art style and working from uncompressed assets, as well as redesigning various models to match the new look. We've also refocused the gameplay from what we once had to something new and innovative that expands the Portal formula in a major way. I don't want to say more right now (we're planning a media release sometime soon), but rest assured that Outside Influence will be far better for the delay.

TL;DR: The game will be released and has not been cancelled, but won't be launching this month.

Thanks,
Sam Morris
(Lead Developer, Elite Treacle Ltd.)
Read More
Description
Release date: Late 2017-Early 2018
The war is over. Mankind lost. Scattered and spread across the planet, the survivors search for refuge in the ruins of the old world. One of these stragglers stumbled across something that hasn't been seen by outside eyes for a long time...

NOTE: Is a third-party mod, not endorsed or created by Valve.

Outside Influence is a mod for the original Portal; a new story set within the shared Half-Life/Portal universe, with new testing elements, environments and music. Contains additional features, such as fully voiced audio logs that tell the stories of those who worked at Aperture Science in its last days, improved visuals and a zoom scope a la Portal 2.

This is "Volume One" of Outside Influence. Volume Two will be released at a later date as a mod for Portal 2, concluding the storyline started here. We are targeting release on Windows, Mac and Linux sometime soon.

(*Due to Greenlight restrictions, I can't directly link Portal: Skyline here. You can find it either on our website, or via your search engine of choice.)
< >
590 Comments

Andybananas Jan 26 @ 12:55pm
yeah a discord server would be nice

SpAM_CAN  [author] Feb 22, 2021 @ 2:51pm
It's still in development. I'm working on it, slowly. Between a full time job, completing uni, and contributing to other projects, it's not a quick process. The scope of the game has expanded a fair bit too.

It'll happen, people. I'll show it off when I'm ready.