Greenlight > Games > LABS's Workshop
Greenlight is being retired. For more information on how to submit games to steam, refer to this blog post.
This item has been removed from the community because it violates Steam Community & Content Guidelines. It is only visible to you. If you believe your item has been removed by mistake, please contact Steam Support.
This item is incompatible with Greenlight. Please see the instructions page for reasons why this item might not work within Greenlight.
Current visibility: Hidden
This item will only be visible to you, admins, and anyone marked as a creator.
Current visibility: Friends-only
This item will only be visible in searches to you, your friends, and admins.
DARK SHORES
Description Discussions2 Announcements3 Comments86 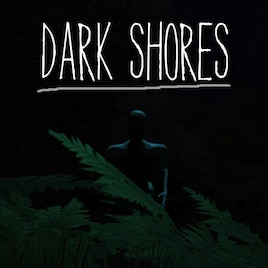 LABS
Offline
See all 5 collections (some may be hidden)

View DARK SHORES in the store

It’s been a crazy huge couple of months for DARK SHORES, so I figure I’d clue everyobody in on what’s been going on. We’ll be making weekly posts (barring any major issues) giving updates on the state of the project. So without further ado, here we go!

First and foremost, the game has been Greenlit!!!! Ahhhhh, crazy!

We were forunate enough to get Greenlit in late April, after about 13 weeks of campaigning- all in all, it was a pretty fast turnaround, and we were fortunate to avoid the “stalled Greenlight” status that so many projects face.

So as many of you may have noticed, things have been very quiet ever since. Here’s what we’ve been up to.

The biggest change is that we’ve done a significant tech change from Unreal Development Kit (UDK) to Unreal Engine 4 (UE4). The main factor here being that even though reception to the greenlight pitch was extremely favourable, we got a lot of flack from some community comments:

“ This is painful.. are you kidding me people are you fucking kidding me this is trash this is complete and utter garbage copy pasta bullshit thats gonna be fucking abandoned after it made money off of you poor idiotic bastards that fall for it every god damn fucking time. You let the stream of horse shit like this flood steam with your fucking green light bullshit and YOU KNOW that as soon as some dirtbag “Lets Player” makes a video about it and mocking how bad it is you gonna fucking run and get this for the sake of irony, cause its SOOO BAD ITS GOOD HAHAHAHAHAAHAAGHGHAJGH! FUCK YOU “

The fact of the matter is that there is soom veracity- despite being an indie game, people have high standards, and we need to meet them. So we’ve spent the last half year migrating everything over from UDK to UE4. This was a pretty significant task, but the game absolutely is for the better.

The general quality, graphical fidelity, and overall workflow has improved, allowing us to create the best possible game. We’ll roll out some more screens and info over the months, but it will all be reported here.

DARK SHORES has been greenlit!

And it's all thanks to you, the community. After the shock and surprise has worn off, I'm rolling up my sleeves and getting to work.

I'd like to thank everyone that's voted, and even those who have passed on the project- everyone has provided valuable feedback which I am taking into heart.

There's still a lot of work to be done, and I'd like to share my roadmap with you. Based on community feedback, I am prioritizing the following:

If people would like to give feefback or ask questions, feel free to drop me a line!

Read More
Description
Release date: Fall 2016
WHAT IS THE GAME?

A charter plane containing five young tourists crashes on a remote island, deep within the South Pacific. As the tourists struggle to survive on the island, they soon realize that keeping themselves fed and sheltered is the least of their worries. There’s something else on this island. Hunting them.

In most games, when the player dies, they would respawn at a checkpoint. This however makes death less meaningful, as the player knows that if they get caught, they can just start again. This essentially means that any scary moments lose their appeal instantly. But in Hunted, the severe consequences elevate the tension.

When the player dies as one character, the story continues as another. This makes for a branching storyline, where the outcome is entirely dependent on who lives, and who dies.

LABS focused on an un-scripted hunter in an attempt to create fear that isn’t linear. Once the player becomes aware of the scripted nature planned jump scares, the metaphorical curtain is pulled back, and horror games can lose their impact. To avoid being just a simple haunted house, a level of unpredictability has been added.
< >
86 Comments

Now that you explain it in that sense, it sounds a bit more appealing.

LABS  [author] Feb 4, 2015 @ 7:04pm
Hey Alan. This game is far more narrative focused than other games. I developed this game wanting to create an interesting narrative experience- to experiment with how a story reacts to a changing cast of characters. There's the main story with multiple endings, but there's also a pretty hefty backstory that sheds light on the creature hunting you, and the island itself. If you take a look at the gameplay walkthrough, you can see (at a few points) some scattered journal entries. Those optional collectables reveal the plot and back story bit by bit.

alan Feb 4, 2015 @ 6:33pm
How is this any different than The Forest in terms of straight up gameplay and experience?

Is there a backstory? Is there an actual end to the game that can be achieved? Or do you just keep seeing how far you can get with each playable character?

Is there actually a story itself that we can get immersed into and learn more and more about as it progresses?

DARK SHORES has been Greenlit and is now listed in the Steam store. For the latest information, purchase options, and discussions for DARK SHORES, please see it on the Steam Store or in the Steam Community.
Visit Store Page
For more details Visit Community Hub
For latest discussions
If you really, really want to, you can continue to the Greenlight page. Information on this page may be out of date, since all the action has moved to the areas noted above.