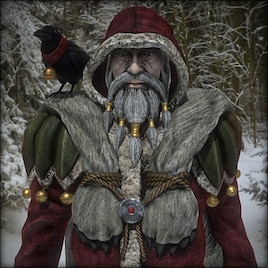 This item has been added to your Subscriptions. Some games will require you to relaunch them before the item will be downloaded.
Description
"- The legend has it that there's an old man who lives far to the north, where the winds are colder than the heart of a whispmother. He is a secluded and solitary man, and in this one specific night of each year, he wanders in his carriage moved by a group magic elks, bringing doom to lowlives from all around Tamriel, so behave little one, the last thing you'll want to know is the wrath of the Northern Overlord."

- Male only set.
- Five wearable items.
- One custom facial hair option.
- Each piece has its own enchantment.
- Two versions of the raven, posed to be used with, or without the cloak.
- A secondary texture set by Corvalho: 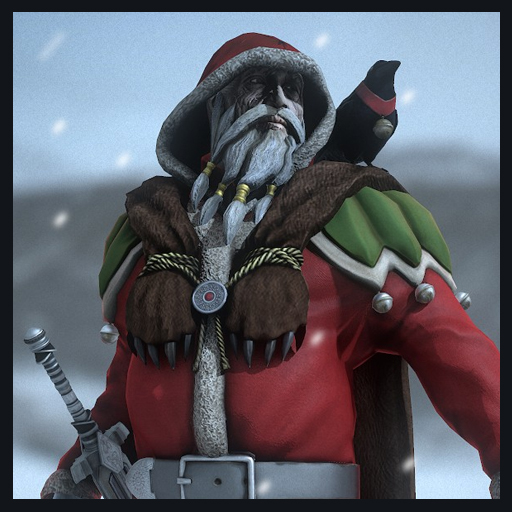 There will be a chest in the road down from Winterhold, just fast travel there and follow the road out of the city, it'll be by a carriage and a couple elks. (View screenshot).

None, if you have the game you are good to go.

Lazydazed Mar 2, 2019 @ 10:08am
I downloaded this mod, but when I went to get the armor I ended up with the Corvalho texture'd one. I don't even have that version installed. Help please!

That would actually have been an interesting idea :p sadly no it does not :(
< >