Greenlight > Games > The icehouse's Workshop
Greenlight is being retired. For more information on how to submit games to steam, refer to this blog post.
This item has been removed from the community because it violates Steam Community & Content Guidelines. It is only visible to you. If you believe your item has been removed by mistake, please contact Steam Support.
This item is incompatible with Greenlight. Please see the instructions page for reasons why this item might not work within Greenlight.
Current visibility: Hidden
This item will only be visible to you, admins, and anyone marked as a creator.
Current visibility: Friends-only
This item will only be visible in searches to you, your friends, and admins.
Bloodwood Reload
Description Discussions1 Announcements10 Comments303 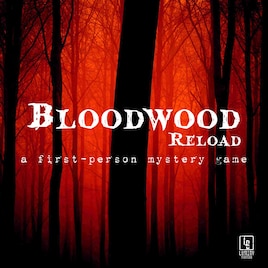 Millennium2k
Offline
See all 28 collections (some may be hidden)

View Bloodwood Reload in the store

Hello everyone,
we solved the issue with our pc and we fixed most bugs found.
Maybe you can find more some minor bugs but we decided not lose more time in a free project, then Bloodwood Reload will be released on 31st october on Steam, Zodiac Store, Itch.io and GameJolt.
This will be our gift for the Halloween day.
Thanks a lot for your interest in our project.
Enjoy!

Hi,
As you know we are in the testing phase for a long time, solving problems, fixing bugs, adjusting everything in order that the game works out as polished as possible. But this task is taking us longer than expected due to several problems.

After thinking it carefully, we have decided not to have release date until all problems are solved because we think that it is the better thing we can do, at this point we do not want to release hastily a game with serious bugs, even if the game is free. So we have decided to take all the necessary time, but we hope to finish it completely this year :D

If you want to know more about this decision, you can read the last article in our DevBlog[luminystudios.tumblr.com].

Thanks for your patience and your support.

If there are news we will inform you.

Read More
Description
Release date: Summer 2015
Quick introduction:
Bloodwood Reload is the updated version of an old project that was initially released in 2008. It's a first-person mystery game with an original story about the secrets to be found within a small village located in central Europe, where time appears to be trapped in the 18th century. Bloodwood reload will be released for free!

About the developer:
We’re a very small team of game developers, actually there’s just two of us. We don’t believe that creating a great adventure requires a huge team, high-end equipment and unlimited financial resources. Instead, we have great motivation, good ideas and our skills. We are working with a ridiculously small budget, but we have managed to get pretty far already.

The game:
In a small village in central Europe something is happening, the forest growing around them has something different, their wood is a red unique in the world. This does not pass unnoticed to the world's largest logging company, the White Wood Company, which does not hesitate to send their men to take over its exploitation rights. But what apparently seemed a routine work, will become a horrible nightmare when men of the company begin to investigate the dark past of the village.

Focusing on exploration, discovery and an interaction with the beautiful and dark world of Bloodwood , the game contains no combat action of any kind, and the few scary parts of the game are less about terror and more about creating an atmosphere of a clammy unease.

javierucu Feb 5, 2016 @ 12:48am
hi, i think Bloodwood Reload looks fantastic. I love horror, hehe. Now i´m finishing the soundtrack in other game and it would be great to work beside such a promising team. I think my music could fit well in your project. You could listen here: https://www.youtube.com/watch?v=pA7fQzZ9gUU What do you think? my email is: cga.sound@gmail.com Thank you. Good Job.

Bloodwood Reload has been Greenlit and is now listed in the Steam store. For the latest information, purchase options, and discussions for Bloodwood Reload, please see it on the Steam Store or in the Steam Community.
Visit Store Page
For more details Visit Community Hub
For latest discussions
If you really, really want to, you can continue to the Greenlight page. Information on this page may be out of date, since all the action has moved to the areas noted above.