Store Page
Dota 2>  Workshop > Invalid nick's Workshop
This item has been removed from the community because it violates Steam Community & Content Guidelines. It is only visible to you. If you believe your item has been removed by mistake, please contact Steam Support.
This item is incompatible with Dota 2. Please see the instructions page for reasons why this item might not work within Dota 2.
Current visibility: Hidden
This item will only be visible to you, admins, and anyone marked as a creator.
Current visibility: Friends-only
This item will only be visible in searches to you, your friends, and admins. 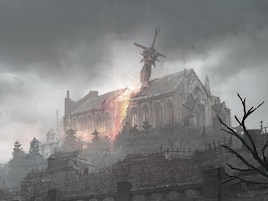 Invalid nick
Online
See all 139 collections (some may be hidden)

This item has been added to your Subscriptions. Some games will require you to relaunch them before the item will be downloaded.
Description
The game we love on a new map...

OBJECTIVE
Classic DotA-game mode on a new map, destroy your enemies Ancient to win the game

MAP LORE
The monastic town of River’s End had always been quiet, even after the fall of the Mad Moon. From time to time, merchants brought news of skirmishes and bandits, but they seemed always to be far from the sleepy township. Instead, life in River’s End revolved around the production of the beers and cheeses that had made the town famous.

At the height of its popularity, River’s End played host to a visit from the Secret Shop itself, its lone attendant hawking rare artefacts like none the townsfolk had seen. The Secret Shop attracted the attention of heroes from far flung regions, searching for ways to augment their strange powers and unnatural strengths. Far away, curled in his rocky nest, Roshan sensed the gathering power and stirred.

Reaching River’s End in the dead of night, Roshan found the Secret Shop unattended, its wares strewn hither and thither across the countertops. Buried among the relics, there pulsed an ancient power. He raked a claw across the treasures, scattering swords and precious stones, revealing the Aegis of the Immortal. Satisfied with his theft and with the sun rising, the ancient beast retreated to the basement of the town’s chapel, where the cool stone walls reminded him of the pit he was spawned in.

As the sun rose, the secret shopkeeper rose and repacked his bedroll, readying himself for another day of explaining basic economics to the Ogre Magi. When he saw that the shop had been plundered while he slept, he flew into a rage and cursed the town of River’s End. He swore on any gods that would listen that he would strike down whoever had raided the shop.

The sky darkened as he made his oaths, a thick layer of cloud dimming the morning sun. Thunder pealed and lightning rent the air, but he continued, invoking names and creatures that none of the townsfolk had heard from, calling on debts and favours in languages long since extinct.

The gods answered his prayer, a vast blade fell from the sky, tongues of flame creeping up its leading edge. The sword cleaved through the chapel, missing the sleeping Roshan by inches. Though he escaped being crushed by the blade, he was bound to it, destined wait in the shattered chapel for death to find him.

Despite their innocence, the curse left none of the inhabitants of River’s End untouched. A tide of avarice turned friends and neighbours into enemies as looting and pillaging swept the town.

As a wandering hero, you spawn outside River’s End…